‘…knowledge is acquired only by what we may call “the act of knowing,” which is both encouraged and tested by narration, and which further requires the later test and record afforded by examinations.’
A Philosophy of Education by Charlotte Mason, Pg. 292
It took a while for me to be convinced that exams at the end of each term of AO were beneficial. I thought it was a waste of time and I might as well use the week profitably and get on with the next term’s work. Part of the problem was that when we first started AO I didn’t start everyone at the same time. I had four children in various weeks of the term’s work and this made scheduling exams really awkward.
This year, however, it was much easier as both Moozle & Bengy’s weeks line up. We’ve just finished an exam week – Term 1 of Year 4 & Year 8.

The general outline of the Year 4 exam questions below is taken from the Ambleside Online suggestions but I’ve changed some and adapted others to suit our Australian content and our personal situation.

Write 2-4 lines of a poem that you memorized this term.

She chose The Owl by Alfred Lord Tennyson.

A dragon-fly is caught in the meshes of the web. With one wing free it struggles to escape. It shakes the web, but the cables hold in spite of the shaking.

The Story Book of Science Pg 131

I started doing regular studied dictation with Moozle a few months ago and can see an improvement in her spelling over that time. 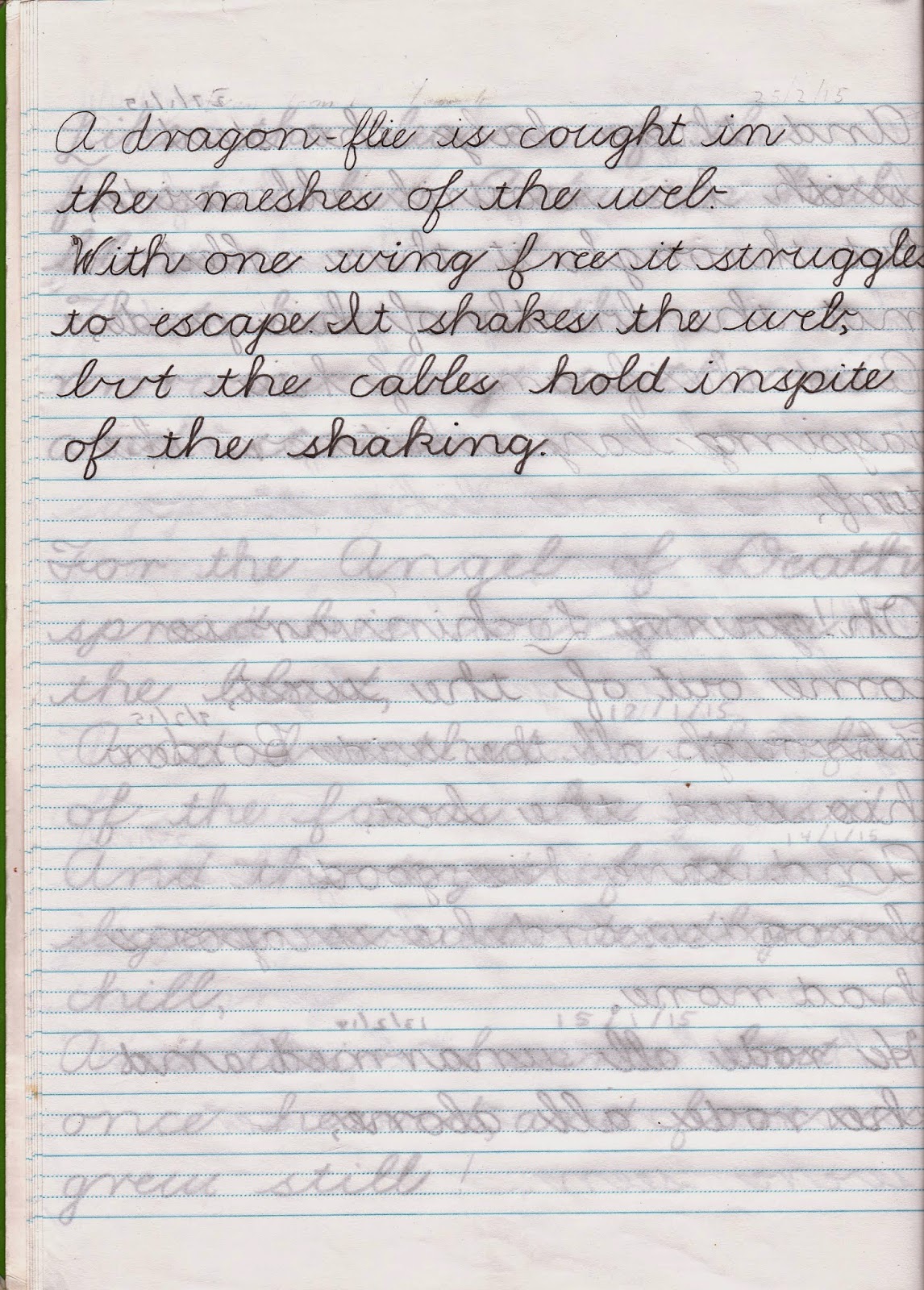 1. Describe your favourite scene or character from Shakespeare’s The Winter’s Tale

2. Narrate a story from Age of Fable

This narration was done after we finished The Winter’s Tale late last year and I’ve included it here as an early exam piece. We haven’t read Shakespeare this year but we are going to see a performance of A Midsummer Night’s Dream on the weekend and next week when we start Term 2, we’ll begin a new play. 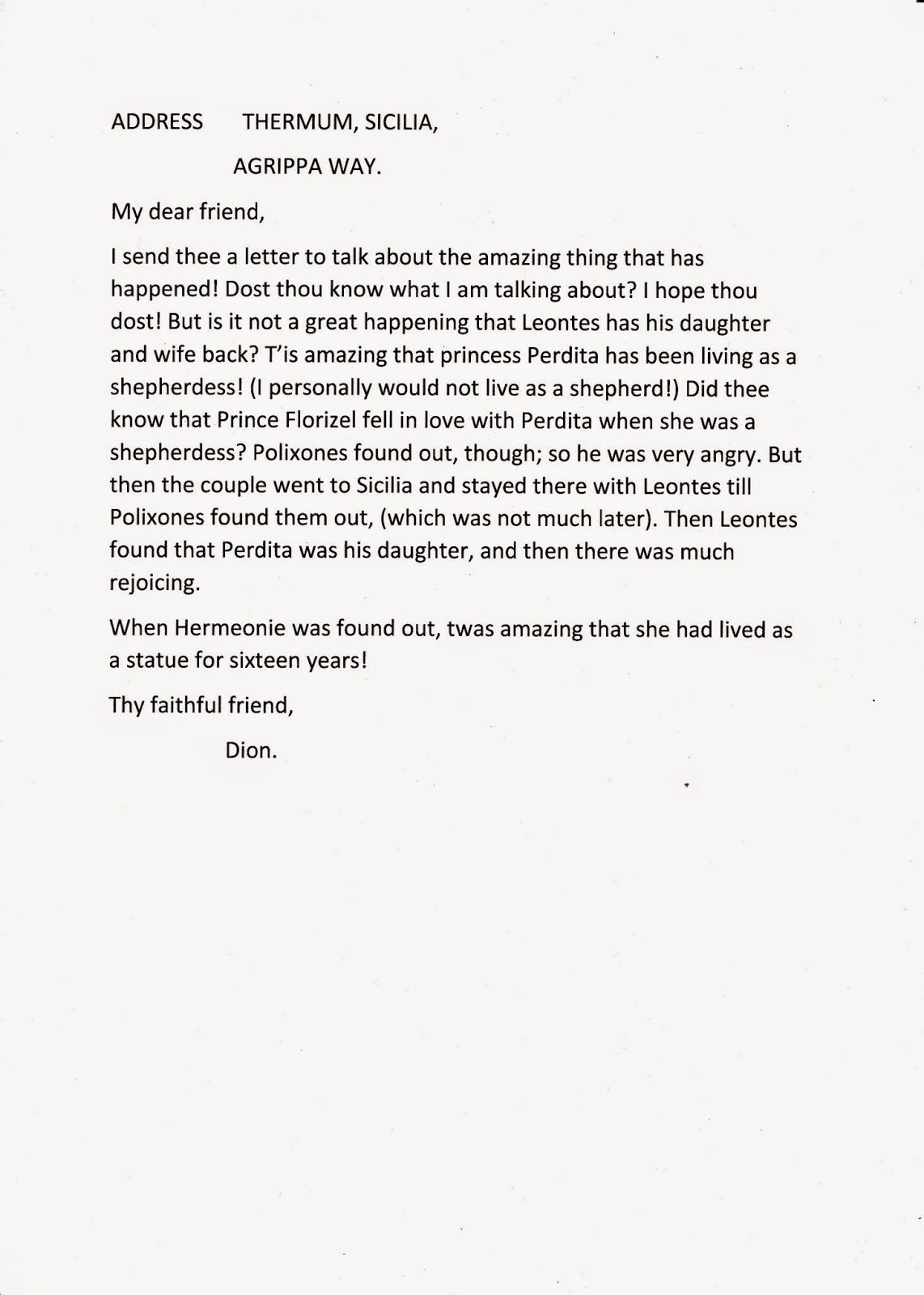 ‘There is probably no better test of a liberal education than the number of names a person is able to use accurately and familiarly as occasion requires’
Pg. 294

1. Pick out Subjects (nouns) and Predicates (verbs) in the following:

a. The Spanish, too, were interested in finding new colonies and claiming rich cargoes.

b. The Cygnet stayed in Western Australian waters for nine weeks.

c. Precious spices grew on the islands in the seas above Australia.

2. Correct  the punctuation and capitalization in the following sentence:

1. Tell about the first Europeans who came to Australia

2. Why were people in no hurry to settle in ‘New Holland’?

1.    Fill in the places you know on a map of Australia, include the places the early explorers visited.
2.    Tell about how rain is formed (the water cycle)
3.    What is a Peninsula, an Isthmus, a Bay?

1. What are earthquakes? What causes them?

2. Talk about silk, and about Epeira’s Bridge.

3. Tell what  you know about insects – draw a picture to illustrate. 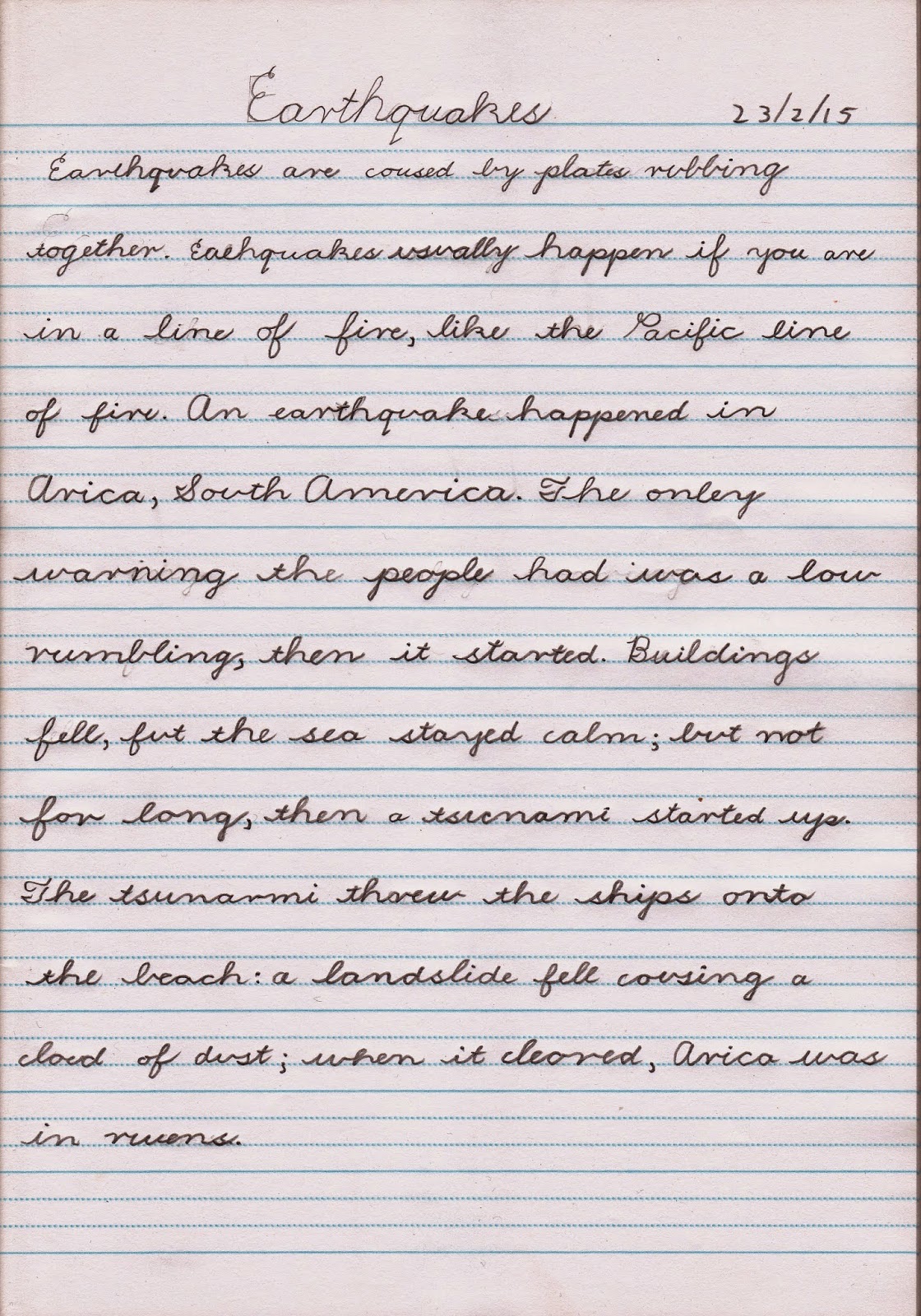 Tell about Timoleon’s expedition against the Carthaginians. 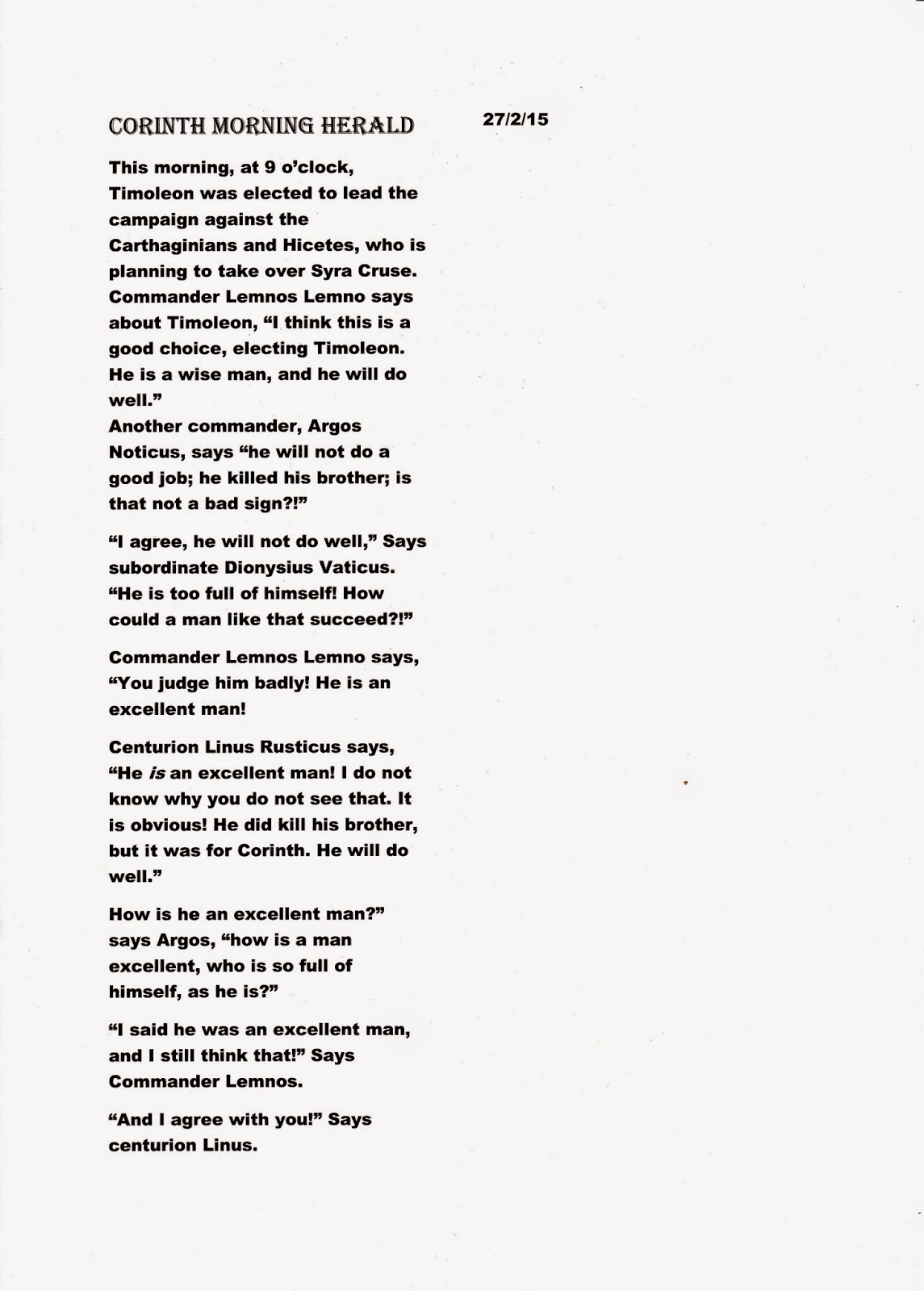 2. Dan bought 8 cases of lemonade for a party with 24 cans in each case, how many cans of lemonade is that altogether?

3. Fred mows lawns for five dollars per lawn. If he mows eight lawns, how much does he earn?

1. Describe or sketch a picture from this term’s picture study. (Degas)

Psalm 100
Hebrews 4: 12-16
The Destruction of Sennacherib by George Gordon Byron
The Owl by Alfred Lord Tennyson

Play your favourite piece of music for the cello

1. Tell about your favourite piece of music from this term.

2. What have you learned about the work of the conductor of the Orchestra? How does she communicate what she wants you to do?

Sing your favourite folksong and hymn from this term.

Take a photo of your work and send it to great Grandma.

A machine sewn skirt – this was the same sort of procedure as the plastic bag holder – a much smaller version so more fiddly, especially the waist elastic.
The top was crotcheted – make enough chain stitch to fit around the doll’s chest and then continue in double crotchet until the desired length. Sew together up the back. Using chain stitch attach the front to the back over both shoulders. The top can be pulled over the doll’s head. 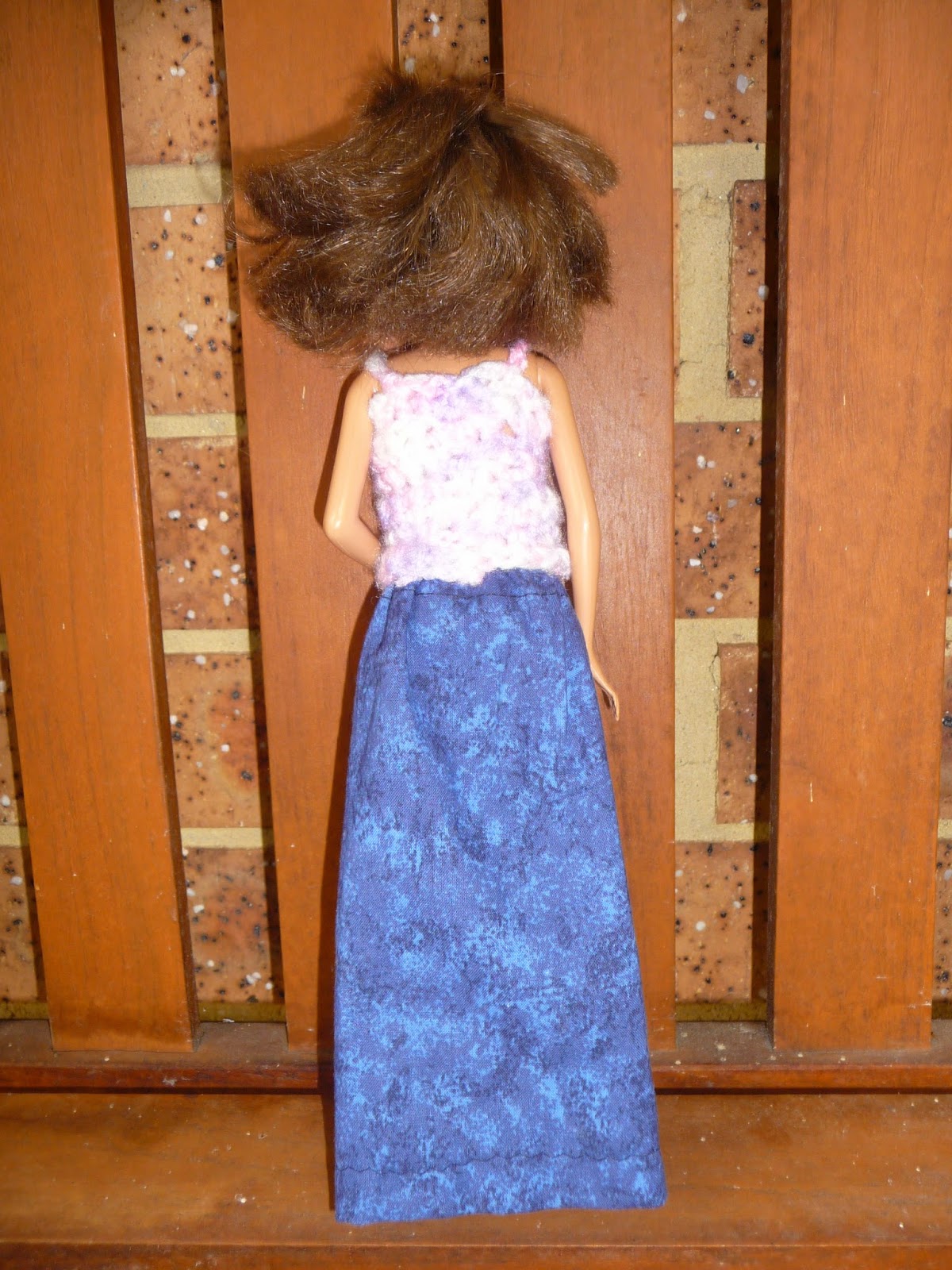 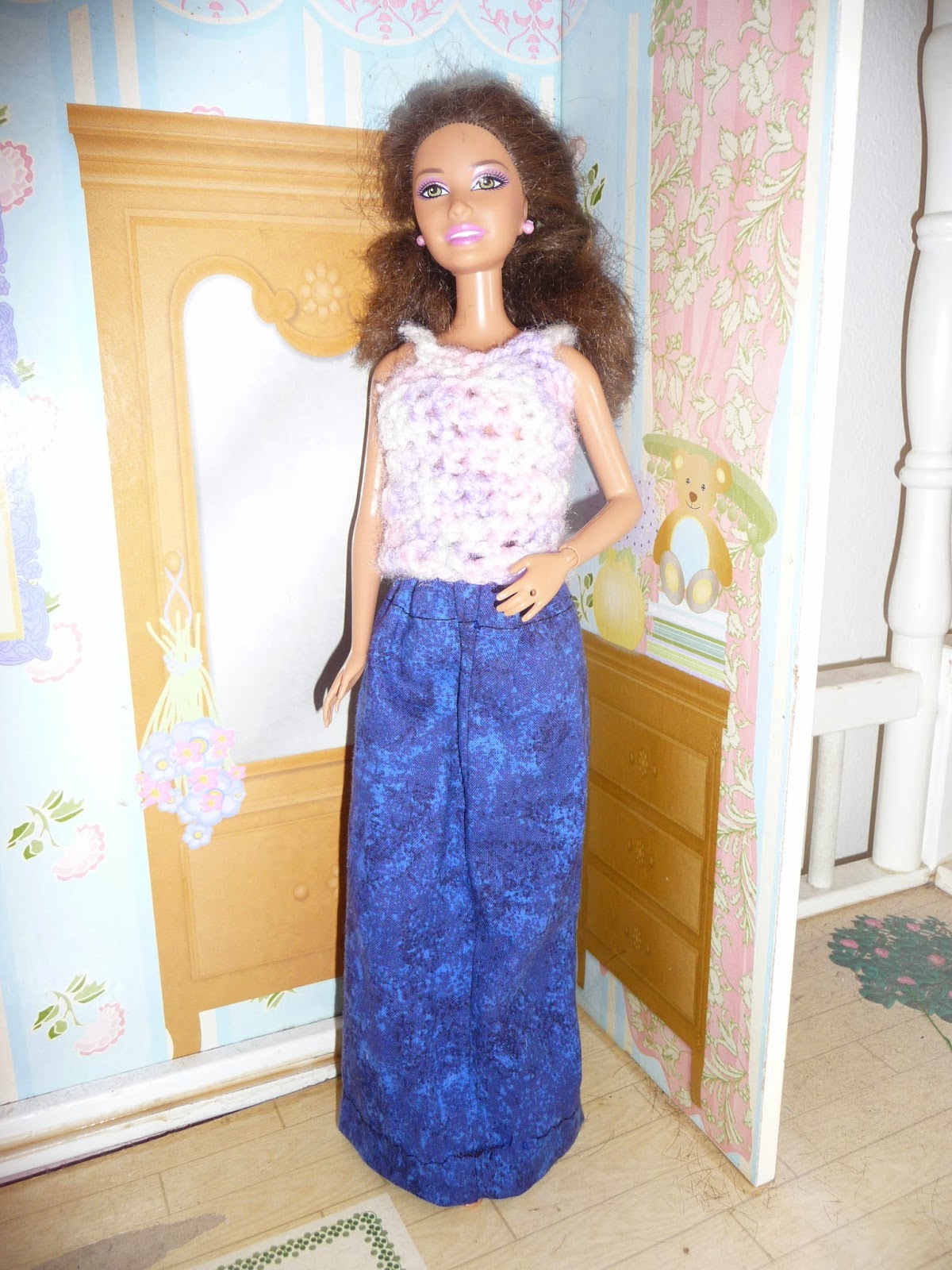 Draw a picture using the techniques you’ve learnt with pastels.

I included this in Moozle’s exams as she’s been learning to use pastels & watercolour pencils. She decided to do a sunset: 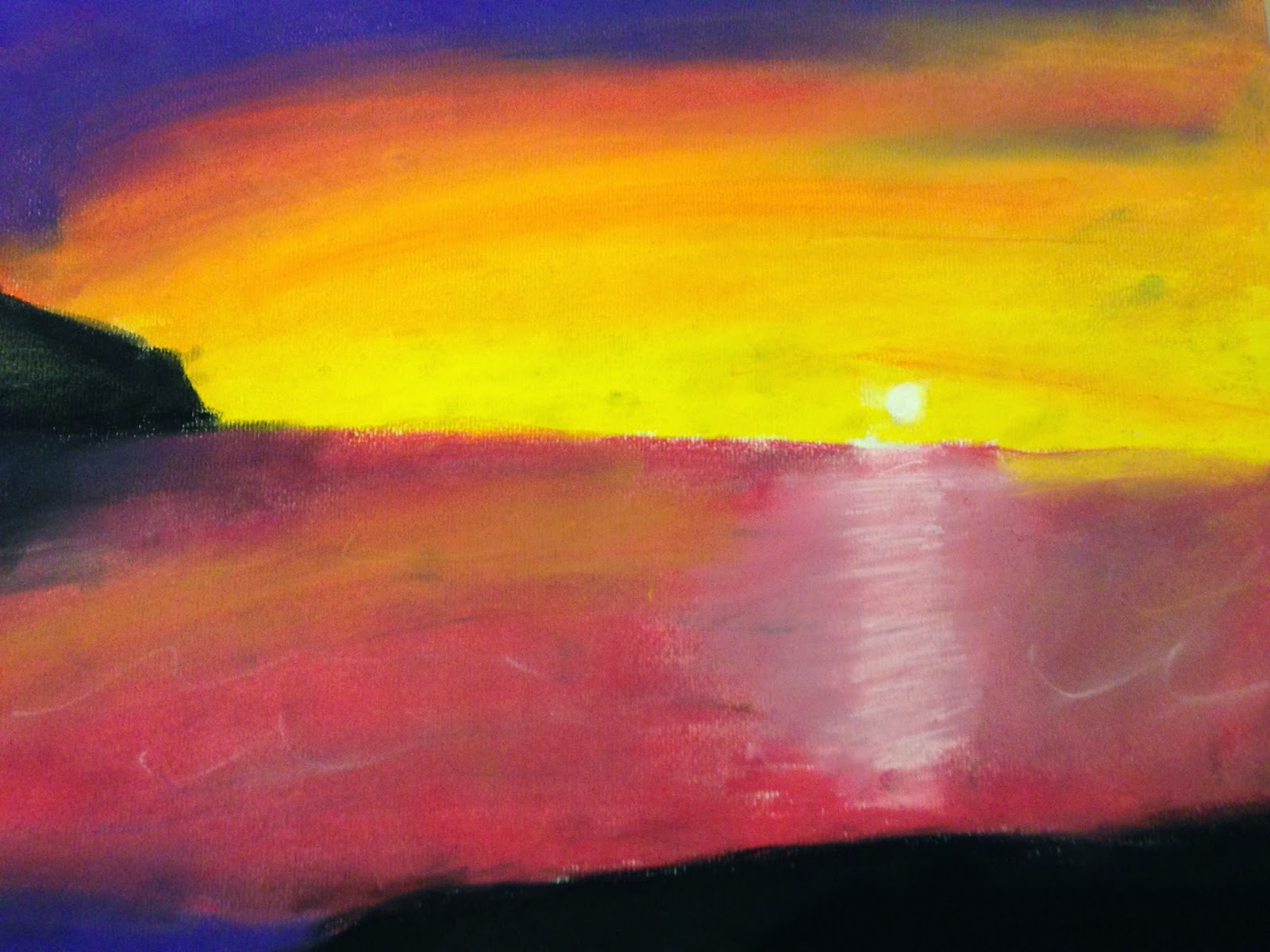 This exam was an opportunity for Moozle to show what she knows. It wasn’t a list of questions to try and catch her out but it did point out some areas that I could be more intentional about. She really enjoyed her week and to top it off she has a Highland Dancing Competition tomorrow where she will have another opportunity of displaying what she has learnt.