The Ring of Brodgar, Orkney 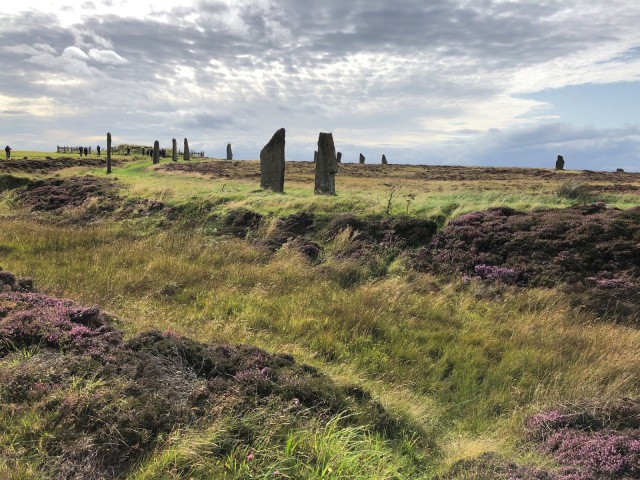 Gods, Graves & Scholars: The Story of Archaeology by C.W. Ceram

I’ve used this book in the past with my older ones and it’s very good. Ceram, a journalist and not an archeologist, traces the development of a highly specialised science in a way that the ordinary person can read it with genuine excitement as they would if they were reading a detective thriller.
The book was originally published in 1949 and was later revised and substantially enlarged. We have the 1971 edition and it is well-illustrated with black & white photographs, pen drawings and maps. There are 32 chapters, an appendix with chronological tables and a bibliography for the topics he covers.

The Folio Society have published the book and of course it’s lovely, but expensive. Here is what they say about it:

‘From Pompeii to the Rosetta Stone and from Nineveh to Chichén-Itzá, this hugely influential book was the first to tell the story of archaeology. First published in German in 1949, it was translated into 26 languages and became an international bestseller. More than any other book, it helped stoke a passion for archaeology in the imagination of the post-war world, and remains one of the world’s most widely read books on the subject…
Ceram tells us that ‘the great Palace of Minos was as large as Buckingham Palace’, that the bronze statues of Pompeii ‘rang like bells’ when they were first struck by the workmen’s shovels, and describes how our modern superstition about a black cat crossing our path stems from ancient Babylon.’

We’re using Ceram’s book as our main ‘text’ for the year and this term I’m adding in some fiction that is centred around archaeology.

The Boy with the Brown Axe by Kathleen Fidler

This book is geared towards a younger audience (around 9 to 13) but I included it because it’s a fictionalized account set in the Neolithic village of Skara Brae on the Orkney Islands which dates back 3,000 to 5,000 years ago. It describes how the village may have been destroyed and weaves in some geographical detail such as the Bay of Skaill, the Standing Stones of Stenness and Maidstowe. One of the characters in the book is a stone mason who is working on the Ring of Brodgar. Both my daughter and I enjoyed it even though it was a quick read for us.
Thanks to Sarah @delivering grace for suggesting this book.

The Rediscovered Village of Skara Brae 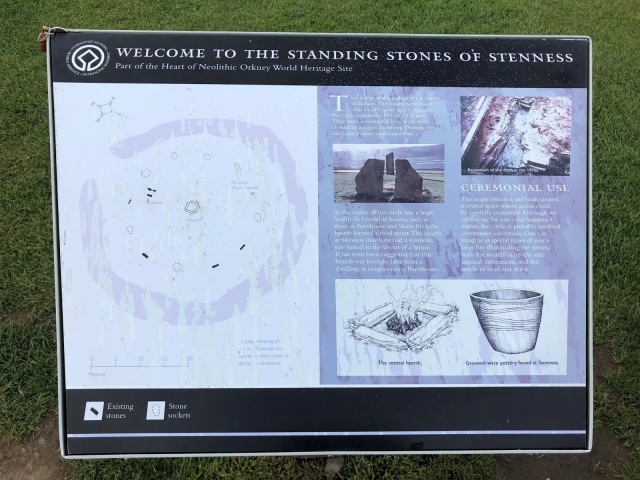 Crocodile on the Sandbank by Elizabeth Peters (1975) 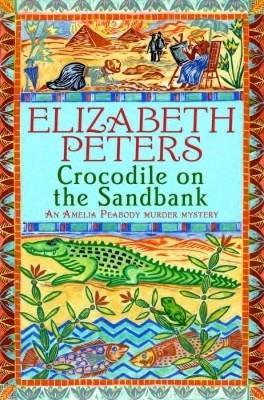 This is the first book in the author’s Amelia Peabody series and it was a delightful read. We’ve both read this and my daughter loved it. While her characters in these books are fictitious, historic figures do make an appearance from time to time. For example, in Crocodile on the Sandbank, a well-known French Egyptologist plays a small part in the story. William Flinders Petrie, the famous archaeologist, is referred to a number of times, as well as a some other Egyptologists.
Amelia Peabody had lived a quiet life with her father, a scholar and antiquarian, generally supporting him and keeping house as he got older. The story takes place in the 1880’s. Amelia is 32 years old, single, and very sure of herself.
When her father dies he leaves her his considerable fortune and she decides to leave England and travel to see all the places her father had studied: Greece, Rome, Babylon and Thebes.
She engages a companion, a Miss Pritchett, to go with her. Miss Pritchett contracts typhoid while they are in Rome and is dispatched back to England. Amelia, musing whether or not she should find a substitute, comes across Evelyn, a young English woman on the street near the Roman Forum. She had been heartlessly abandoned by her false lover when he realized she had no fortune and had fainted from hunger and exhaustion. Amelia rescues her, nurses her back to health then two of them take a boat up the Nile to an archaeological site to embark on their Egyptian adventure.

I looked into this series of books for my daughter to read alongside her Archaeology studies this year, for enjoyment mostly, but the settings bring archaeology to life and certainly give a feel for antiquity.
Elizabeth Peters earned her Ph.D in Egyptology and her archaeological knowledge comes through into her mystery writing which adds an authentic touch.
The author writes well and there’s a good dose of humour in her writing. Both my daughter and I think this first book has some similarities to Agatha Christie’s The Man in the Brown Suit, which we both really enjoyed.
I’ve started reading the second book in the series, The Curse of the Pharaohs, and while it’s a great read, I think it may be just a tad mature at the moment for my daughter. Fortunately our library has a good number of the Amelia Peabody books so I’ll check them out to see if they’re suitable. I think once you’ve read the first one it’s not necessary to read them in order. But do read Book 1 first if you decide to try them out!

Murder in Mesopotamia by Agatha Christie – a murder mystery set in a Middle Eastern
archaeological dig.

Appointment With Death by Agatha Christie – set in Petra. When Christie was 40 years of age she met her second husband, Max Mallowan, an archaeologist who was assisting Leonard Woolley in Ur. Christie worked alongside her husband and became an invaluable aid to him in his work.

Ur from the air, 1927 – about a year before Christie visited