We\’ve just returned from a long-awaited (for me, at least) trip to Scotland. I was born there and came out to Australia with my family when I was 8 years old. For the first four years in Australia we lived in a migrant town in South Australia and I was about 12 years old before we really tasted Aussie culture. That happened when we moved interstate to Western Australia.
Even then Scottish culture was predominant at home. My Granny lived with us and I had to act as interpreter whenever I had friends visit! She had a very thick Glaswegian accent bespattered with Gaelic and colourful colloquialisms.
We took two of our children with us on this trip – Moozle, the youngest, and Hoggy, who\’s the middle of our seven children.

We flew into Edinburgh and stayed in the New Town for four nights during which we went to the Royal Edinburgh Tattoo. We\’d been to this a couple of times when it was held in Sydney but it was pretty special to be at Edinburgh Castle for it. 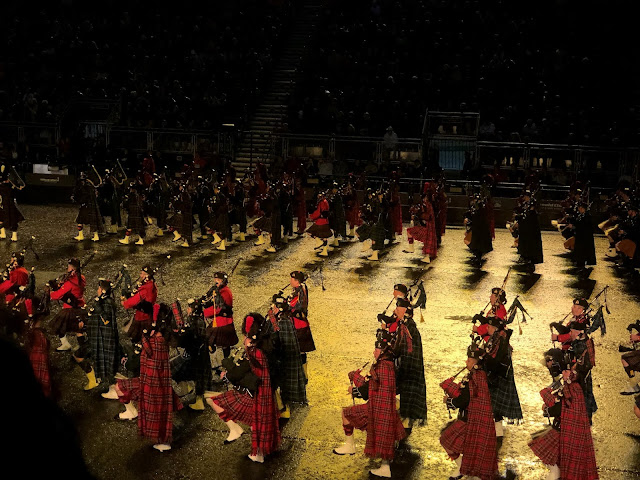 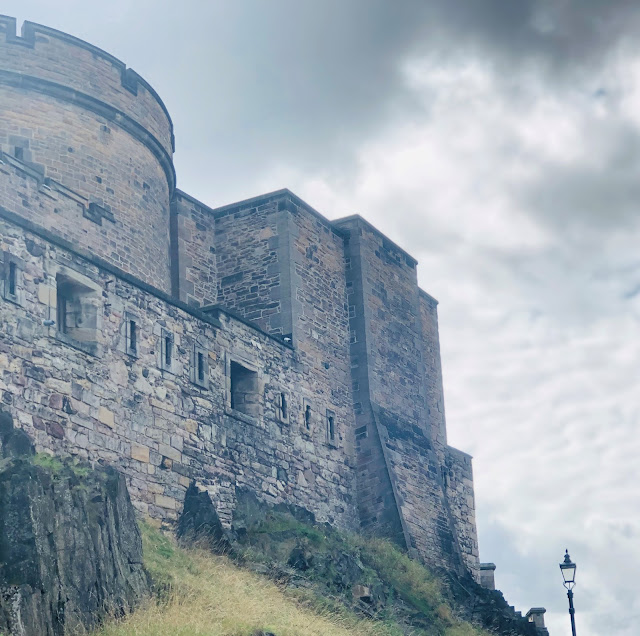 Street music is alive and well in Edinburgh & Glasgow 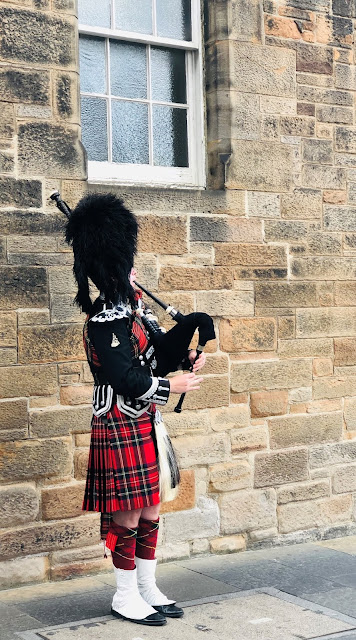 Since I\’ve lived in Sydney, I\’ve rarely heard a Scottish accent, apart from family, and one of my delights was to be immersed in it again: \’Nae bother,\’ \’How are ye the noo?\’ A sign in a local bookshop, \’Books for the Weans,\’ (i.e. children, or little ones).

The Edinburgh Fringe Festival was on while we were there and the place was buzzing. We mostly walked everywhere as we decided not to hire a car until we left Edinburgh – we were close to the centre so parking is expensive and limited but there\’s much within easy reach. We went through Edinburgh Castle, took a bus around the city and out to Leith, the port to the north of Edinburgh where we went aboard the Royal Yacht Britannia. Then it was a visit to Holyrood Palace, the official Scottish residence of the Queen and where Mary Queen of Scots resided along with Lord Darnley.
Later, a stiff walk up Arthur\’s Seat where you get a lovely panoramic view of the city. Thankfully it wasn\’t raining or the path would have been a bit treacherous on the way down.

The View From Arthur\’s Seat 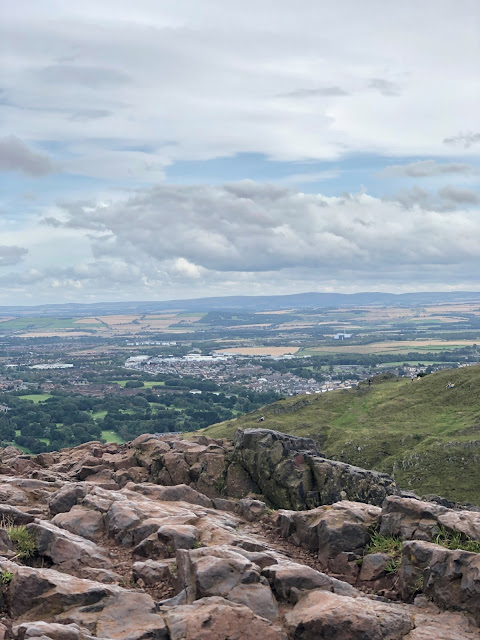 We picked up a hire car just before we left Edinburgh, drove to Bannockburn and Stirling Castle, and from there to Glasgow. The gardens at the castle were magnificent. In fact, the whole of Scotland was in flower – hanging baskets throughout the cities & towns were beautiful. 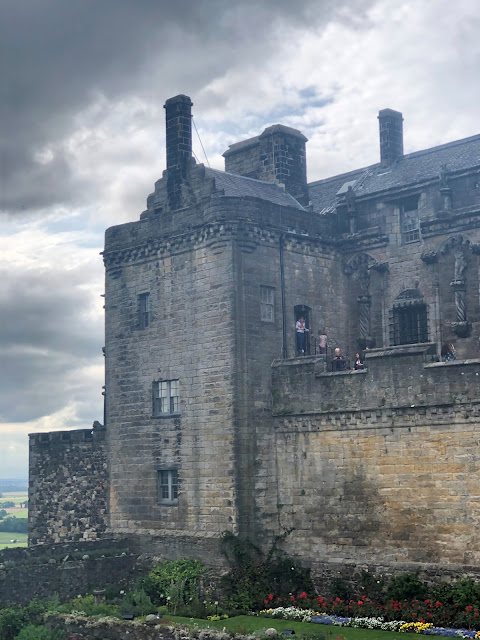 Greenock on the Clyde where I was born – I have family who live here and my cousin showed us around and pointed out where we used to go swimming once a week (an indoor heated pool) and one of the houses where we lived. An earlier home had been knocked down not that long ago. 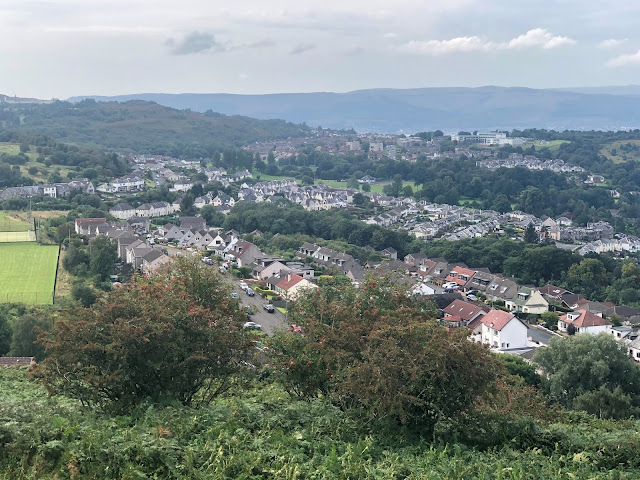 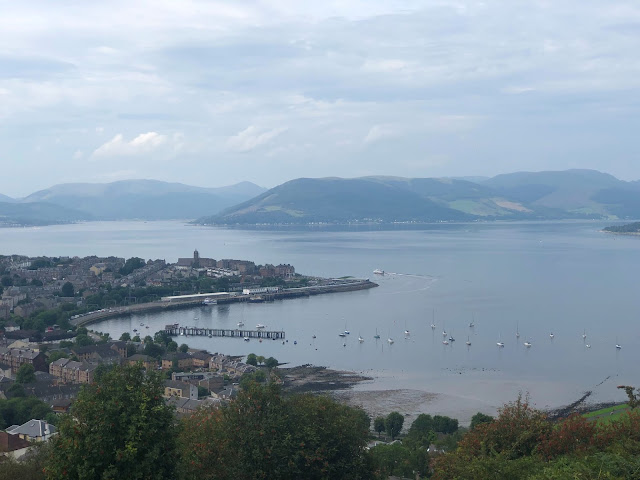 Eilean Donan Castle in the Western Highlands – this is such a fairy tale place! 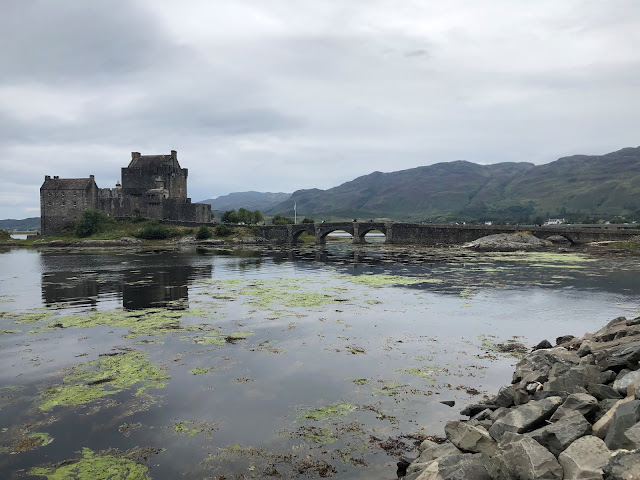 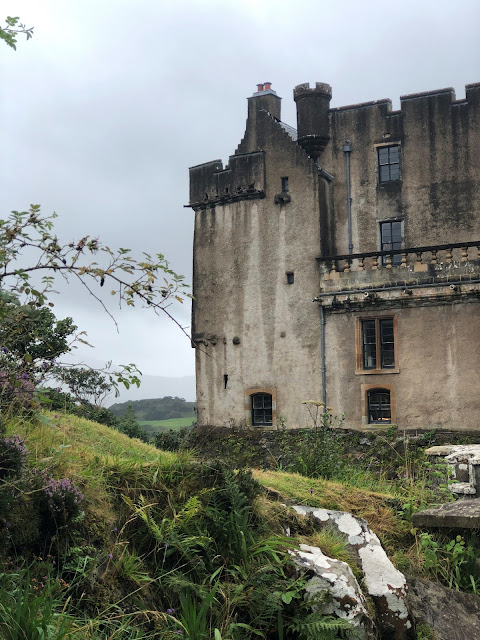 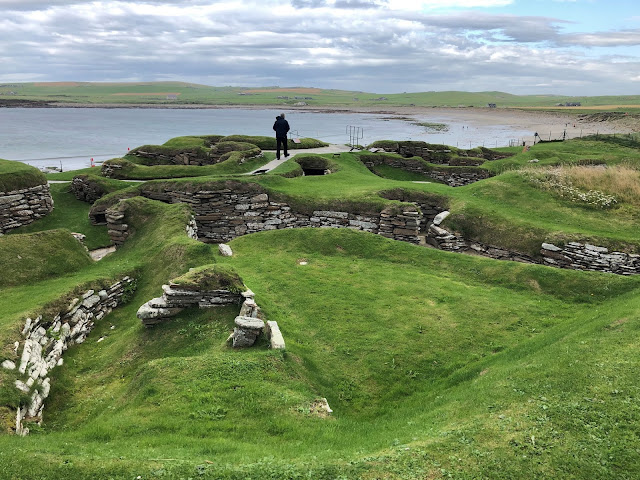 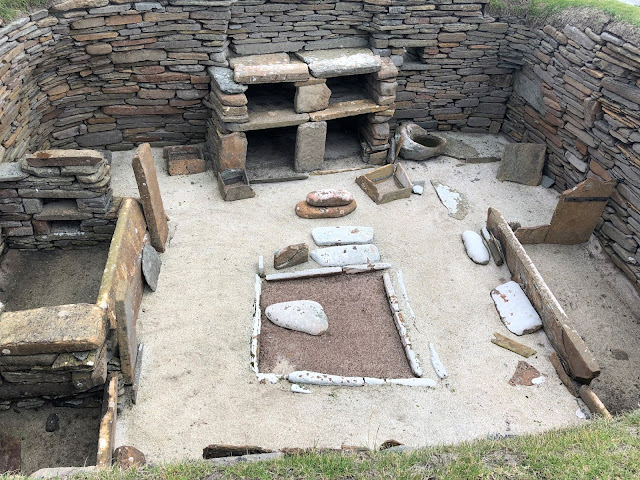 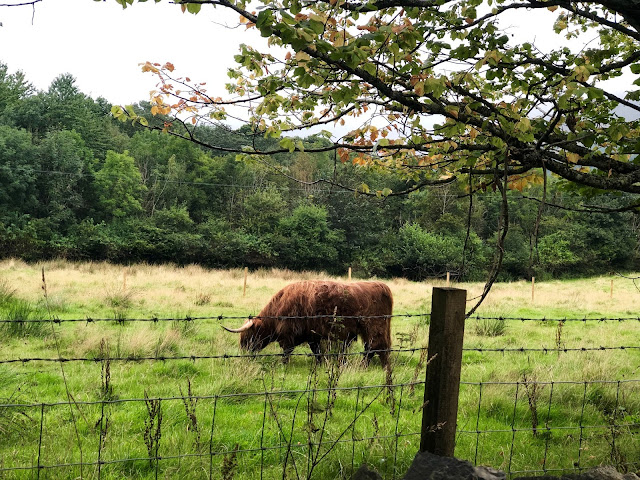 Scotland is expensive, at least if you\’re coming from Australia with the exchange rate as low as it is at present. We had to pay for parking everywhere, even in little pokey towns. Generally you also have to pay to use the loos unless you\’re on a tour of a castle or something similar where you\’ve already paid an entry fee. This was a problem when we first arrived and didn\’t have any local currency.

The food is terrible – I can say that because I hated it when I lived there! Now I know why I was such a fussy eater. Just about everything is battered and deep fried, even haggis, for goodness sake. 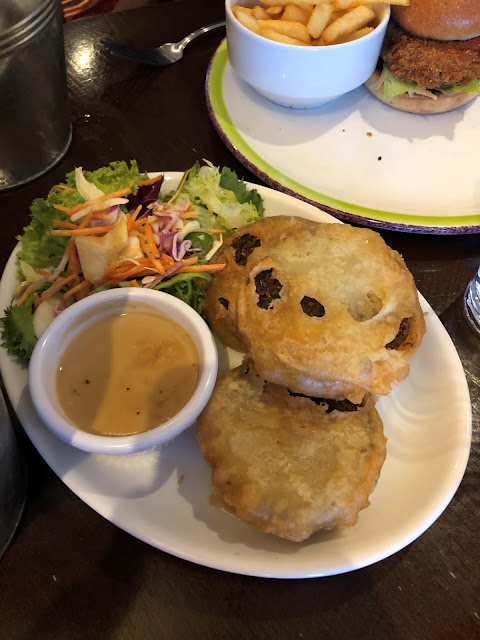 We went out for breakfast one day and Moozle was shocked that her \’toast\’ was fried. I remember my Granny eating bread with dripping. My husband couldn\’t get over the fried mars bars, although he\’s a Kiwi & I think it was something that took off over there. I did indulge with some tablet when I was in Edinburgh but I didn\’t remember it being so sweet! I remembered some sweets we had when we were kids but I didn\’t remember what they were called. My cousin told me we used to have fondant rolled in cinnamon in the shape of cigarettes and we\’d pretend we were smoking them.
It wasn\’t until we got to Inverness that I had some grilled (not battered & deep fried) chicken and salad and I had to go to Maccas for that. My kids thought that was hilarious because I only ever go there just for coffee if I\’m desperate.
I\’d never seen e-cigarettes before but they are very common in Scotland, as is smoking generally. It\’s almost a crime here in Australia so it was very noticeable to us over there.

We passed by this bonnie wee hoose as we were driving up to Inverness. Isn\’t it a work of art?! 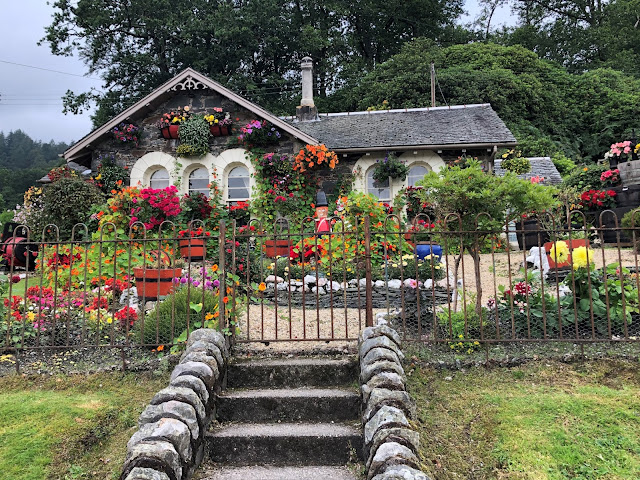 I\’ll post some more about our trip later but I thought I\’d say hello, have a catch up and let my lovely readers see what I\’ve been up to. I managed to get through a few books during the many hours we were flying or travelling by train and a couple of them were set in the places we visited. I also visited some seriously good bookshops in the UK and Paris and had to be dragged out. So sad. I really could have spend another four weeks perusing some of those.
The only downside to a trip like this is coming home after 4 weeks in a different time zone and trying to adjust and get on with normal life. If I\’ve written anything that sounds garbled you\’ll know why.

30 thoughts on “Highlights from Scotland”