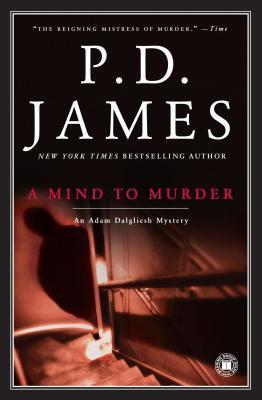 P.D. James is a mixed bag for me. I love her intelligent literary style of writing and her cool, cerebral, yet sensitive detective, Superintendent Adam Dalgleish. Her plots are intricate, her characters complex, and her depiction of surroundings are extremely detailed. Her books are definitely not cozy mysteries.
What I personally find difficult at times is the disturbing nature of some of her material. There was one book I ditched after a couple of chapters because of this, but I like her writing enough that I’m willing to take her book by book.
She tends to have a rather jaundiced view of just about everybody in her books, except for Dalgleish and his side step, Martin, as she explores the human heart and its motives.
There is no one without sin. Murder is murder and the person who commits this particular sin gets to feel the full force of justice regardless of motive or extenuating circumstances. The victim may have been the nastiest person on the face of the earth but nevertheless his life was sacred.
Apart from Sulari Gentill, P.D. James is the only modern crime writer I read. She writes up to her readers and doesn’t inflict offensive language upon them.

She saw the detective story as ‘a small celebration of reason and order in our very disorderly world.’

A Mind to Murder is set in a psychiatric clinic where psychiatrists struggle to manage their own personal relationships while counselling their clients about theirs. The murder victim was unpopular with everyone in the clinic and hence everyone there is a suspect. There are some rare moments of humour in this story, as well as some sympathetic insights into the background of her aloof detective; i.e. Dalgleish is a published poet and his wife died in childbirth some years previously.

\’Mr Burge enlarged on the immaturity, coolness and insensitivity of his wives in a querulous falsetto. Dr Steiner’s clinical judgement, not uninfluenced by the late effects of a large lunch and the unwise choice of a cream donut with his afternoon tea, told him that the time was not yet ripe to point out that the one defect shared by the three mesdames Burge had been a singular lack of judgement in their choice of husband.\’

\’Dr Steiner doodled on his notepad, regarded his doodle with interest and concern, looked at it again with the pad held upside down and became for a moment more preoccupied with his own subconscious than with that of his patient.\’

\’There had…been no demur over providing Baguley with a new and highly expensive contraption for shocking his patients out of the few wits they still possessed.\’

She has much to say about death and the ‘personal residue of a finished life.’

\’During his career (Dalgliesh) had examined with interest and with pity so many petty leavings. The soiled underclothes pushes hurriedly into drawers, personal letters which prudence would have destroyed, half-eaten meals, unpaid bills, old photographs, pictures and books which the dead would not have chosen to represent their taste to a curious or vulgar world, family secrets, stale make-up in greasy jars, the muddle fill-disciplined or unhappy lives. It was no longer the fashion to dread an unshriven end but most people, if they thought at all, hoped for time to clear away their debris.\’

P.D. James died in 2014 at the age of ninety-four. This article was written four years before she died:

\’\”I think that when one writes detective stories one is imposing order, and a form of imperfect but human justice, on chaos.\” In fact, as with the later work of her hero Dorothy L Sayers, a great deal of the fascination of James\’s detective fiction lies in the way chaos flourishes in the midst of the novels\’ rigid structure – the internal psychological mess that brings about murder. \”I think there\’s been a huge change since the novels of the Golden Age,\” she suggests. \”What was popular then was the puzzle: such qualities as psychological truth or even atmospheric location were secondary to it. For me, characterisation is at the heart of my books. From the start, I felt that what I was doing was examining human beings under the strain of an investigation for murder. And such an investigation tears down all the walls of privacy that we build round ourselves and reveals us for who we are. It\’s a fascinating way of dealing with people.\”\’