It\’s April & it\’s been autumn here for nearly two months but we\’ve only just started to feel a slight drop in temperature this week. Amy Mack\’s Bush Calendar doesn\’t mention much in the way of birdlife coming and going during April but it seems to me we\’ve had a good variety of birds in our area this month. We\’ve been using this book for quite a few years. It\’s contains monthly observations about the flora & fauna in the Sydney area and although it was first published in 1909 and the city has encroached on much of the area where the author recorded her observations, it is still a valuable resource to have on hand. Some of the bird names have changed but it isn\’t difficult to find out what they are called now. The book has been reprinted but it is also available free online. 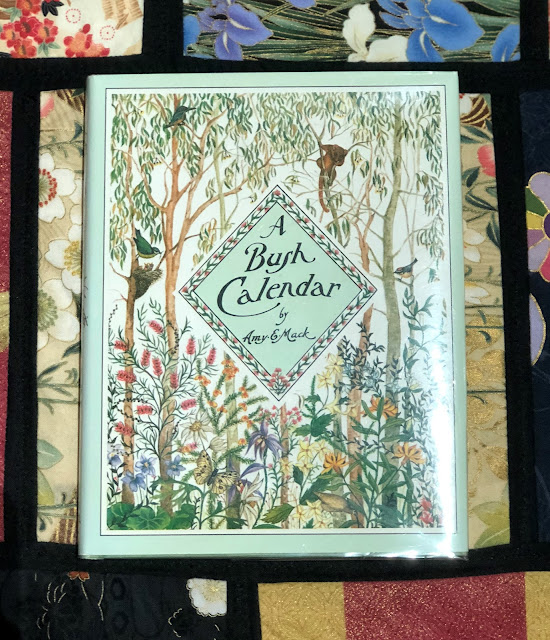 The Sulphur-crested cockatoo, Cacatua galerita, is always with us, but they never fail to strike me as magnificent creatures. Not desirable visitors if you have a wooden deck or timber panelling on your home but that\’s not something we have to worry about, thankfully. 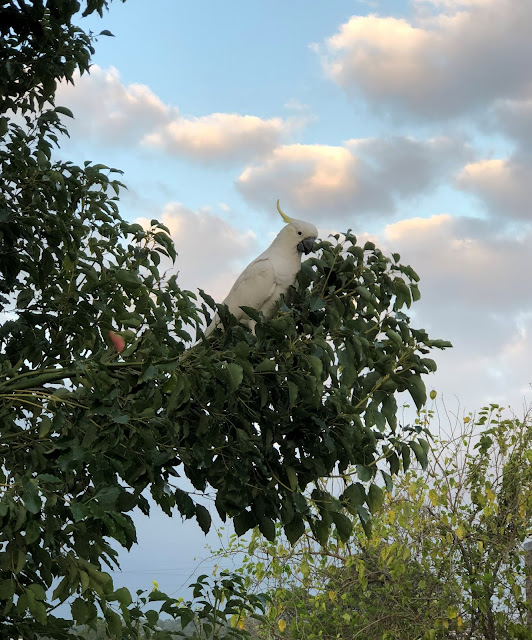 We signed up for the free six week Drawing Nature, Science and Culture: Natural History Illustration 101 course offered by the University of Newcastle and Week 3 has just finished. It covers the fundamentals of Natural History Illustration step by step and teaches the essential skills and techniques that form the basis for creating accurate replications of subjects from the natural world. This is one of the tutorials Moozle did on observational drawing and so far the course has been very helpful for her: 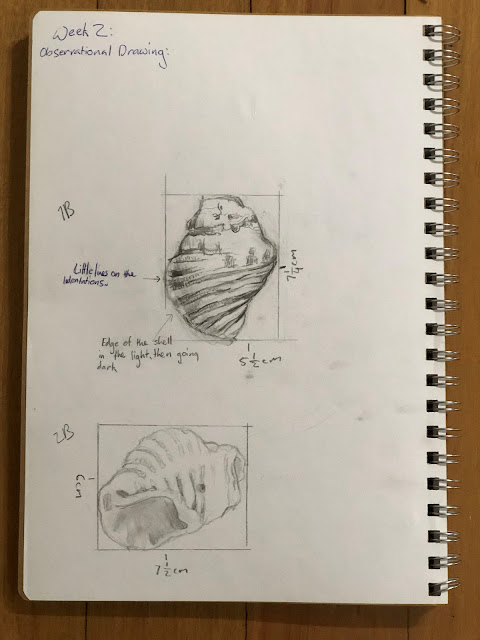 The course has been offered once before, that I know of, & it is open to anyone wherever you are in the world. I think the tutorials are archived so you can access them if you register with Edx. 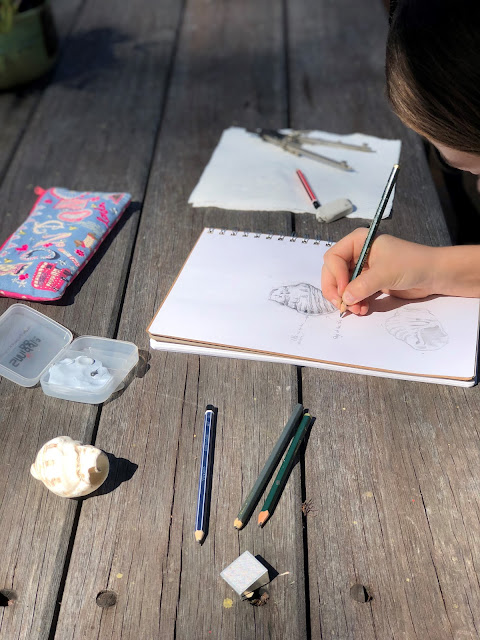 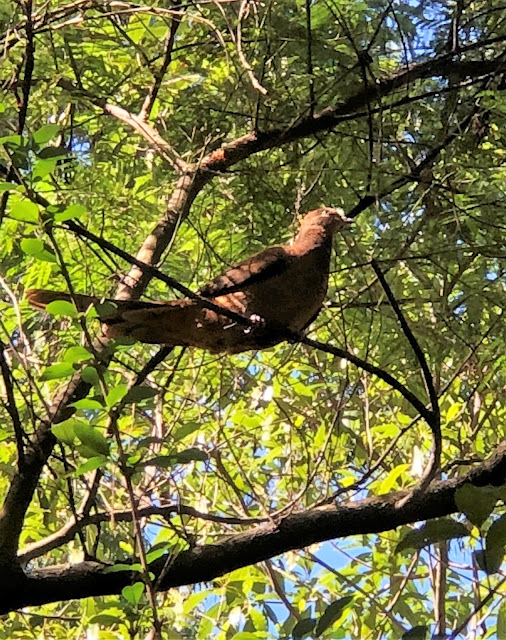 All Creatures Great & Small by James Herriot is our read aloud for natural history. It does require some editing in places & it\’s a great read. 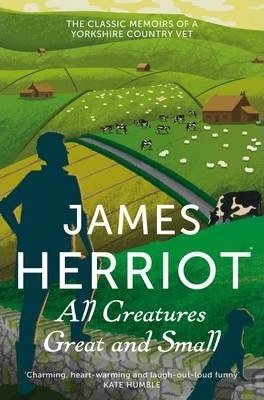 I found this fungi growing out of our dry rock wall. One day it just appeared & a few days later it was gone completely. I\’ve never seen one like this before: 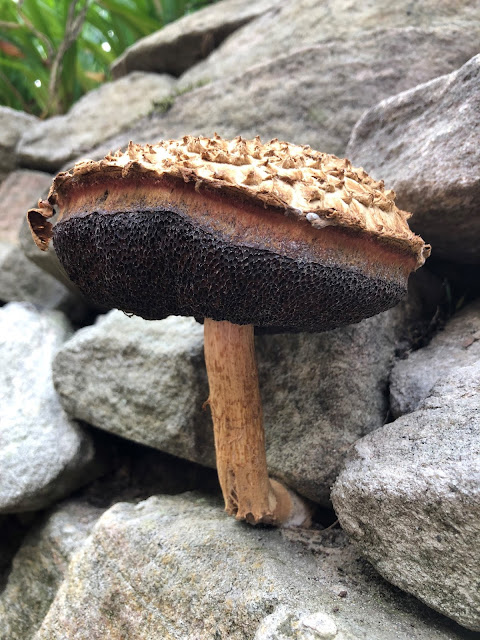 Local lichen…\’Lichens are plants that grow in exposed places such as rocks or tree bark. They need to be very good at absorbing water and nutrients to grow there. Rainwater contains just enough nutrients to keep them alive. Air pollutants dissolved in rainwater, especially sulfur dioxide, can damage lichens, and prevent them from growing. This makes lichens natural indicators of air pollution.\’ 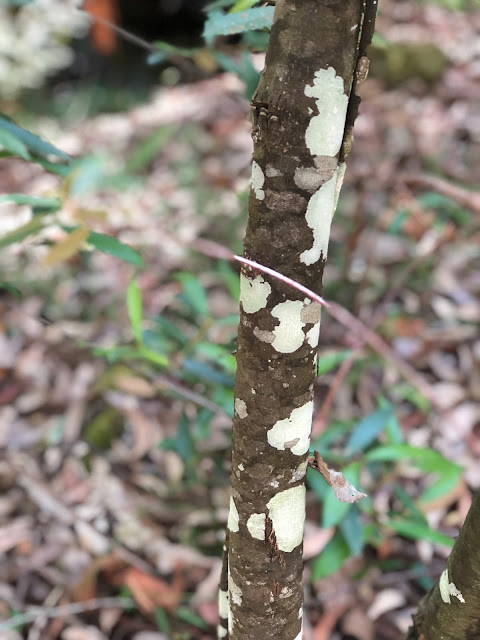 The other week we had an impromptu outing to a marina about 30 minutes drive from us. I suggested we take our nature notebooks and a pencil each just in case we had an opportunity to do some nature study. When we arrived I discovered that Moozle not only had her notebook but an assortment of varying grades of pencils, her pocket set of watercolours, a container for holding water, the Polaroid camera her brothers gave her for Christmas & other bits and pieces she thought might come in handy. She set herself up in a cozy spot and started painting… 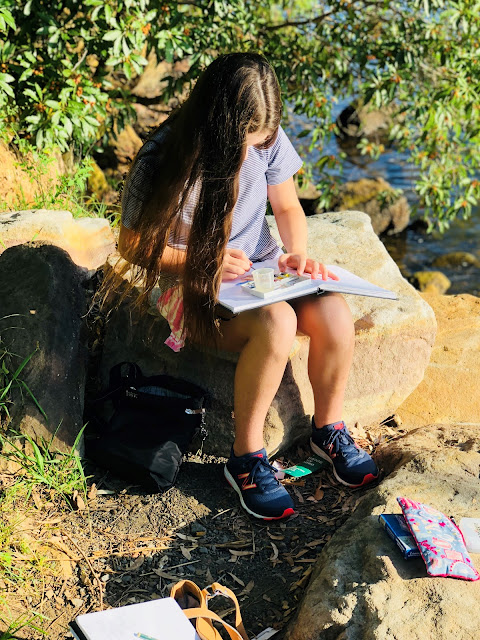 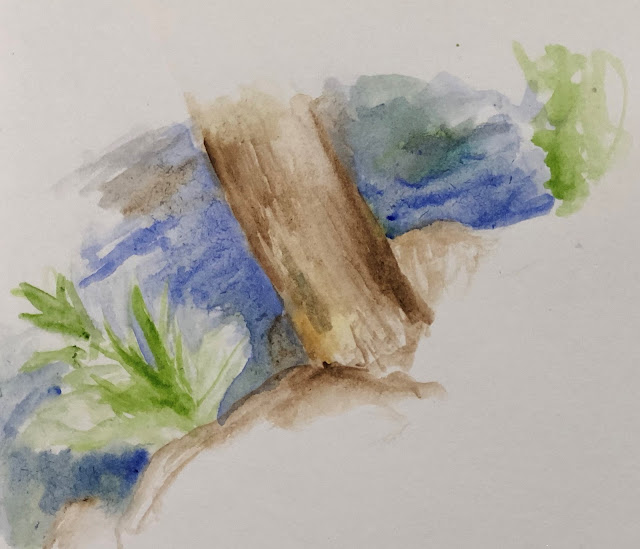 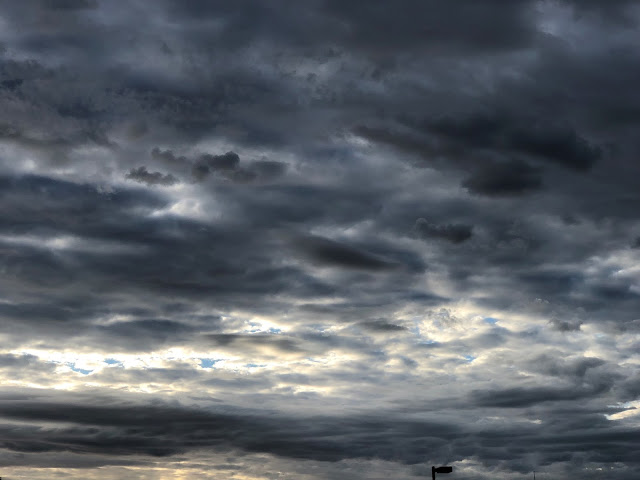 Both Sides Now, Joni Mitchell from Rachel Wintemberg on Vimeo. 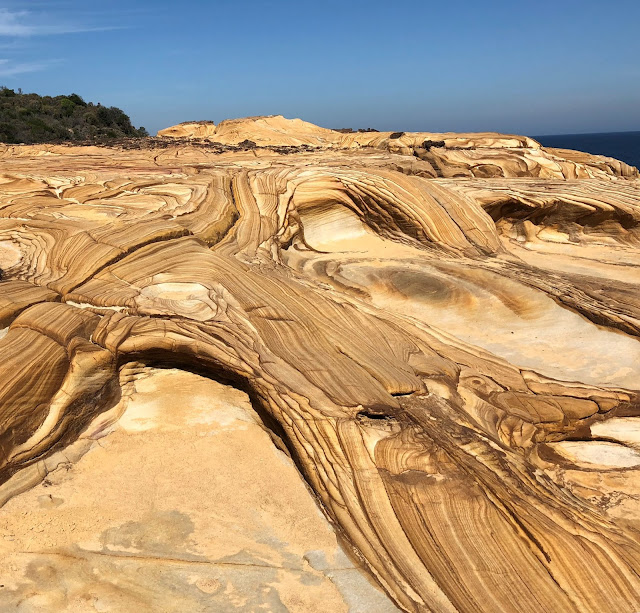 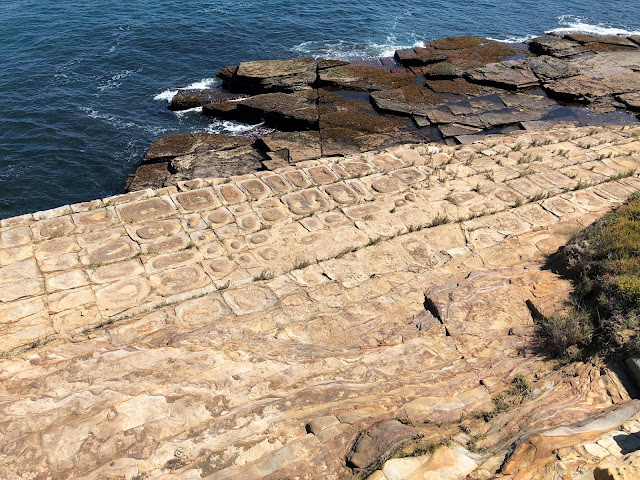 Aussie native – some sort of bottlebrush. I thought it was the perfect autumn colour… 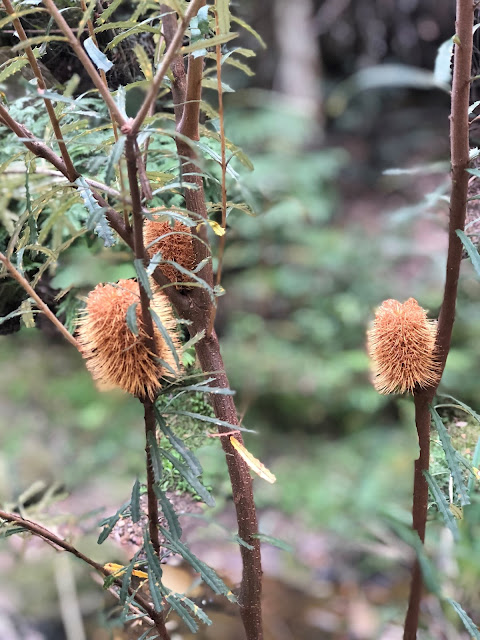 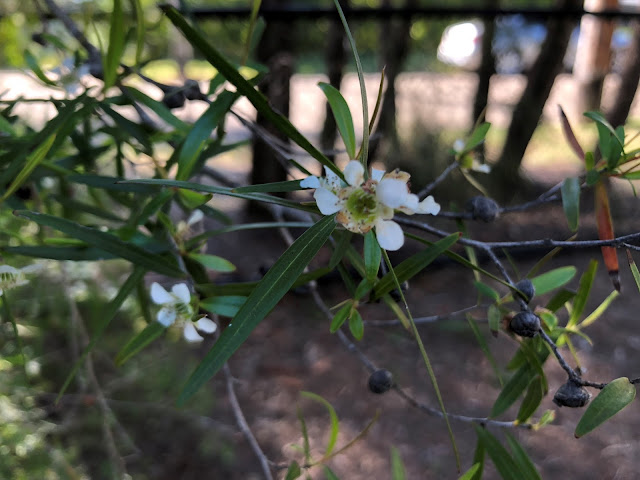 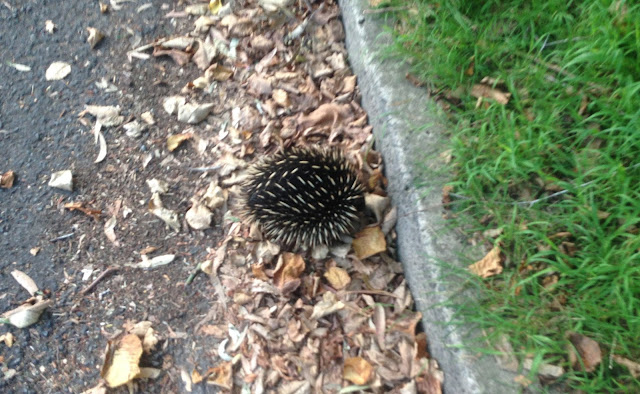 The Photographic Field Guide Birds of Australia by Jim Flegg is the book we use to identify new birds we come across but a little gem we started off with is Steve Parish\’s First Field Guide to Australian Birds. It packs a lot into its 56 pages but it isn\’t overwhelming for a beginner as may be the case with the more detailed books. 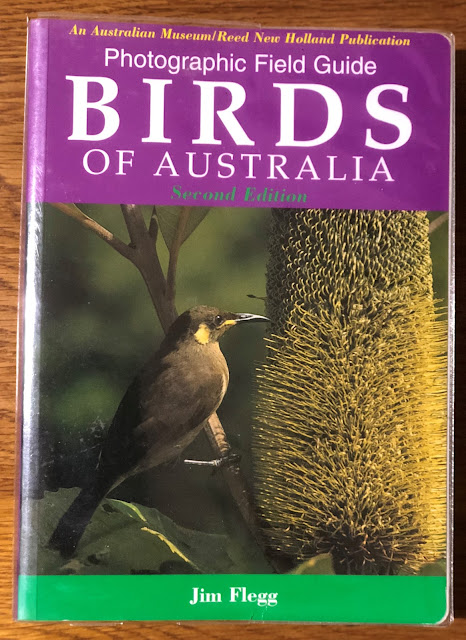 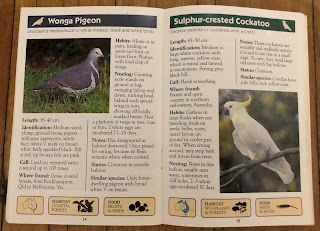 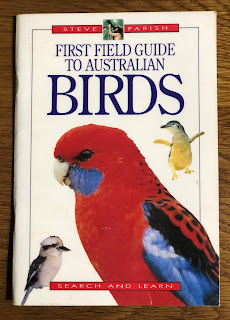 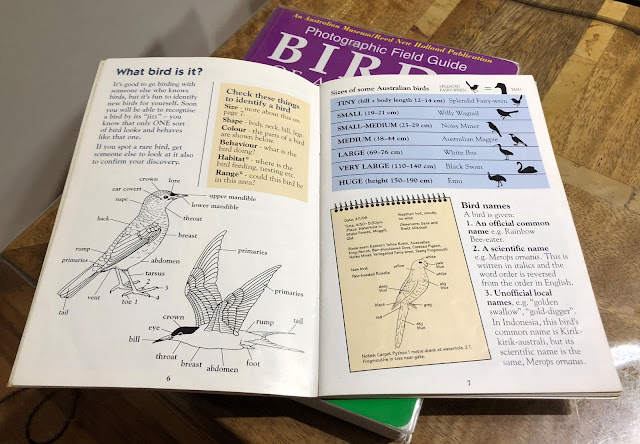