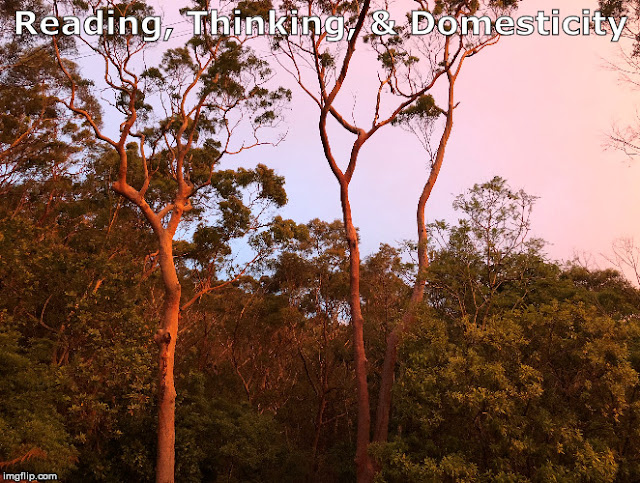 We started lessons again this week but we\’re not back into full swing yet. It will be short weeks for the next little while as we have a camping trip planned. The night sky isn\’t easily observed where we live so to view the sky we have to get up out of the valley and away from all the trees that overhang us. I want to use the opportunity of being away from suburbia to do some star gazing and hopefully identify some constellations.

Family from interstate visited last weekend and Moozle joined her two cousins and two aunties for a visit into the city. All three girls came back with their hair braided after a visit to a braiding shop. 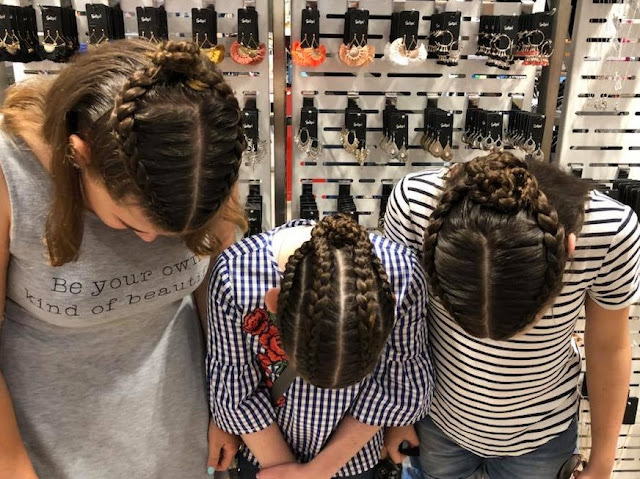 While the girls were doing this, Nougat drove down to Canberra with his Uncle and his cousin to the Summernats Exhibition – a testosterone-fuelled event of noise, burnouts, and cars in general.

Our weather has been extremely hot so a family trip to the beach late in the afternoon for a dinner of fish & chips went down well last weekend and the girls and I had a couple of visits to Bridal shops this week so that Zana could try on some dresses.

It\’s laughable that I could share anything technologically related that would help any of my readers, but you never know…I\’ve had some issues with Blogger over the years that I\’ve had to sort out with a little help on the side from the techy people in the family, who say they know nothing about blogging but usually manage to point me in the right direction.

* At one stage Feedburner stopped sending out emails to some subscribers to this blog. Apparently, whenever I copied & pasted what I\’d written from a Word document directly to my blog post, rather than typed directly onto Blogger, it included lots of random HTML code. You can check this out by clicking on the HTML link at the top left hand side of your dashboard. For some reason this can interfere with Feedburner. The problem is, you don\’t know you have a problem unless someone tells you they\’re not receiving your blog\’s emails. The solution was to copy & paste my Word document contents onto an online notepad and then copy it from there onto your blog post. A couple of online notepads I\’ve used are: rapidtables and anotepad.

*  WordPress users sometimes have difficulties posting comments on Blogger. To fix this, I went into Settings & clicked on Posts, comments & sharing. In comment location you have four choices: embedded, full page, pop up window & hide. I\’ve always used \’embedded\’ but this supposedly was causing problems, so I changed that recently to pop up window & it seems to be working ok. What I don\’t like with this new setting is that you can\’t always reply directly to a comment. Your comment just goes under the last one that was logged so it can be confusing if you don\’t address each person by name when you reply to them.

*  On occasion, I\’ve used Google Forums if I had a problem. Often you\’ll find it\’s not only your own blog but others are having similar issues, like I discovered last year when my followers gadget disappeared.

These are my unfinished books from last year that I will be reading in 2018. I\’m taking ages to read N & N as I really have to be in the right frame of mind to read it. It\’s good but very dense. Or maybe it\’s me that\’s dense:

Formation of Character by Charlotte Mason

Life Under Compulsion by Anthony Esolen – Esolen throws in all sorts of quotes and references to authors and literature, which is something I enjoy & appreciate, and I like to know what books an author has read or been influenced by.
Esolen\’s Introduction alone refers to Genesis, Little House on the Prairie, The Screwtape Letters, The Bethrothed, Dante, and Thomas Aquinas!

I read the three books below last year but never got around to writing about them until now:

The Wednesday Wars by Gary D. Schmidt was written in 2007 and is a Newbery Honor book. It is set in 1967 and centres around the mishaps and adventures of Holling Hoodhood, a 7th Grade student, who is forced to read Shakespeare by Mrs. Baker, whose husband has just been deployed to Vietnam.
At first this book annoyed me. It\’s written in the first person from the protagonist\’s point of view and it struck me as frivolous at first. It\’s quite funny in places and when Benj read it at around 15 or 16 years of age he thought it was good. It grew on me as it went on and the conversations between Mrs. Baker and her student about life and Shakespeare\’s characters showed sensitivity and thoughtfulness. Readers from about age 14 years and up would enjoy this – boys, especially, and particularly boys who don\’t like Shakespeare! With it\’s backdrop of the Vietnam War, Holling\’s family tensions, and even some of the reflections about Shakespeare, some maturity on the part of the reader would be helpful in order to get the most out of this story.

\”You know,\” I said, \”it\’s not easy to read Shakespeare – especially when he can\’t come up with names you can tell apart.\”

…\”Shakespeare did not write for your ease of reading,\” she said.

No kidding, I thought.

\”He wrote to express something about what it means to be a human being in words more beautiful than had ever yet been written.\”

\”So in Macbeth, when he wasn\’t trying to find names that sound alike, what did he want to express in words more beautiful than had ever yet been written?\”

Dombey & Son by Charles Dickens – Paul Dombey is a cold and ambitious man whose wife had died leaving him with two children, his daughter Florence, whom he callously ignores and neglects, and her younger brother, whom he positively dotes on. Pride is the overarching theme of this book and as the Book of Proverbs says, \’Pride goes before destruction,\’ so it goes with an array of characters in this story; but there is also an eleventh hour where love snatches a life from the jaws of Pride, the destroyer. As is usual with Dickens\’ novels, it is peppered with deplorable characters, the worst of whom is Mr. Carker, who is an even darker and more dangerous version of David Copperfield\’s Uriah Heap. A great story!

Speed and noise are evidences of weakness, not strength. Eternity is silent; time is noisy. Our preoccupation with time is sad evidence of our basic want of faith. The desire to be dramatically active is proof of our religious infantilism; it is a type of exhibitionsm common to the kindergarten.

The bias of nature is toward the wilderness, never toward the fruitful field.

Of all persons Christians should have the largest hearts; to them the narrowing of the heart should be an unthinkable calamity…
And one singular characteristic of the enlarging life is that it is quietly unaware of itself. The largest heart is likely to be heard praying, \’Narrow is the mansion of my soul. Enlarge Thou it.\’

The Gulag Archipelago by Alexandr Solzhenitsyn – this will take me a few months I expect. Non-ficiton, very readable, but awful in places. Goodness! How can we not learn from history?

The Screwtape Letters by C.S. Lewis

This is what Moozle has been working on:

Update: this is what Moozle made after watching the video above. Very cute: 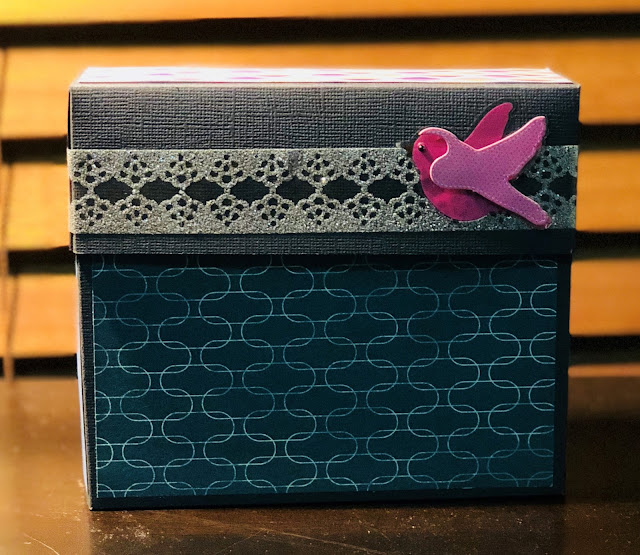 Take the lid off and there\’s a storage area for cards, notepads, pen, etc 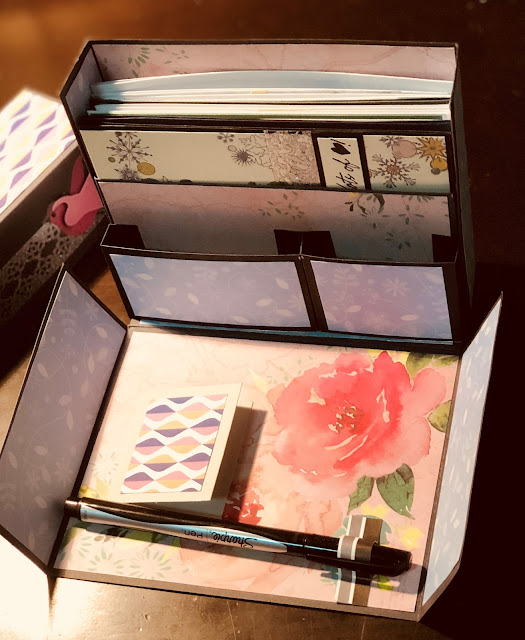