* Christmas in a box? He thinks he\’s a Christmas decoration. 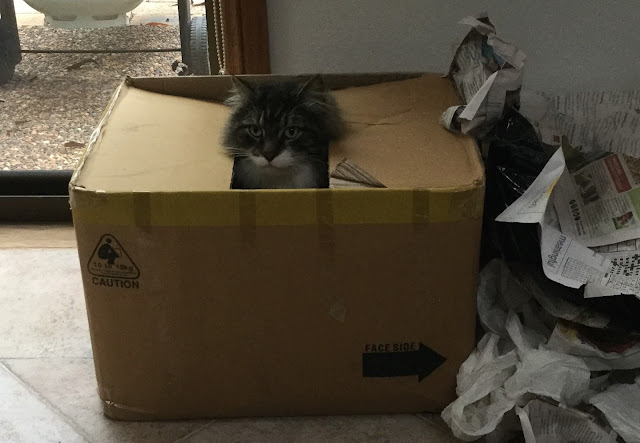 * It\’s heating up here where we are. It\’s a very different scene in the Northern Hemisphere and I enjoyed seeing Heather\’s lovely photography & thoughts on her Canadian scenery at this time of year.

* For the past couple of months we\’ve been listening to \’Walking on Air,\’ the music written by Howard Blake in 1982 to accompany the animated movie of The Snowman by Raymond Briggs, a wordless storybook. It\’s an exquisite piece of music that the orchestra Moozle is involved with had  been working on for their end of year concert. The animated movie is on YouTube & Karen Andreola writes about the book here.

* Breaking news this week: Zana (our third child and second daughter) & her young man announced their engagement. The wedding will be in September next year. I hate shopping for clothes & I already have two dresses I bought for her older sister & brother\’s weddings so I asked if I could wear a dress I already had. Can you tell I\’m a Scot?

* Benj has finished his first year of a Liberal Arts degree and had his exam results this week. He did well in everything but his highest score was for Philosophy, where he earned a High Distinction. He says it\’s logical and similar to mathematics, and that\’s his bent.
He\’s taking next year off to work full-time because he\’s tired of being poor & would like to buy a car. A position opened up for him working with a fantastic not-for-profit organisation that provides programs to adults living with disabilities: Visual Arts, Performing Arts, and Creative Life Skills. His other job is as a swimming instructor and he commented the other day that the two areas are beginning to overlap. When the manager of the pool where he works heard that he was working with adults with disabilites/special needs, she put one of the swimming students, a young boy with Down\’s Syndrome, into Benj\’s class.

* Hoggy has finished his Diploma of  Electrical Engineering Technology and is working fulltime in the Fire & Security industry. It\’s interesting & diverse work, the only negative being the work commute. However, he has jobs all over Sydney and sometimes interstate, so he doesn\’t alway have to drive the hour and a half to the main office each day. He bought himself a motor bike, a 500cc and is working towards getting his licence. Sydney isn\’t the greatest place to ride a bike, but he\’s been sensible & avoids heavy traffic & I pray lots.

* Nougat is in his final year of his plumbing apprenticeship and he and Hoggy have been working on Herbie, the beast below. We\’re having a family camping trip early next year and they\’ve been setting up solar panels, water tanks, fridge & other bits and pieces. Just hope the old boy can hold himself together – we\’re relying on all the stuff they\’re bringing along: 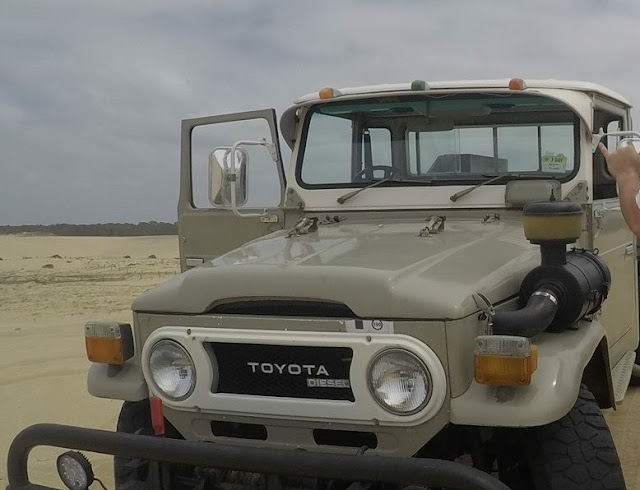 * The Mum Heart Conference audios from June 2017 have been released. The theme for the conference was John 15 – \’Abiding in the Vine.\’ I spoke on \’fruit that will last,\’ – being faithful, putting down roots & trusting God in the journey. I so enjoyed the Conference & the other speakers & the unplanned dove-tailing that occurred between us in the content of our individual talks. It was a great weekend!

* A couple of months ago I started leading a small Bible study for young women who are fairly new Christians. Most of them are Chinese whose first language is Mandarin and they have only been in Australia a couple of years so although they speak and understand English to get by, I have a friend most weeks to interpret & explain idioms, figures of speech etc. I\’ve been so touched by these women. Mostly atheists by background, they are so keen to learn how to live in a way that honours the Lord and to teach their children this also. We started with the book of Philippians and are now going through James.
They have some unique difficulties. Their children are picking up the language so much faster and are reluctant to speak Mandarin at home and the parents are frustrated because they don\’t have the same grasp of English that their children have. The parents also struggle to know what their children are being taught at school and the recent conlict in Australia over so-called Safe Schools has added to their concerns. I gave them some easy children\’s Bibles in English (The Beginner\’s Bible was one) for them to read to their children but there doesn\’t seem to be much else available. There\’s a business/ministry opportunity here for someone who would print some easy books with Mandarin on one page and English on the opposite page.

* My husband\’s Grandma is 97 years of age and up until recently she was an avid knitter. I\’ve been going through all the clothes she knitted for our children when they were babies and washing them for my new Granddaughter. They were knitted with pure wool and I was so disappointed to find some had rust-like marks on them so I got out my 1948 Home Science manuals I found at an op shop ages ago to see what I could do: 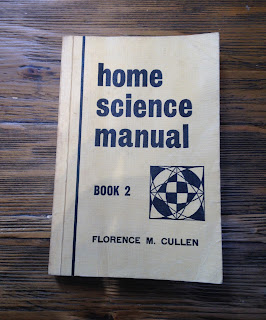 I first used Napisan (not mentioned in the above book but I\’ve used it for delicates in the past) in fairly hot water, soaking them with the timer on & making sure the water didn\’t get cold. After rinsing, I used a solution of Hydrogen peroxide & did basically the same thing. I don\’t have any before & after photos but the marks are all but gone. 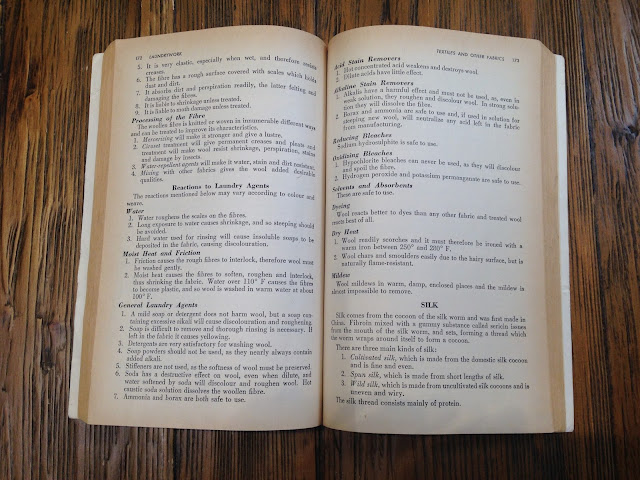 This is one of the articles, part of a set knitted about 25 years ago which includes a dress and a matching coat. I had the knitted garment in a pillow case with some mothballs in an outer bag and then I put them in another bag but I think some moisture got in and that, I think, was the cause of the rust stains. I gave the other articles to my daughter before I thought of taking a photo: 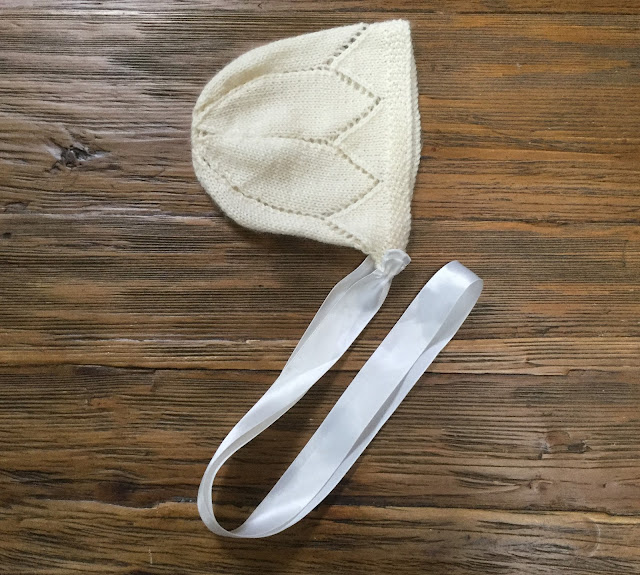 * Reading: I\’m on to my last book in the Back to the Classics Challenge 2017 & I\’ll be posting about that and other challenges and books read later, but this week I picked up a book I forgot I had, The True Woman by Susan Hunt and it\’s been a refreshing read. I\’ve read another book by the author, Spiritual Mothering, and can highly recommend both. Life Under Compulsion by Antony Esolen and Norms & Nobility are my slow reads – there\’s so much to chew on and digest and I\’ll be continuing with them well into 2018.

* Current Events – I usually post these on my FB page but here\’s one I thought would be good to share again:

Is it Really the Christian Way? Yes, Actually, it is.

What is striking about the current debate is how the nature of who the most vulnerable in our society are. Up until recently the most vulnerable were constantly viewed as the poor, those who were trodden down by the rough economic forces of our rapacious culture.

That’s no longer the case.

* Look what I found on one of our local streets when I was out for a walk – a Street Library.
Have you seen one in your neighbourhood? 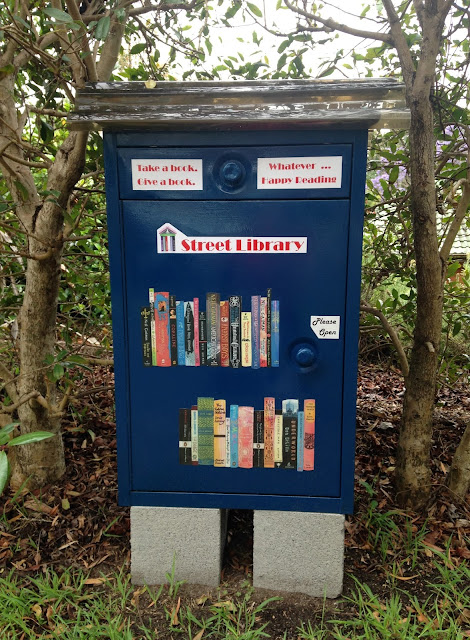