A.W. Tozer, in his wonderful little book of essays, The Root of the Righteous, said that:

One marked difference between the faith of our fathers as conceived by the fathers and the same faith as understood and lived by their children is that the fathers were concerned with the root of the matter, while their present-day descendants seem concerned only with the fruit.

Success looks only at the fruit, at that which may be \’the brief bright effort of the severed branch to bring forth its fruit in its season.\’

Tozer goes on to observe that, \’Preoccupation with appearances and a corresponding neglect of the out-of-sight root of the true spiritual life are prophetic signs that go unheeded. Immediate \’results\’ are all that matter, quick proofs of present success…
Religious pragmatism…Truth is whatever works. If it gets results it is good. There is but one test for the religious leader: success. Everything is forgiven him except failure.\’ 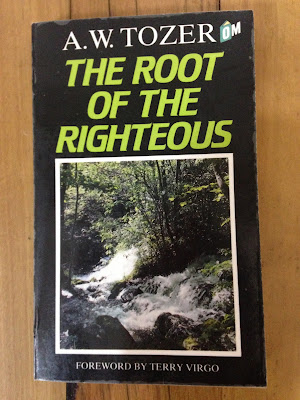 I recently read an essay on the Book of Job in the Old Testament by G.K. Chesterton that one of my daughters recommended. Chesterton says: 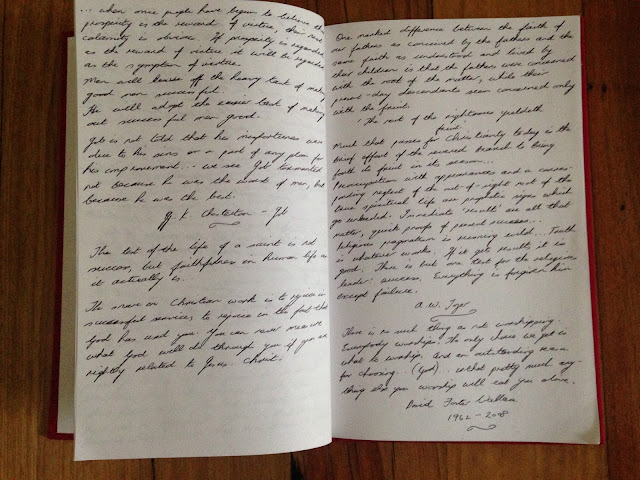 There is no such thing as not worshipping. Everybody worships. The only choice we get is what to worship…
If you worship money and things – if they are where you tap real meaning in life – then you will never have enough. Never feel you have enough. It\’s the truth…Worship power – you will feel weak and afraid, and you will need ever more power over others to keep the fear at bay. Worship your intellect, being seen as smart – you will end up feeling stupid, a fraud, always on the verge of being found out.

I think it would be consistent with Wallace\’s observations to say that if you worship success…you will never be satisfied. You will end up feeling you\’ve achieved nothing.

The insidious thing about these forms of worship is not that they\’re evil or sinful; it is that they are unconscious. They are default settings. They\’re the kind of worship you just gradually slip into, day after day, getting more and more selective about what you see and how you measure value without ever being fully aware that that\’s what you\’re doing. And the world will not discourage you from operating on your default settings, because the world of men and money and power hums along quite nicely on the fuel of fear and contempt and frustration and craving and the worship of self.

The test of the life of a saint is not success, but faithfulness in human life as it actually is…
Oswald Chambers

14 thoughts on “From my reading”