According to legend, in the thirteenth century Tartars from the east descended upon the Polish city of Kraków. The young trumpeter of the Church of Our Lady Mary had taken a solemn oath to play the Heynal each hour of the day and night from the church tower, and this he did even as the Tartars below were setting fire to the town and the other inhabitants had fled into the Wawel fortress. As he played the hymn, a Tartar below shot an arrow,  killing him before he could finish the hymn.
One hundred and twenty years later, Andrew Charnetski, his wife, and their son, Joseph, arrived in Kraków seeking refuge after they were driven out of the Ukraine. In their possession was the Great Tarnov Crystal, a rare jewel that had been in the Charnetski family for over two hundred years, and which they had sworn to guard.
Befriended by Jan Kanty, a renowned priest, theologian and scholar of the times, the family was provided with lodgings and Andrew, a skilful trumpeter, was given the night shift in the church tower. Before long, however, a Tartar chief from the Ukraine had discovered their whereabouts and made plans to get his hands on the jewel. He would stop at nothing to achieve his ends.

The Trumpeter of Krakow by Eric P. Kelly won the Newbery Medal in 1929 for this story of medieval Poland and wrote the book while he was teaching and studying at the University of Krakow. Krakow was not the tourist destination it is today, and before the book was published in 1928, it had never even been mentioned in a book for children. The Trumpeter of Krakow is an unusual book in many ways, with its focus being a little known city in Poland at the time of its publication. Although it is an adventure story of sorts, the author focuses on some of the interplay of the scientific thought and superstitious beliefs prevalent at the time – alchemists, hypnotism and a brief mention of the future work of Nicholas Copernicus. This adds some interesting angles, so that although the book is recommended for ages 8 to 12, it would probably interest older children as well. The prestige of the various colleges and the reputation of the men who taught there had drawn to Kraków not only genuine students but also many of the craft that live by their wits in all societies, in all ages – fortune tellers, necromancers, and fly-by-nights who were forever eluding the authorities of the law…

Against the machinations of these men the influence of the university was ever working, and the first great blow that many of these magic crafts and black art received was struck by Nicholas Kopernik, better known as Copernicus, many years later, when Joseph Charnetski was a very old man; Copernicus, working with rough implements, even before the telescope had been invented, proved to men for the first time that the heavenly bodies, stars and planets, move in the skies according to well-fixed and definitely determined laws, subject only to the will of he Creator of the universe, and that they have nothing to do with the destinies of individuals.

Historical figures in the book include:

Jan Kanty (also known as St John Cantius) who was much revered in Poland for his wisdom, humility and generosity.
Kazimir Jagiello, King of Poland.

Historical places mentioned in the story:

View of Wawel near the end of the 16th century 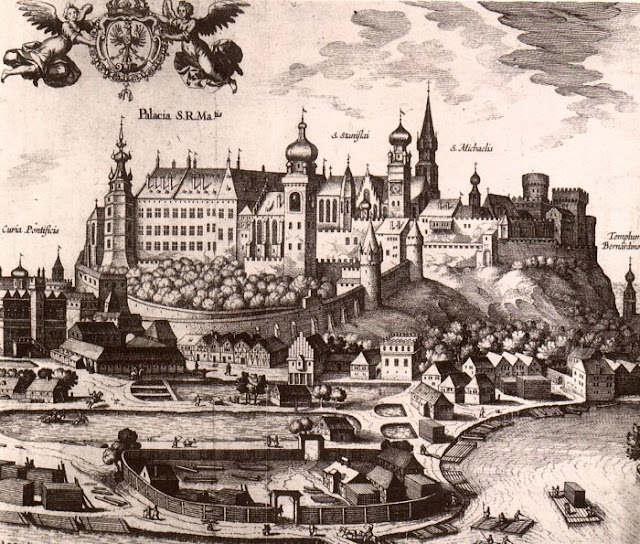 The Wawel Castle and Cathedral (on the left) in Kraków, Poland 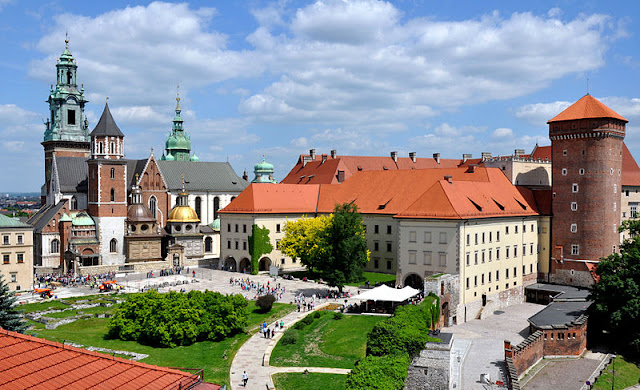 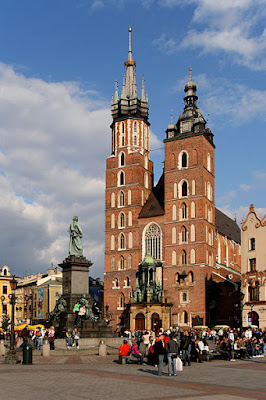 For a second the woman\’s heart quailed before the fresh difficulties, but she forgot self at the look in her husband\’s face. Her quiet reply, \”We will wait, for God is in the waiting,\” filled him with courage again.

Now of all the creatures that God has put in the world a dog is the most curious, and sometimes, one might think, the most discerning. For when this same animal had broken loose in the morning, his first impulse, which he had followed, had been that of flight. His second impulse was to look for a friend, since no dog can live without a friend.

These are dark days when men look with suspicion upon all who engage in investigation whether it be honest or dishonorable, godly or selfish.