This is my second week of no caffeine. I don’t drink a great deal of coffee, although my consumption has increased in the past year or two, but my tea intake is embarrassing. My dentist asked me how much tea I drank per day and I couldn’t tell him because one cup just flows into the next. I leave half drunk cups of tea all over the place. So just to say I could do it, I went cold turkey on caffeine, which I’ve done before but not for quite awhile.

Day 1 & 2 – not too bad. I didn’t really have headaches, just a dopey feeling and I felt like going to bed earlier than I usually do.
Day 3 & 4 – as soon as I lay down to go to sleep I started getting pains in my lower back and all over my legs. Not cramps, flu-like aches but they were so bad I ended up having some Nurofen so I could get some sleep. I couldn’t believe it!
Day 5 – still some leg aches but nothing like the previous couple of days.
Day 10 – my family thinks I should end my caffeine fast because I was easier to live with when I was on it.

I’ve been drinking herbal tea – peppermint mostly, which I thought was wonderful for the first couple of days, but I’m really over it now and would love a real cup of tea…

‘On Tea’
In vino Veritas. In Aqua satietas. In … What is the Latin for Tea? What! Is there no Latin word for Tea? Upon my soul, if I had known that I would have let the vulgar stuff alone.
Hilaire Belloc

We’ve just finished the fourth week of Ambleside Online Year 6. It’s the second time for us to cover this particular year. Benj did a beefed up version a few years ago and it’s a great year with wonderful books. Moozle is basically following the schedule as is, with a couple of Australian substitutions. This is what she did this week:

We’re continuing with History of Australia by Clark, Hooper & Ferrier. We started this in Year 4 and have enjoyed it.

Grammar-Land by M.L. Nesbitt – this book has 17 chapters so we’re using it for 17 weeks and then going back to Easy Grammar Plus. Between French & Latin, we’ve been covering quite a lot of grammar. Easy Grammar Plus is very good but it stays on a concept (eg prepositions) for ages and I wanted to give her a quick, broad overview, which this book does. I have a store of various grammar resources that I’ve gathered over time. Some of my children have done well with some of them and not others. I thought of using Winston Grammar for Moozle, mostly because I really only used it with one child and feel bad that I haven’t made better use of it, but she seems to be doing fine with what she’s been doing since we started formal grammar in Year 4.  A homeschooler has provided free worksheets to use with the book, bless her. 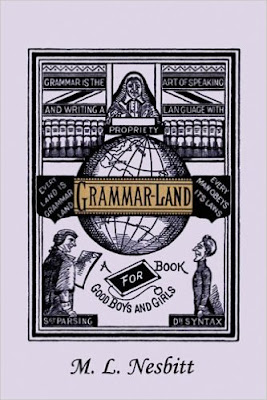 We have some lovely ancient copies of William J. Long’s books and all my children have loved them, as well as books by Ernest Thompson Seton. This one is a 1902 edition that I found for a couple of dollars and we’re keeping this on the schedule even though the animals written about in the book are native to the Northern Hemisphere. A couple have been introduced to Australia so they are familiar and I’ll be adding in some Australian Natural History titles later. 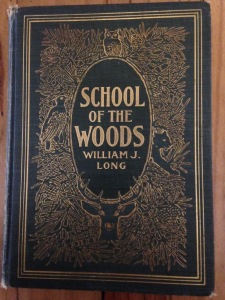 I’ve added in videos on the periodic table that Benj used. They fit in nicely with The Elements by Theodore Gray and The Mystery of the Periodic Table by Benjamin Wiker and Jeanne Bendick. The ‘Gold’ (Au) video below was very interesting:

A written narration on Never Give In: The Extraordinary Character of Winston Churchill by Stephen Mansfield: 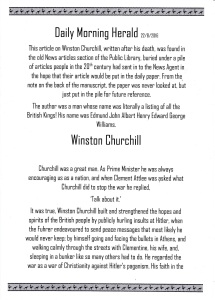 We use Seterra for geography practice. There’s a language option that Moozle found today so she did the map practice in French and said it was easier than doing it in English??
We downloaded the programme; it’s very easy to use and fun to compete with each other to see who gets the highest score.
Typing – I’ve just started Moozle with Rapid Typing, which we downloaded for free and have been using for ages. It uses extracts from decent books such as Pinocchio for practice. Some of the programmes we looked at were fluffy but this does the job and does it well.
Benj is busy with his Liberal Arts Certificate and fits in with us when time permits. (We do Plutarch & Shakespeare with him each week.) We’ve had some good discussions about what he’s been reading and learning. One of our discussions related to the topic discussed on this Circe podcast which I recommend as it’s not something I’ve heard addressed very often: On Being Discerning Cultural Consumers. (I wrote a little more about it in a previous post)
He’s reading and doing some performing of Romeo and Juliet as part of his course but he joins us for King Lear once a week. I found a version of this play on YouTube. I’ve previewed the first six videos and they’ve been fine so I plan to use at least some of it. It has a good cast: Lawrence Olivier as King Lear, John Hurt as the Fool, and Diana Rigg as Regan.

Benj & I are reading The Root of the Righteous by A.W. Tozer

‘One marked difference between the faith of our fathers as conceived by the fathers and the same faith as understood and lived by their children is that the fathers were concerned with the root of the matter, while their present-day descendants seem concerned only with the fruit.’

I finished a couple of books and added others to my reading pile:

The Road From Home – important if only for the fact that it is an event that has almost been forgotten. Used in the Sonlight Year 10 curriculum.

The Metamorphosis – I’ve seen this in a lot of highschool lists; also used in Sonlight.

Far From the Madding Crowd by Thomas Hardy – ‘m only a few chapters in but I love it already.

We had a kettle: we let it leak:
Our not repairing it made it worse.
We haven’t had any tea for a week. . . .
The bottom is out of the Universe!
Rudyard Kipling