There are four chapters or essays in Charlotte Mason\’s second volume, Parents and Children, that have the title \’Parents as Inspirers.\’ Each of these four chapters (chapters III to VI) looks at different aspects.

Chapter III starts with the idea that parents owe a Second Birth to their children i.e. a birth into the spiritual life of the intelligence and moral sense and looks at the educational functions of parents. CM observed that some parents may neglect to do this for their children and in so doing unleash a Pandora\’s box of misfortune by their carelessness. However, there is also a cup of blessing that is available for them to dip into that will bring good to their children.
God uses men and women, parents above all others, as vehicles for the transmission of his gifts and although there are exceptions to the rule:

\’Train up a child in the way he should go and when he is old he will not depart from it,\’ (Proverbs 22:6) nevertheless, it is a rule, and God honours those who keep His law.

•    Heredity isn\’t taken into account in the Second Birth. The fact that a child is brave or timid, generous or selfish, careful or reckless, boastful or modest, quick-tempered or placid has more to do with inheritance than education. Inherited nature is present at birth and is the base foundation upon which everything else is built.

•    The child brings with him into the world, not character but disposition (temperament, nature, inherent qualities)

•    He has tendencies which may need to be strengthened, channelled, or nipped in the bud

•    A person\’s character is the disposition they inherited, worked upon by education, circumstances, self-control and

There were certain dispositions that our children came into the world with. Some were of the type that we were keen to strengthen. Some needed to be channeled in the right way. Others definitely needed to be repressed. When you see your child has inherited tendencies that you\’ve wrestled with yourself, you realise how important it is that you don\’t treat them in a fatalistic fashion: \’They are who they are and they\’re stuck with it.\’ I wish I\’d had some of my inherited \’qualities\’ channeled or nipped in the bud when I was younger.
Tendencies to shyness, timidity and fear are not traits I want to strengthen.
If my child is by nature an introvert, I don\’t want them to use that as an excuse to stop them being initiators.
I don\’t necessarily want to squash a quickness of temper but to channel it in a creative way. I want to strengthen an obvious talent and make opportunities for it to be developed even more.
We are not limited to what we possessed at our \’first birth.\’ Thankfully!

Charlotte Mason called the Holy Spirit \’the supreme agency,\’ that is sometimes \’little suspected and as little solicited.\’ I\’ve been guilty of forgetting that the Holy Spirit has the capacity of exerting His power in my children\’s lives. I can think of so many times I\’ve fretted over things I had no control over when I could have saved myself the trouble by acknowledging His agency in their lives.

CM touches on something that even now is considered to be new ground: the idea that mental activity isn\’t just a product of the brain, but it is also a shaper of the brain. She didn\’t use the term back then but today we\’d call this neuroplasticity. She uses quotes from Physiology of Mind by a Dr. Maudsley, but a more recent book that looks at learning and the \’switching on of genes\’ that change neural structure is \’How the Brain Changes Itself\’ by Norman Doidge, and it is fascinating. 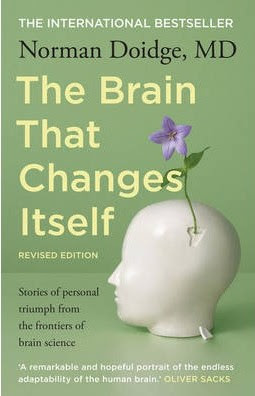 I thought of the place of copy work and memory work (learning by heart) in a Charlotte Mason education when I read these words by Doidge:

…for hundreds of years educators did seem to sense that children\’s brains had to be built up through exercises of increasing difficulty that strengthened brain functions. Up through the nineteenth and early twentieth centuries a classical education often included rote memorisation of long poems in foreign languages, which strengthened the auditory memory (hence thinking in language) and an almost fanatical attention to handwriting, which probably helped strengthen motor capacities and thus not only helps handwriting but added speed and fluency to reading and speaking…the loss of these drills have been costly; they may have been the only opportunity that many students had to systematically exercise the brain function that gives us fluency and grace with symbols.

And her emphasis on developing habits i.e. \’habit is to life what rails are to transport cars:\’

Most of us think of the brain as a container and learning as putting something into it. When we try to break a bad habit, we think the solution is to put something new into the container. But when we learn a bad habit, it takes over a brain map, and each time we repeat it, it claims more control of that map and prevents the use of that space for \”good\” habits. That is why \”unlearning\” is often a lot harder than learning…

CM called the brain, \’the organ and instrument of the mind\’ and she believed that when we think a thought there is a distinct motion set up in some tract of the brain that operates in a similar way to what happens with the arm muscles in order for the hand to write. Recognising this helps us to understand that the behaviour of the brain tissue may provide a key to an effective approach in our educational efforts regarding character formation.

About a hundred years after she penned her thoughts, the science researcher and author of \’How the Brain Changes Itself\’ writes:

Since the brain could not change, human nature, which emerges from it, seemed necessarily fixed and unalterable as well.

The brain…is not an inanimate vessel that we fill; rather it us more like a living creature with an appetite, one that can grow and change itself with proper nourishment and exercise.

\’…the character of the persistent thoughts actually shapes the cerebrum…\’
Parents & Children, Pg 88
\’The business of education is with us all our lives…\’

15 thoughts on “Parents as Inspirers: the Educational Functions of Parents”