A Little Bush Maid was published in 1910 and is the first book in the Billabong series by Mary Grant Bruce. There are fifteen books altogether and they follow Norah Linton from when she was a twelve year old growing up at Billabong, her father\’s property in rural Victoria, through to her adult years.

It\’s best to read the books in chronological order just to get the characters straight (although we didn\’t because it took us a decade to gather all the titles in the series) but the books do stand alone.
The author wrote the Billabong series over the years 1910 to 1942 and they reveal a very different Australia than that of today. They are historically interesting – three of them have World War I as a backdrop (From Billabong to London; Jim & Wally; Captain Jim) and are set in locations other than Australia.

A Little Bush Maid starts off slowly as Norah and the other characters are introduced. Norah\’s father was widowed when she was a baby, and he was left to bring up both her and her beloved older brother, Jim. Her upbringing so far has been unconventional. She has had no formal schooling and she spends her days in her father\’s company, helping out on the property and growing \’just as the bush wild flowers grow.\’ Jim is at boarding school in Melbourne and as the story opens, he comes home with two of his friends, Wally and Harry, for the school holidays.

A Little Bush Maid may not immediately entice a young reader as they may initially be put off by the lack of action, but it is worthwhile to keep going. There is still a good deal of lighthearted, humorous banter between the characters and when the action does begin, the story picks up quickly. Norah discovers the camp of a mysterious old hermit, the young people have encounters with venomous snakes, a disgruntled swaggie sets fire to the Linton property and a visit to the circus nearly ends in tragedy.
The title of the first book probably isn\’t appealing to boys, but although Norah is the main character, there are strong male characters in all the books.
Age-wise, a confident reader of nine would enjoy this book, but if they like the book as much as some of my children did, you will want to start looking for more books in the series. They are out of print but the first title can generally be found easily enough and a kindle version is available online at Gutenberg (see below).
The Mary Grant Bruce Official Website has a list of the books in chronological order.

As the book was written in 1910, the attitudes and views reflect that time period. Chinese workers, Aboriginals and servants have attributes ascribed to them that are not acceptable these days and in 1992 a revised edition produced by Angus & Robertson was published with some omissions to reflect this. 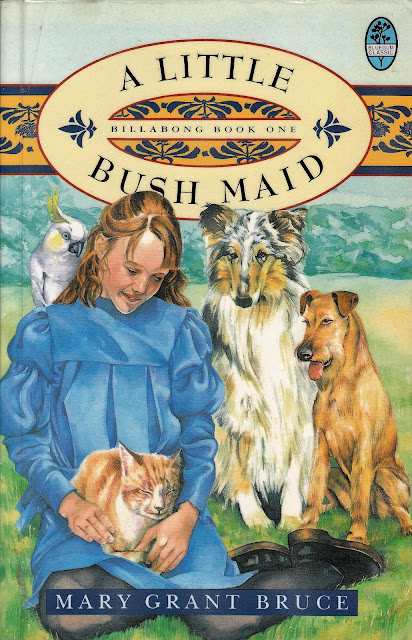 We have an unabridged copy and a 1992 edition and I noted some of these changes:

Norah was driving a horse and carriage and referred to the two horses as \’Darkie\’ and N***er. In the revised edition the second horse\’s name was changed to \’Blackie.\’

A remark made about black Billy, the Aboriginal station hand was omitted:

\”Queer chap, that,\” said Dr Anderson, lighting a cigarette. \”That\’s about the only remark he\’s made all day.\”

This sentence referring to the Chinese gardener was omitted:

Wally\’s own idea was to tie him up by the pigtail, but this Jim was prudent enough to forbid.

In the afterward written by Barbara Ker Wilson in the 1992 revised edition she states:

With hindsight, we disclaim many of the ideas, opinions and attitudes of 1910, and a few paragraphs which might be thought of as racist today have been omitted from the text. But it would be profitless to criticise the author of a story written at that time for relaying the attitudes of her day through her characters.
Another revised edition (illustrated, same text as the book above & easy to find) 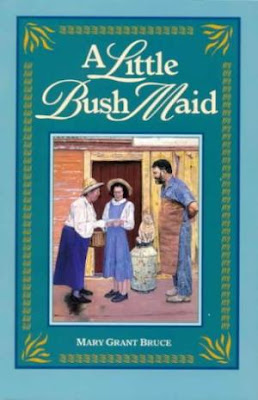 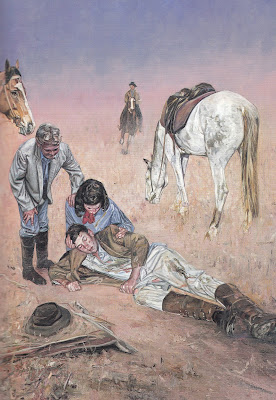 Interesting – we\’ve been listening to an audio version of Tom Sawyer by Mark Twain and I was thinking how that book would be absolutely decimated if you took out the ideas, opinions and attitudes of the time in which it was written.
Literature is the product of a culture. Alexandr Solzhenitsyn said that \’literature is the living memory of a nation.\’ If we sanitise our past we are removing those memories and how do we learn and overcome our blind spots if we do not remember?

Gutenberg has four books in the series available in a kindle edition:

This hardback version is unabridged and was published by John Ferguson Pty Limited in 1981. It also contains the next book in the series, Mates at Billabong: 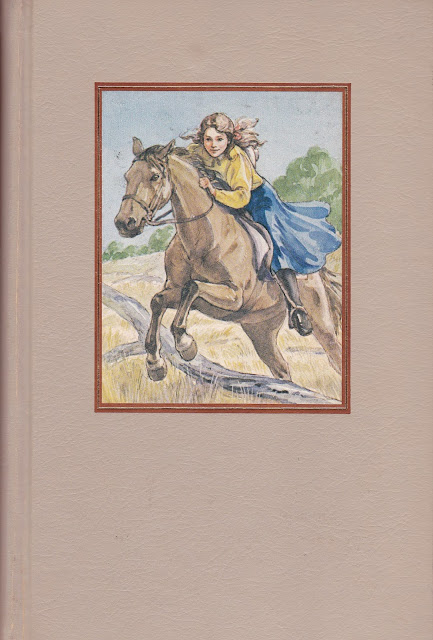 An unabridged audio published by Bolinda Publishing is also available. I haven\’t listened to it but there\’s an excerpt here. 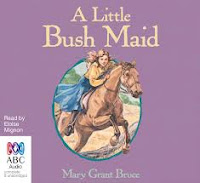 We used The Little Bush Maid as a substitute for American Tall Tails in AO Year 3. The Billabong books fit chronologically into Years 5 & 6 of Ambleside Online but we\’ve mostly used them as free reads from the age of around 9 years.

Linking this to the 2016 Children\’s Classic Literature Event at Simpler Pastimes.