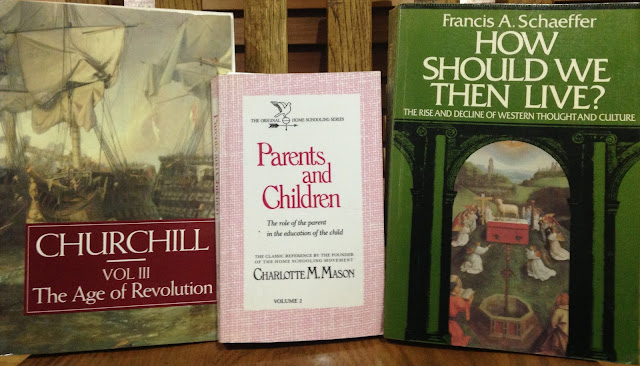 A Philosophy of Education (Volume 6) was the first book I read in Charlotte Mason\’s Original  Homeschooling Series. After reading what others wrote about Charlotte Mason\’s ideas for many years, I finally found her books secondhand and started reading what she actually said. That was about five and a half years ago and because I was teaching a broad age group at the time, Volume 6 seemed the best book to start with. I\’ve been working backwards ever since and now I\’m reading Parents and Children (Volume 2).
If you\’re reading through this volume feel free to add any opinions on the chapters or topics in the comments section and a link to any posts you\’ve written relevant to the chapters. These are just my thoughts and rabbit trails on the book.

There are twenty-six chapters or \’essays\’ in this volume that appeared in the Parent\’s Review (around 1892, I think) and they were addressed at various times to the Parents\’ National Educational Union or PNEU. The PNEU was comprised of parents who were making a practical study of the principles of education, and Charlotte Mason\’s intent was to offer practical and inspiring hints and suggestions founded on profound educational principles.

CM begins with a look at the philosopher and educational thinker, Jean Jaques Rousseau (1712-1778) and the profound effect he had upon parents and education. Rousseau succeeded in awakening parents to the seriousness of parental obligations and was one of the few educationalist who made his appeal to parental instincts.

The idea of the \”noble savage,\” \”Man was born free, but everywhere he is in chains!\” \”Let us return to nature;\” these were Rousseau\’s themes. He wrote, \”If man is good by nature, as I believe to have shown him to be, it follows that he stays like that as long as nothing foreign to him corrupts him.\”
Francis Schaeffer said of Rousseau in his fascinating book, How Should We Then Live?

Rousseau\’s concept of freedom showed itself in many forms…he argued that the best education is virtually the absence of education. This had an impact on the later education theories of self-expression which are influential in our own day. We all have our inconsistencies, but it must be mentioned that while he wrote much on education, Rousseau sent the five children born to his mistress off to orphanages. His concepts were as utopian personally as they proved to be politically.

It was Rousseau\’s ideas that initiated the beginning of French nursery schools in 1771 and later the development of L\’Ecole Maternelle, a free State organised and funded school for two to six year olds. Attendance is now considered foundational to the educational system in France and almost 100% of children aged three to six years are enrolled. (See Page 15 of this large PDF for details)

Rousseau not only influenced education. Napoleon stated that the French Revolution would never have taken place without Rousseau. Winston Churchill said that Rousseau was the first person to formulate in \’broad and piercing terms\’ the doctrine that every man, however humble, was born with a right to play his part in the government of State; that he was one of those responsible for casting doubt on all accepted values, religious and social; that these ideas worked as a powerful leaven, the effects of which  no one could ultimately predict.

Unlike others, Charlotte Mason wasn\’t \’carried away by the charm\’ of Rousseau\’s style:

Everybody knows – and his contemporaries knew it better than we – that Jean Jaques Rousseau had not enough sterling character to warrant him to pose as an authority on any subject, least of all on that of education…

Rousseau tapped into a truth and \’secured the foundation\’ but all he had to offer the builders was wood, hay and stubble.
Modern education has emerged with cracks in the walls and unstable buildings.

What is the Family?

In this section CM attempts to define some unwritten laws that pertain to the family. I\’m just going to highlight a few instances which particularly struck me.

*  The family unit actually works and is a microcosm of what a nation could be. I often think that the financial affairs of state would be better placed in the hands of someone who manages their household well on a limited budget.

*  A civilised nation has close and friendly relations with many other nations. It is barbarous in isolation and the same idea can be extended to families. Not quite sure what CM was referring to here but I think it\’s important from a Christian perspective not to be insular and cut off from those around us.

*  The family must serve…neighbours, the nation. I wrote about Integrity relating to wholeness not long ago after reading a section of Ourselves aloud to Benj & Moozle and the theme is repeated here:

…integrity with the nation must be preserved or the family ceases to be part of a living whole, and becomes positively injurious, as decayed tissue in the animal organism.

In the busyness of life it\’s so easy to insulate myself and be totally caught up in our own little (or not so little) family unit. There is always something to distract me from serving others outside of my immediate family but I\’m beginning to appreciate the powerful effect we can have on our children by looking outside to those who are not part of our family unit.

*  Other nations – brotherly kindness…To aim at universal brotherhood…to gain knowledge of other nations and understand their culture. A way of doing this:

CM\’s final thought in this chapter is on the Restoration of the Family. I think homeschooling families usually understand this quite well, but if that is the case, maybe we need to think about this:

…where family life is most beauteous with us, is not the family a little apt to be one self-centred and self-sufficient, rather than to cultivate that expansiveness towards other families which is part of the family code of our neighbours?

Charlotte Mason had a high view of the family and I find her writing so refreshing in this aspect. She was a teacher of many years but her depth of knowledge and wide experience was combined with humility. Looking back on the life of someone like Rousseau, who hit on a parental nerve at the right time and in the right place, it seems unjust that it was he and not Charlotte Mason who captured the attention of society and made such a deep and lasting imprint upon our educational practices. And yet, CM was wise enough to separate the germ of a truth from the whole, rejecting the chaff. I hope that if you read this post you will look past my clumsy attempts to articulate these ideas and be inspired to read some of her books. They are available to read online at Ambleside Online.

8 thoughts on “Parents and Children by Charlotte Mason – Ch 1”