When a short window of opportunity to have a holiday opened up two weeks ago, we headed off to New Zealand to visit family with our youngest two who hadn\’t been there before.
A flight to Auckland in the North Island and a drive south to Hamilton where we stayed with my husband\’s aunt. From there we did some day trips… 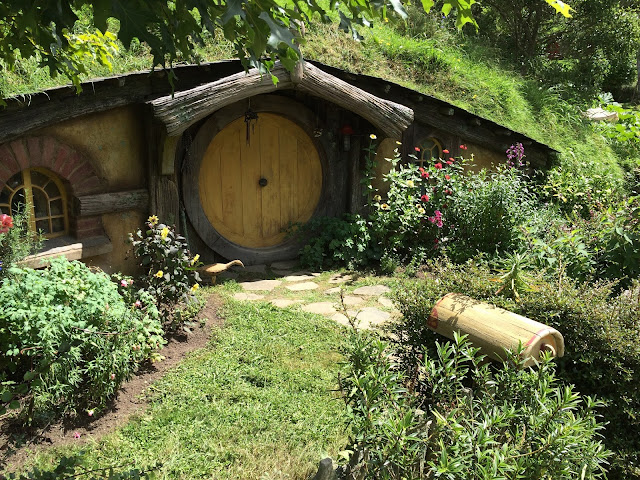 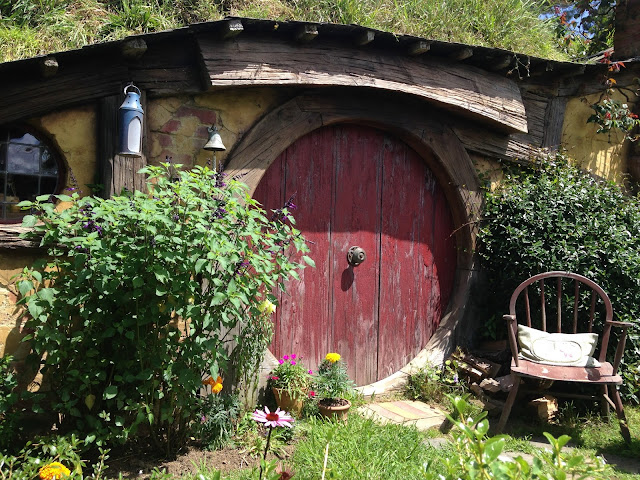 Aunty B used to be a history teacher and has interests in lots of other things: embroidery, poetry, botany, genealogy, to name just a few. Her house is filled with books & I drooled over them all. I read her copy of \’Cover Her Face\’ by P.D. James while we were there. I don\’t have a copy and have wanted to read it for awhile (it\’s James\’s first novel) and I also found this poem in one of her poetry compilations and thought it was lovely:

Idle Fame
I would not wish the burning blaze
Of fame around a restless world,
The thunder and the storm of praise
In crowded tumults heard and hurled.
I would not be a flower to stand
The stare of every passer-bye;
But in some nook of fairyland,
Seen in the praise of beauty\’s eye.
by John Clare (1793-1864)

Aunty B\’s had her spinning wheel set up in the lounge room, so Moozle had some spinning lessons. I\’ve had a spinning wheel since before we had children but it has been in the garage for quite a few years & I hadn\’t got around to teaching anyone how to use it yet. 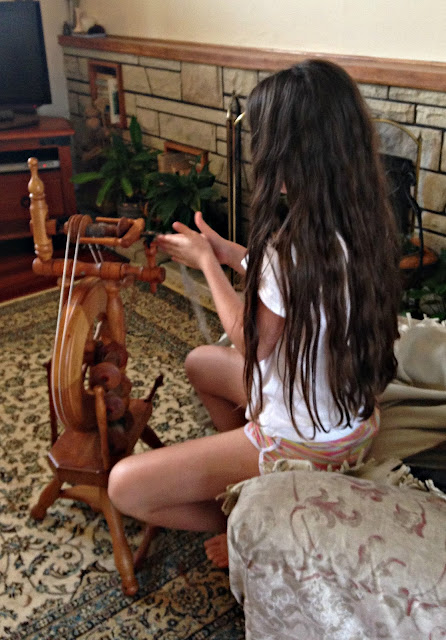 On our way to Rotorua we stopped at Huka Falls – this is where the Waikato River, which drains Lake Taupo and is one of New Zealand\’s longest rivers, squeezes through a narrow gorge…just magnificent! 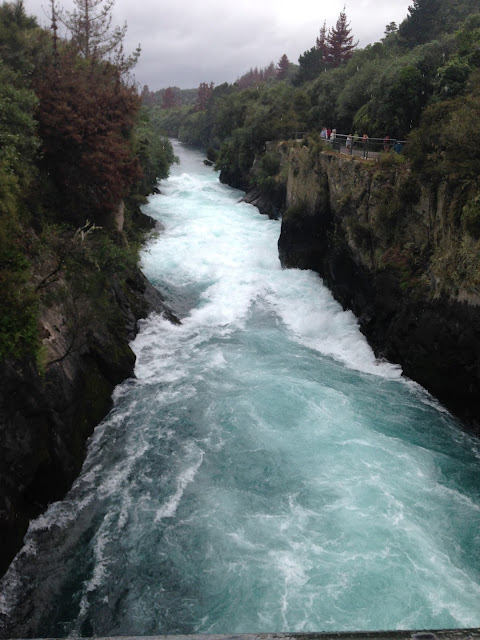 We arrived in Rotorua where Benj & Moozle experienced first-hand the unique aroma of sulphur fumes (like rotten eggs) and the geothermal activity in the area. A look around Taupo, dinner with second cousins and a tour through their organic gardens. Everyone we know in N.Z has a decent vegetable garden! Up to the lookout to star gaze and take some photos of the moon – I haven\’t seen those yet – Benj took them using his go-pro. It\’s late and we drive back to Hamilton.

We visited the children\’s Great Grandma most days. She is 95 years old and before she fell and broke her femur late last year, was living independently, growing her own veges, going to aerobics and doing her patchwork, knitting etc. An amazing lady who until recently had never missed any of our birthdays – and she has numerous other grandchildren, great-grandchildren & great-greats who were always remembered too. We\’ve been so blessed to have her in our lives.

The kiwi – they\’re nocturnal and we saw one being fed in a special enclosure where photography was not allowed. It was hilarious. They are quite aggressive, this one was about the size of a large cat and  kept attacking his feeder with his beak. Fortunately the man wore long boots & just patiently endured the offense. This one was stuffed & on a display: 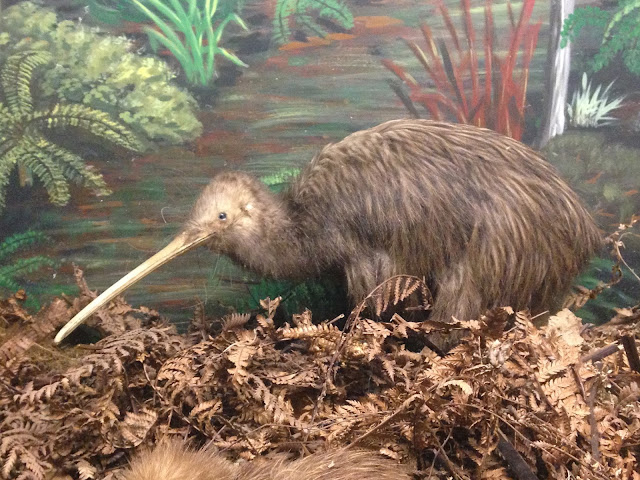 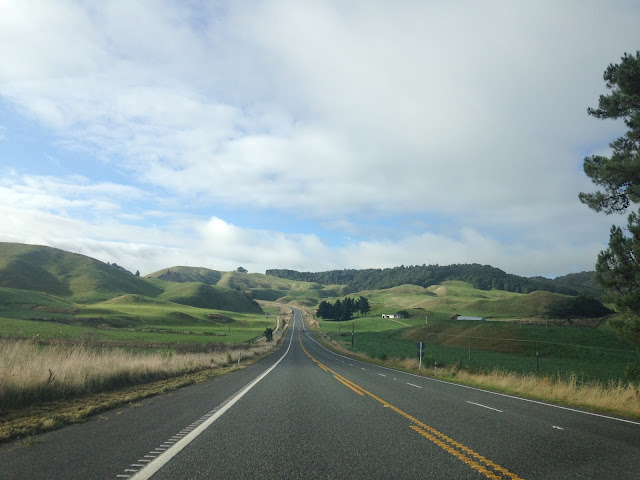 On the way we visited the Waitomo Caves to see the glow-worms. They looked like multitudes of little LED lights on a ceiling. I don\’t have any photos as they are prohibited in the caves but it was very interesting. These glow-worms are unique to New Zealand and are the larvae (Arachnocampa luminosa) of a wingless insect. I\’ll be doing some research to find out more about them.

Waimungu Vocanic Valley
We came here on our honeymoon and when we were talking about what we should do when we were in NZ on this visit, this was on the top of my list. It is so unique and there is nothing like it in Australia. 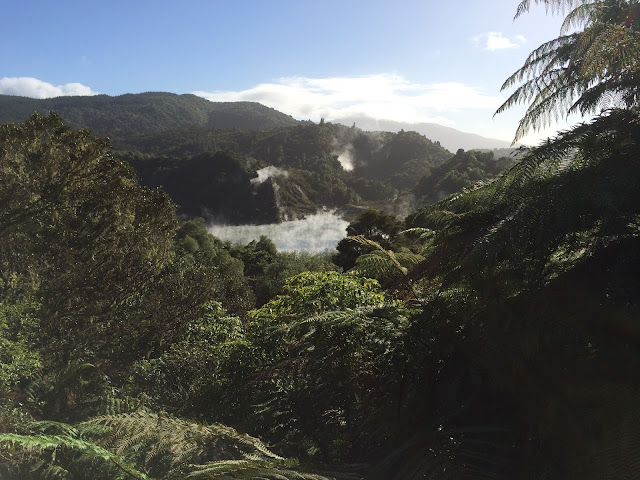 In the mid to late 1800\’s, the Pink and White Terraces bordering old Lake Rotomahana were a unique tourist attraction, but in 1886, Mt. Tarawera erupted triggering a massive explosion of the hydrothermal system, burying everything under metres of mud. About 120 people died and all plant and animal life in the area was destroyed. The Lost Pink & White Terraces shows some paintings and old photographs of this area before the eruption.

Since the eruption, Lake Rotomahana has increased about twenty times in surface area… 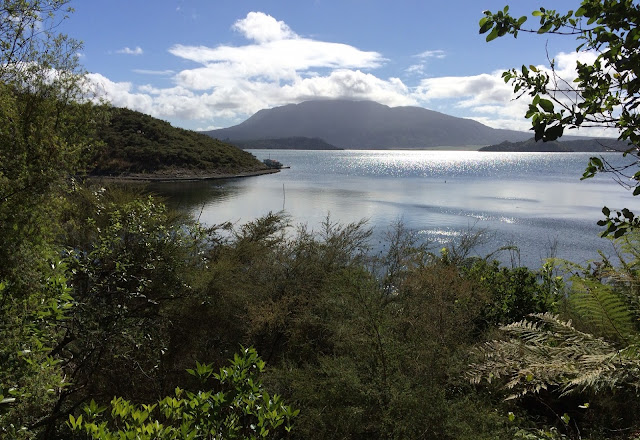 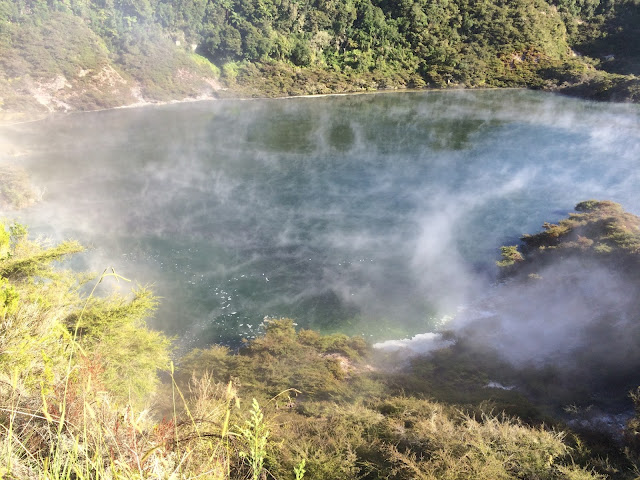 Waimangu and Rotomahana are located in the New Zealand part of the Pacific \’Ring of Fire\’ where two tectonic plates meet. It\’s the world\’s youngest geothermal system – its surface activities all commenced within recent times and were the result of a volcanic eruption which can be precisely dated. 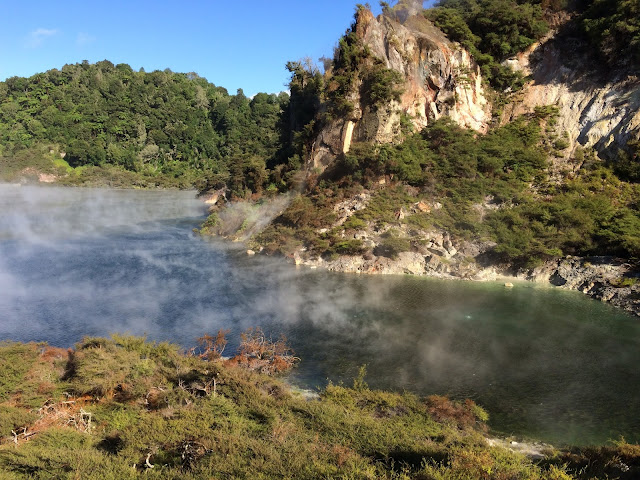 Tauranga, on the slopes of Mt. Maunganui. A visit to other members of our large family. Lots of walking and climbing on this trip… 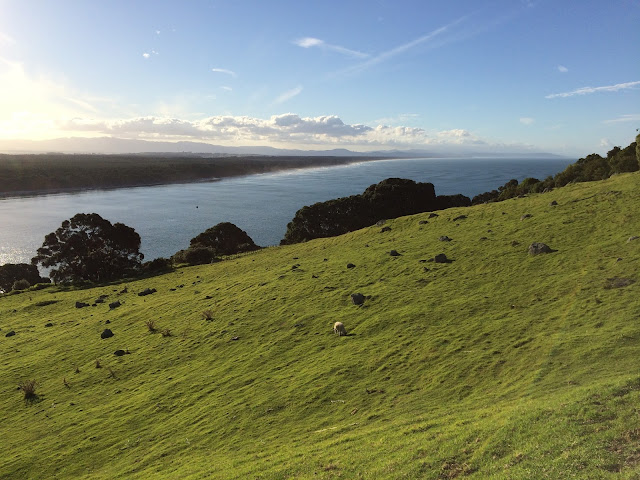 View from the top of Mt. Maunganui. A stiff climb but rewarded afterwards by an ice-cream each. 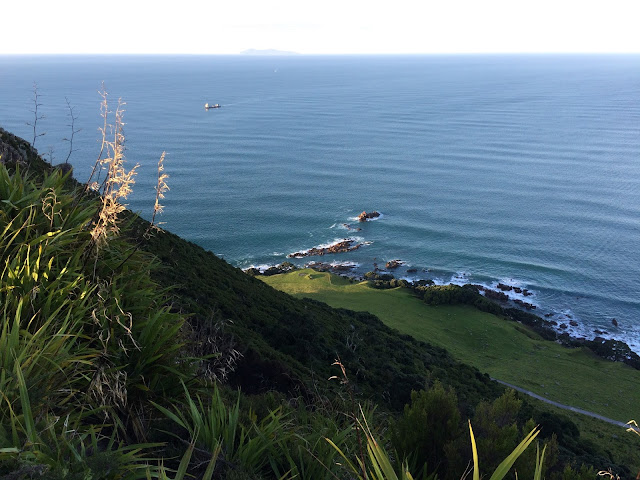 A visit to the rifle range where their Great Uncle gave them some target practice – a first for Moozle & very excited she was! 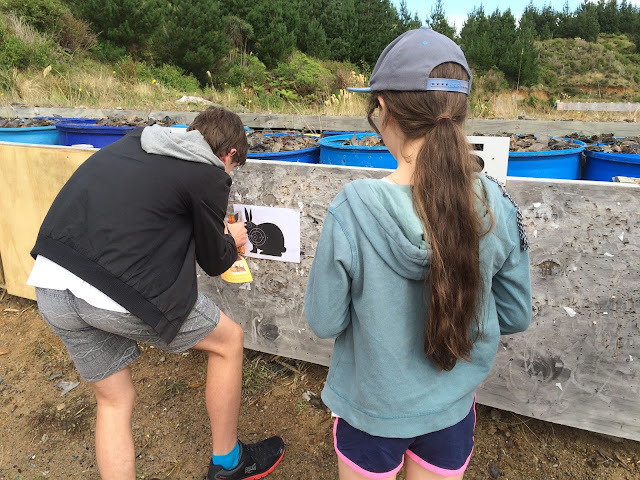 \”Education is the Science of Relations\”; that is, that a child has natural relations with a vast number of things and thoughts…(and people!)
Charlotte Mason