From time to time we take our mail out of the letterbox to find it\’s had bits eaten out of it. We finally caught the culprit feasting on a piece of junk mail, so we used this opportunity to do some nature study. It was too hot to be outside so we brought himher (snails are hermaphrodites) inside to observe:

The Handbook of Nature Study by Anna Comstock has a good section on snails and suggests building a snailery to observe them. 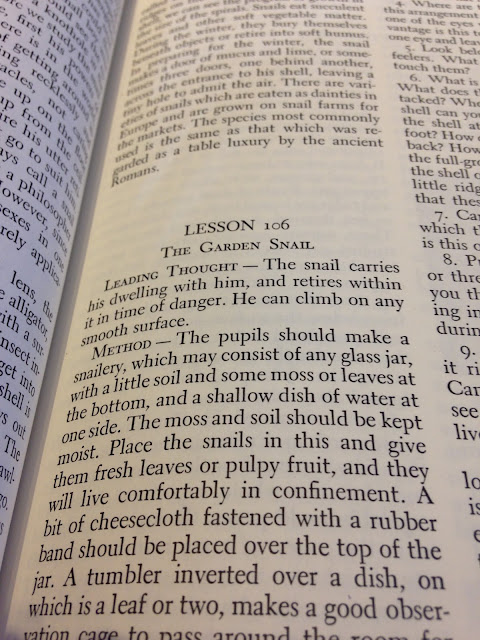 So we did…a glass jar, some moss, dirt & leaves & a little container of water 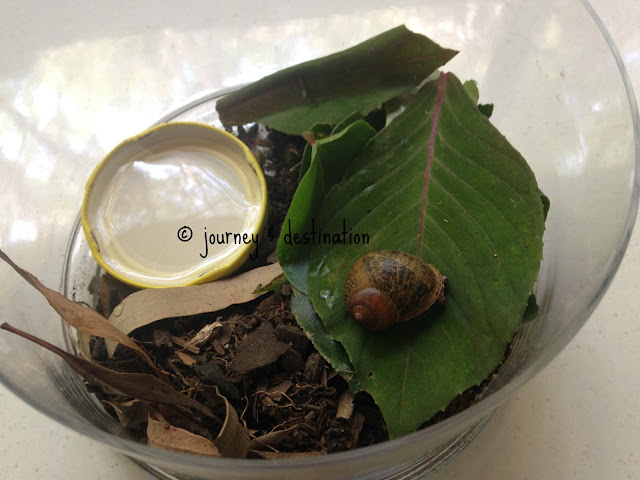 A piece of muslin over the top, held in place with an elastic band keeps the snail in the snailery – we had a piece of gauze triangular sling that we cup up. The next day we found another snail & put himher in the snailery also 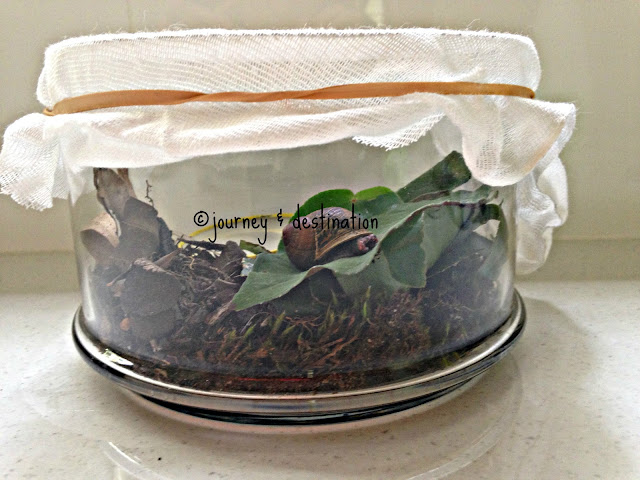 They were either lying around tucked up in their shells or stuck to the side of the glass while in the snailery so we got them out to see if they could be coaxed into eating some lettuce.
One of them was keen and popped out of his shell… 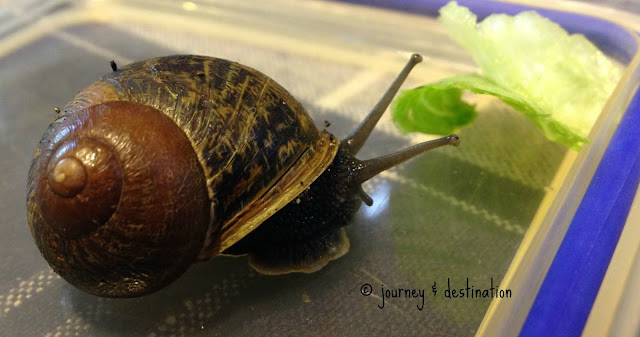 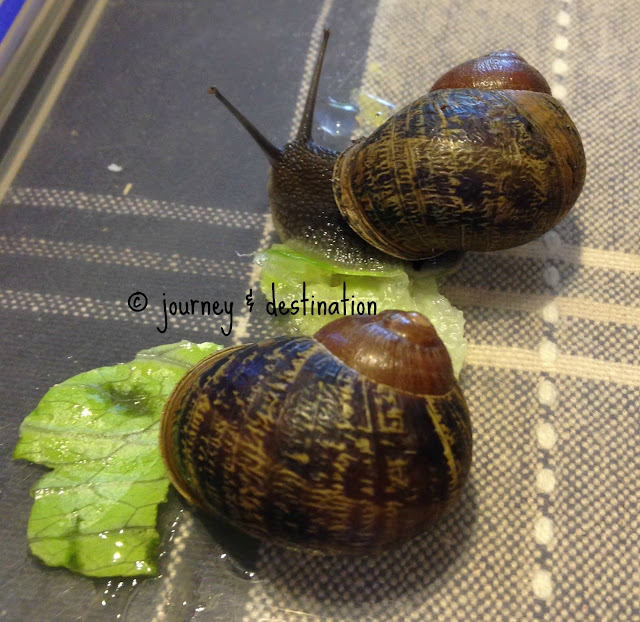 Snail break! Heshe\’s had a feed and now is off and moving faster than we expected for a snail. Here it is trying to escape. 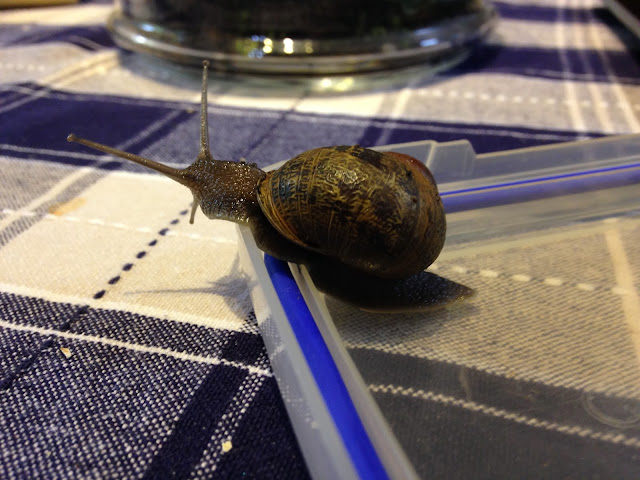 Nature Studies in Australia by William Gillies has a chapter on snails and I read that aloud while Benj & Moozle did some drawing, but more time was spent checking the snails out, which was the main point of the exercise. 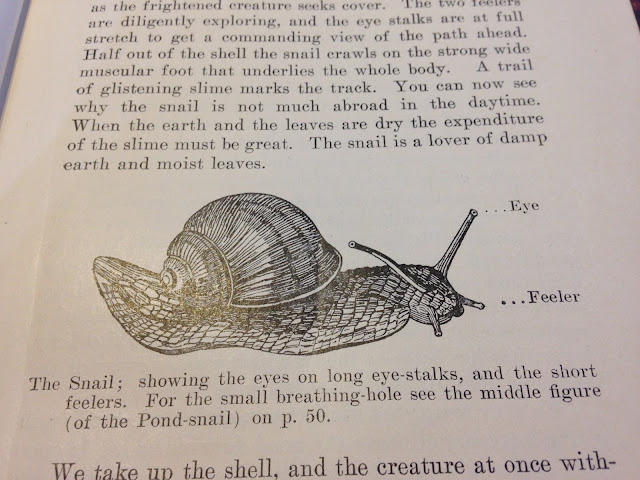 The Wonderland of Nature by Nuri Mass also has a section on snails: 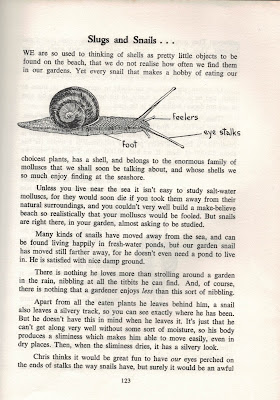 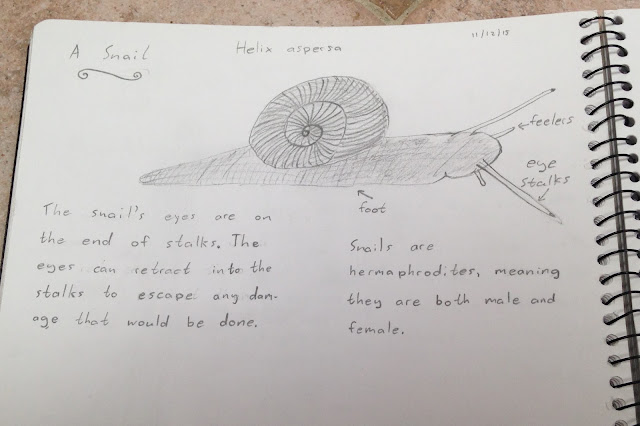 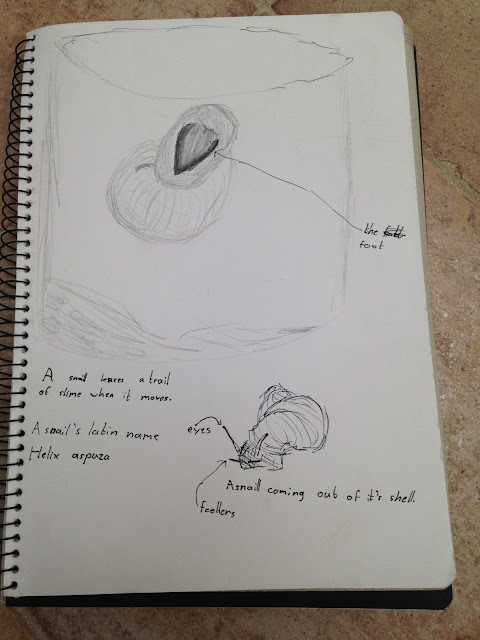 This is a video Moozle took of the two snails when we put them back into the snailery:

Some precautions when handling snails as they can carry the rat lungworm parasite.

10 thoughts on “We Build a Snailery…”