\’Beauty will save the world.\’
Fyodor Dostoevsky

We listened to an inspiring and refreshing message a few weeks ago on Beauty. I\’ve been thinking about it ever since and this week it was in relation to the small moments in our day when we allow the loveliness of music to flow into our lives.
I was very fortunate to have a dad who always sang – folksongs mainly, and it\’s been something I wanted to give my children as part of their heritage, but I always thought it was just my little quirk; a way to pass on something personal.
Classical music was in a different category in my mind. Perhaps because it was described as  \’classical\’ it seemed a more valid inclusion in our homeschool week. But I didn\’t have a personal link to classical music. My exposure to it was virtually nil when I was growing up but I was aware that I had a deficit and I set out to repair it.
When I came across Ambleside Online and saw that Folksongs were part of the curriculum, a cultural heritage which has a beauty of its own and should be passed on to the next generation, I began to see my little passion differently and allowed myself to give it a place of importance in our days. Not to feel that it was taking up space that should be filled with something more important.

I\’ve taught my children all the Scottish songs that were part of my heritage, and the songs of Australia as well as those of other nations. They really are a door of discovery into the life and history of a country.

This week we\’ve been enjoying a new folksong, \’Over the Hills & Far Away,\’ sung by John Tams. It has been adapted from a traditional English song written in the late 1600\’s and used as the theme song for a British mini-series of the Napoleonic Wars, \’Sharpe.\’ The series is based upon books by Bernard Cornwall. I haven\’t seen the series but I love the song!

We\’ve spent a couple of months listening to the music of Anton Dvorak and this week I read aloud some excerpts of his life from The Gift of Music by Smith & Carlson.
Dvorak (1841-1904) was born in what was Czechoslovakia at the time, and is credited as being one of the most human and loveable of the great composers. His music rose up from the wellspring of his Czech identity and in later years when the country of Czechoslovakia was overrun by Communist Russia, his music enabled the true spirit of the people to rise above the oppression they were under.

We were reading about his hard work and perseverance in his attempts at composition and how he kept himself warm by burning his early compositions which he wasn\’t happy with in his stove.
This sentence made me smile as I\’ve been going through Dawn\’s ebook on Charlotte Mason\’s motto, \’I Am, I Can, I Ought, I Will\’ with Moozle:

\”If I ought, I can\” might well have been the motto of Dvorak, and he had a firm, inner conviction that he would eventually succeed as a composer. Dvorak was a hard worker and determined to overcome.

We\’ve been listening to his music each day and these are some favourites:

How we fit this aspect of Beauty into our week:

Know the why – see the AO link above on Folksongs and also this short article from the University of Florida. And – 8 Reasons You Should Listen More to Classical Music.

I\’ve used CD\’s especially of folksongs if I have them. The library can be a good place to find folksongs of various nations.

I have a playlist on an iPad in the kitchen and Moozle listens when she\’s emptying the dishwasher in the morning.

I play them when we\’re making lunch.

Benj has them on his computer & he often listens while he\’s doing copy work or writing in his commonplace book.

I link the folksong to the history we are covering if I find something suitable. 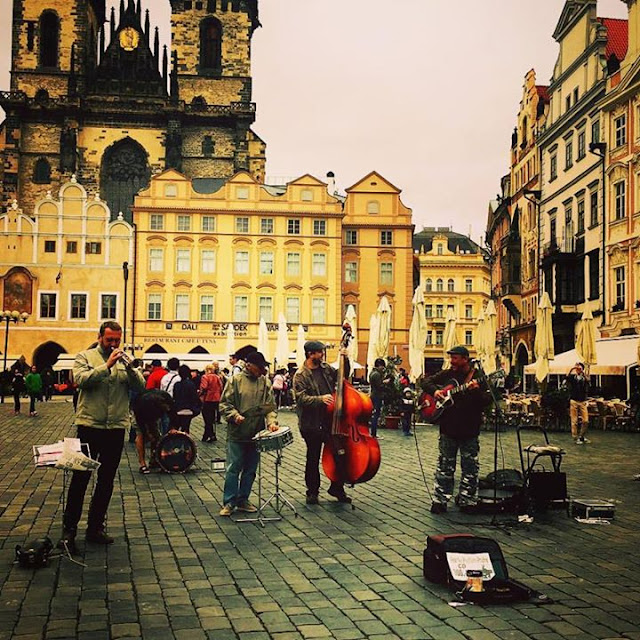 No matter what nation dominated them, the saving factor for the future of Czech music and dance was that the country remained obstinately Czech, and they kept in their hands a torch by which Smetana and, after him, Dvorak lighted fires that the whole world could see.
The Gift of Music
Psalm 27
One thing have I desired of the Lord, that will I seek after;
that I may dwell in the house of the Lord all the days of my life,
to behold the beauty of the Lord…
Linking up with Weekly Wrap-up
\’The business of education is with us all our lives…\’

12 thoughts on “Beauty in the Homeschool”