I’ve been hoarding up ideas for handicrafts the younger two can make and give as Christmas presents.
This was one project I’d had in mind for them to do and they completed one each yesterday. The original idea was inspired by this.
We used two canvas frames which cost about $2 each and they sorted out a range of fabrics from remnants of my patchworking projects. I tossed up between just using ordinary glue thinned out with water 50/50 which some people use instead of Mod Podge but decided not. I found the cheapest Mod Podge supplier in Australia and ordered from them. If you spend $50 or over you get free postage. Matt Mod Podge was used to glue the fabrics onto the canvas and then the gloss lustre went over the top, which gave it a little sheen.

Another of the projects was inspired when we had some trees chopped down about six weeks ago but we couldn’t do anything until my husband and one of the older boys had some time to cut it into smaller pieces. After a morning’s work with a log splitter we had some smaller logs left over from next year’s firewood stash:

Then we had to wait a couple more weeks for them to slice up some of it into this: 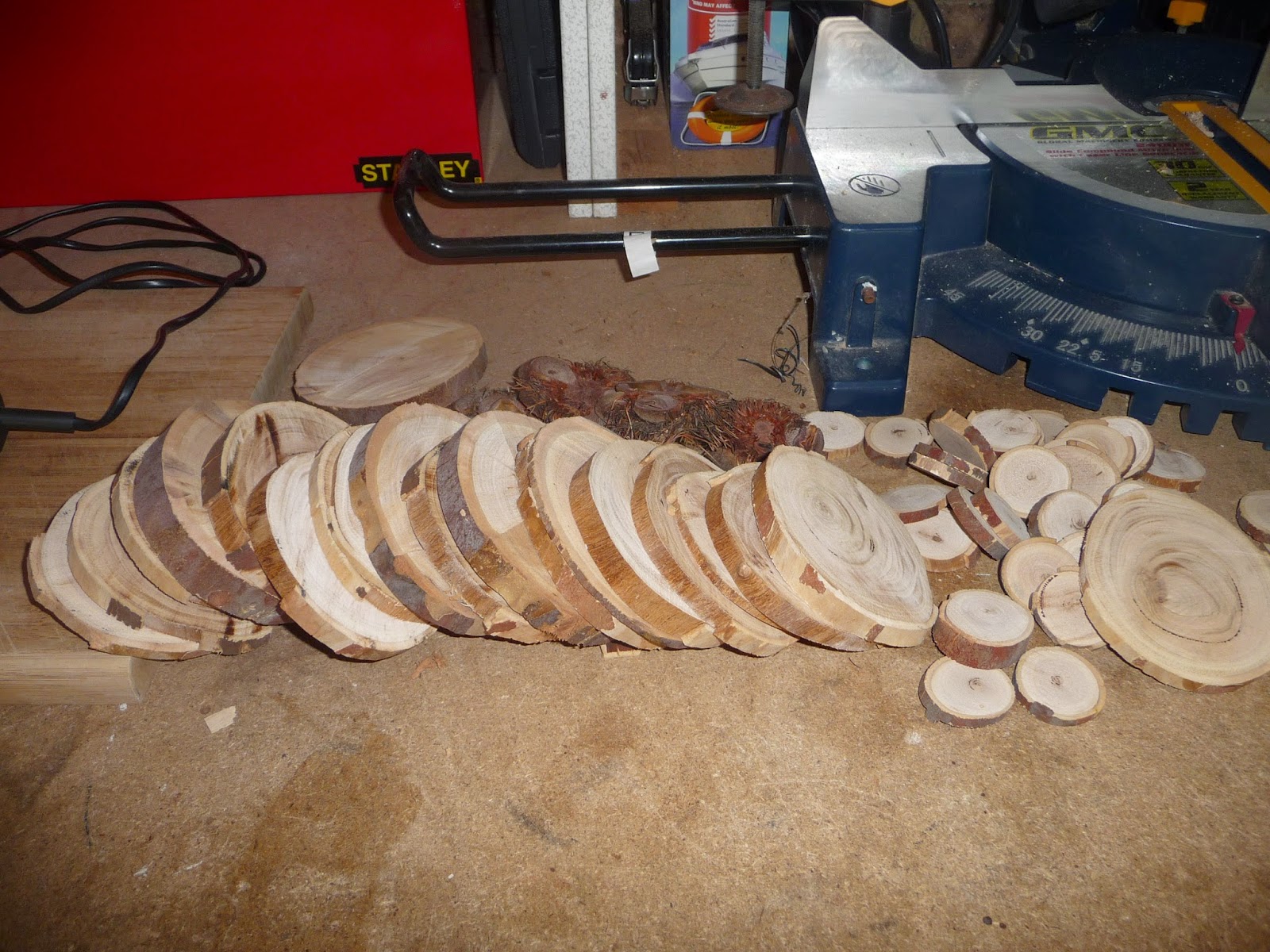 The darker bits just behind the circles of wood are sliced banksia cones, which my children always called ‘banksia bombs’ because they drop off the trees and they like throwing them at each other.
And then I found what I’ve been looking for for quite some time. My husband’s Grandma used to do woodburning or pyrography (i.e. to draw with fire) and I’d wanted to try it for handicrafts but could only find expensive industrial tools, as in hundreds of dollars. Then I tried eBay and found this:

As you can see it’s made by Weller which is a reliable brand.  I found it at Discount Traders for around $40 and was very happy with their service. We’ve got so much wood around the place we should be crafting for years so we should get our money’s worth and I’m happy to have found the tools for a handicraft that a teenaged boy would enjoy.
The kit came with instructions and a few patterns but if you google pyrography, pokerwork or wood-burning you’ll find lots of places with free patterns. Apparently hardwoods are best for pyrography as soft woods such as pine have too much sap but you can also use it on leather, candles and empty cereal boxes!

There is an E-Museum of Pyrographic Art here.