Bengy, our 14 year old, turning 15 later this year, has come to the end of AO Year 7. I’ve mentioned in other posts that the upper years of AO are sufficiently challenging for a students over a range of ages. It helps to think in terms of forms (as used in Charlotte Mason’s schools) as opposed to grades for History and Literature in particular, while the content covered in a subject such as Maths is a separate consideration and more indicative of a student’s ‘grade’ level.
For Year 7 we basically followed the schedule as it is written, omitting a few things, adding in others for various reasons, including the fact that we’d started before the new changes for Year 7 came in earlier this year. This year also included preparing for a Grade 7 AMEB piano exam which requires a lot of preparation. The Ambleside Online website states:
This is a collection of some of the best resources for this time period. Even Advisory members aren’t able to cover all of these with every single one of their own students and have to be selective. Feel free to pick and choose from among these suggestions. The best choice may just be the book you already own, and the one from which your student can narrate.
What we didn’t include:
The Once and Future King, by T. H. White – didn’t have the book; had a look at a copy from the library & thought we could skip it.
We didn’t use these books either, mainly because of the time factor, but plan to at some time:
How To Read a Book, by Mortimer Adler and Chares Van Doren
The Fallacy Detective, by Nathaniel Bluedorn & Hans Bluedorn
The Story of Painting, by H. W. Janson

* Mere Christianity by C.S. Lewis
** The Pursuit of God by A.W. Tozer
Saints & Heroes – as scheduled

The Grammar of Poetry, by Matt Whitling – slowly going through this.
The Albatross Book of Verse
Poets: G.K. Chesterton & Alfred, Lord Tennyson
Easy Grammar Plus – completed this book a couple of months ago and since then has used his Latin studies for grammar.

Chaucer – we used one of the selections before the changes were made.

This is an interesting post with a variety of Chaucer resources and suggestions:
Shakespeare:
Twelfth Night (or What You Will)
The Winter’s Tale

We are going to see the Bell Shakespeare production of Henry V in a few weeks.

A narration from The Winter’s Tale:

Plutarch:
Quintus Fabius Maximus – Some thoughts on our study of this man

I’ve linked to the study guides on the men below:
Nicias

Natural History
Life of the Spider by Henri Fabre

Warrigal the Warrior by C.K. Thompson – a fascinating insight into the Australian dingo as well as being a great story.

Bush Calendar by Amy Mack – we continue our monthly reading; free online.
Nature Study – we\’ve been bush walking regularly and have had some good beach visits and a focus on rocks and clouds.

Saxon Algebra 2 with Art Reed’s DVD
Latin
After finishing Getting Started with Latin by William Linney, (which I highly recommend) Bengy commenced Linney’s Latin Class, a free online course by the same author.
The website has audio lectures/lessons which can be downloaded and uses an out of print book available on Google Books or at archive.org:
(Don’t do what we did and start with the wrong book. There is another by the same author called Latin for the First Year.)
Each audio lasts from around 1/2 hour to an hour and includes explanations and instructions on when to do exercises in the book etc. An answer key is included on the website to go along with the lectures. We spread a lesson out over a week, sometimes two if it’s a long one. 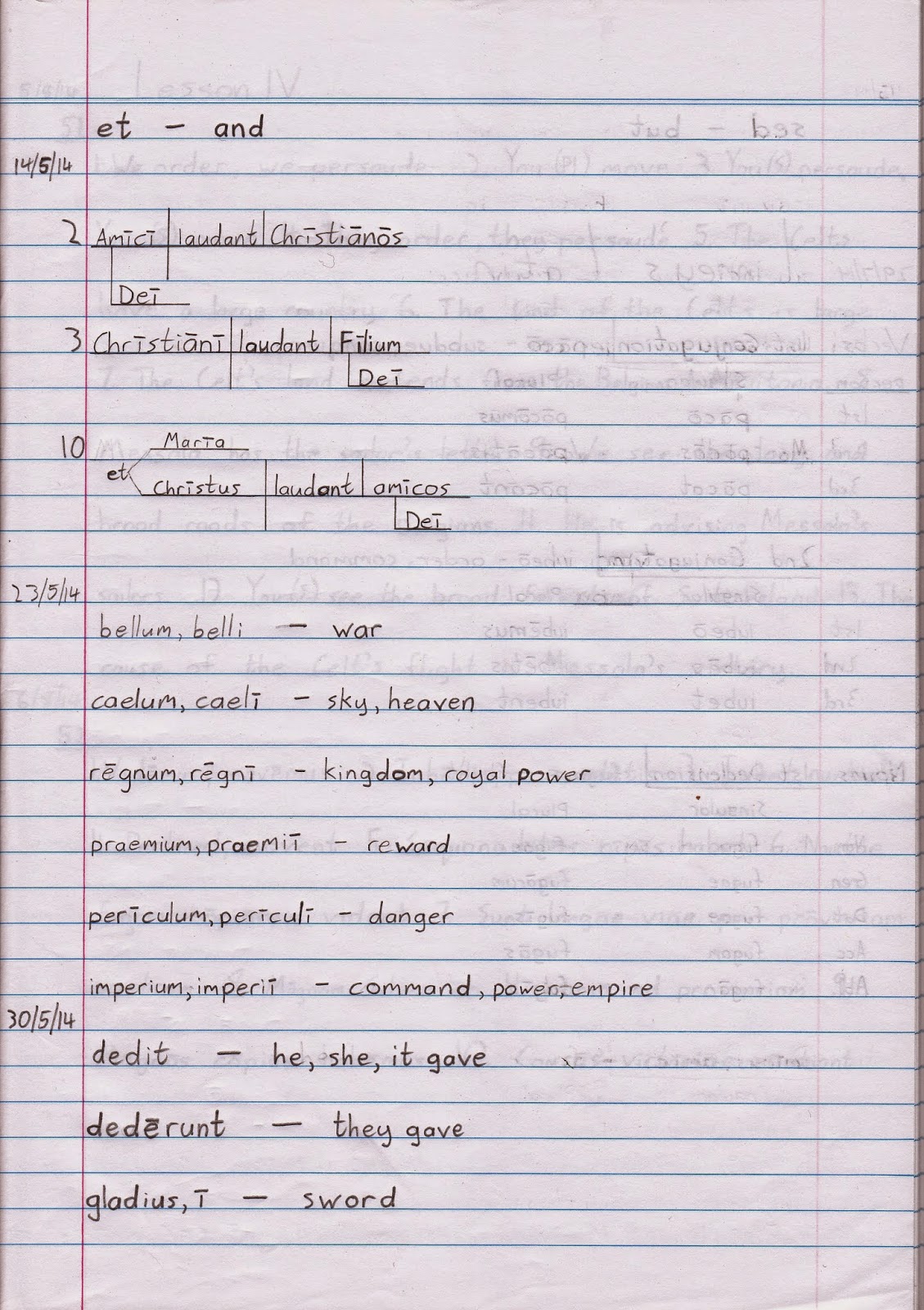 We aren’t in the USA and we generally can’t access Google Books so we usually go to archives.org to download books but we found that two pages were missing on our download. I emailed Mr. Linney who replied about an hour later. He was very helpful and sent us a link to Google Books Australia (which I didn’t know about) but the pages were also missing in that so then he sent us a PDF of the missing pages. This man provides this course free of charge and then goes out of his way to help a random person on the other side of the world find two missing pages – I’m impressed and very grateful!
Here are those two pages in case you have the same problem:

There is enough material in this course to cover the equivalent of high school Latin I & II and it has been a good fit for this young man. He did try Henle Latin first and really disliked it so I was happy to find a Latin course to replace it that didn’t cost me anything!

Science Notebook & below an example of a narration in the form of a science quiz i.e. set a list of questions to which he had to know the answers:

“The mind can know nothing save what it can produce in the form of an answer to a question put to the mind by itself.”
A Philosophy of Education pg.16

Fearfully & Wonderfully Made – we started this late so we are still going. It’s a wonderful book. 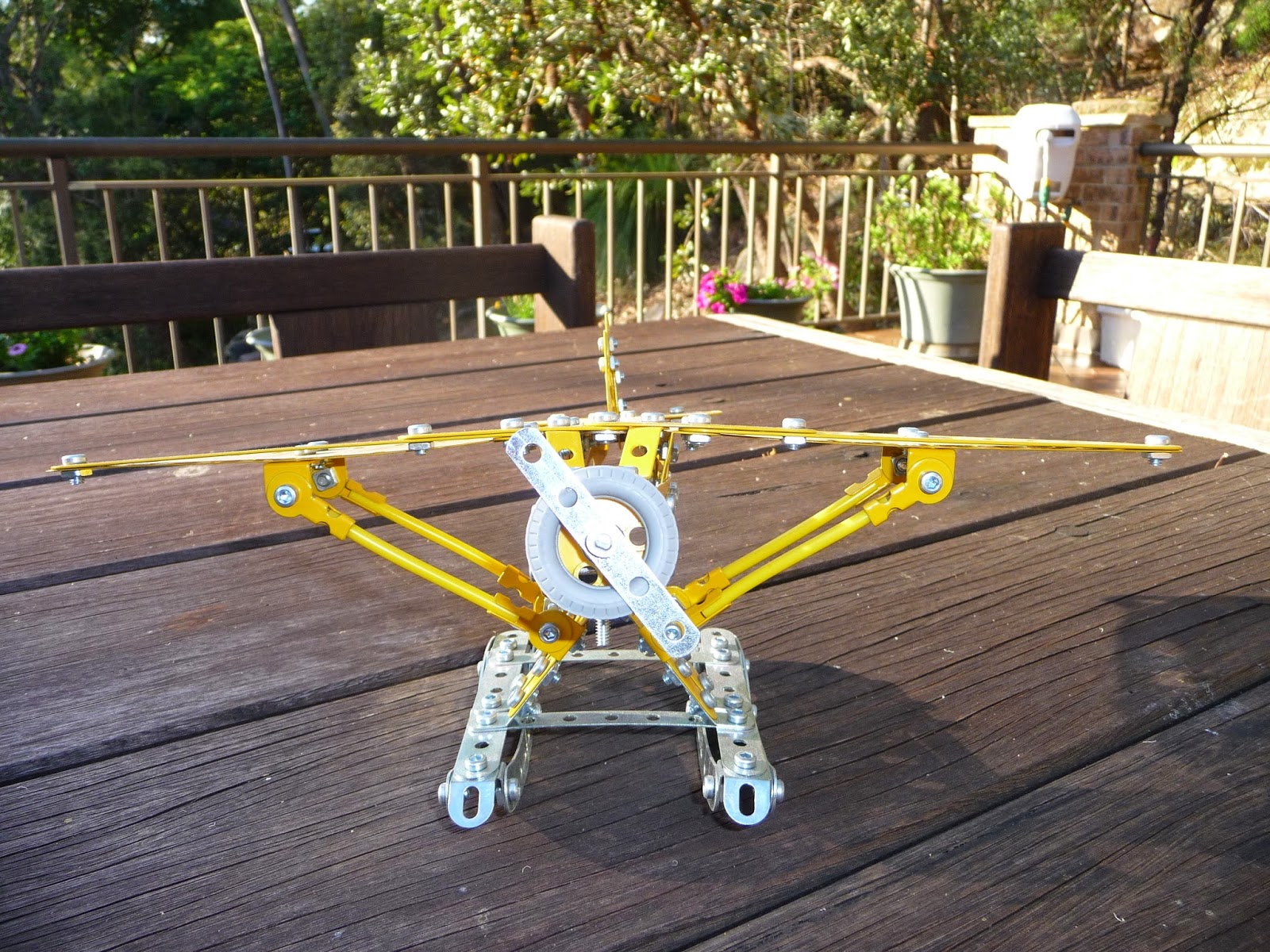 Scottish folk songs – this is a post I did on these and other Scottish material that fits into this time period.
Free Reading
The Talisman by Sir Walter Scott
Lorna Doone by R. D. Blackmore (AO Year 9)
Safely Home by Randy Alcorn (AO Year 11)
The Hunt for Red October by Tom Clancy (AO Year 11)
The following two books by Regina Doman:
The Shadow of the Bear
Black as Night

I’d recommend previewing these first; there are more in this series of modern day fairy tales but they’re for an older age group. Recommended for ages 14 years and up.
The “D’Artagnan” Romances by Alexandre Dumas
The Three Musketeers
Twenty Years After
The Vicomte De Bragelonne
Ten Years Later
Louise de la Valliere
The Man in the Iron Mask

I asked Bengy to tell me which books were his favourites this year and these are the titles he gave me: