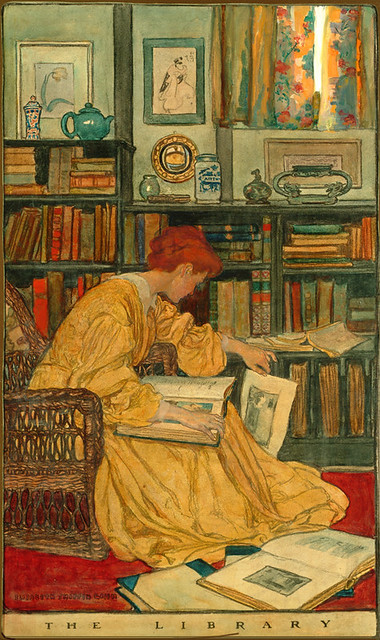 A growing list of chapter books I’ve read aloud over the past twenty odd years to my children (in no particular order). You’ll probably notice certain authors cropping up regularly – I’ve listed books by the same author together.

The books I’ve read were in most cases listened to by everyone who was present at the time. I haven’t included most of the non-fiction titles I’ve read aloud at different times as part of our more structured lessons.
I’ll add books in as I have time but if you’re curious about any of them just drop me a note in the comments and I will be able to give you some idea of the content, suitability & time period.
I’ll link to any book I’ve reviewed and an asterisk beside a title means “don’t miss it!”
What Would Jesus Do? by Mack Thomas
This is the first chapter book I remember reading aloud.
The Little House books by Laura Ingalls Wilder – my husband went to the USA on business in 1993 and brought back the boxed set of these books and I started reading them aloud to our two older children who were 5 and 3 years of age.
I read the first five to them and left the other four for them to read themselves when they were older. My 3 year old used to take one of the books to bed each night to ‘read’ and he would spend ages looking intently at the simple Garth Williams illustrations scattered through the book. The box has all but disintegrated and the books are just holding together after much use by our seven children:
* Little House in the Big Woods
* Little House on the Prairie
On the Banks of Plum Creek
* Farmer Boy
The Long Winter
Little Women by Louisa May Alcott
The Quiet Little Woman
The Hidden Treasure of Glaston by Eleanor M. Jewett
Isaac Newton by John Hudson Tiner
Johann Kepler
George Frederic Handel
Robert Boyle
George Washington Carver
Michael Faraday by Charles Ludwig
* Johnny Tremain by Esther Forbes
A Father’s Promise by Donna Lynn Hess
* The House of Sixty Fathers by Meindert DeJong
* The Wheel on the School
Far Out the Long Canal
Along Came a Dog
The Big Goose and the Little White Duck
Sign of the Beaver by Elizabeth George Speare
* The Witch of Blackbird Pond
The Bronze Bow
Mystery of the Roman Ransom by Henry Winterfield
* Treasures of the Snow by Patricia St. John (I recommend any of this author’s books; powerful writer)
* Understood Betsy by Dorothy Canfield Fisher
Boy by Roald Dahl
All of a Kind Family by Sidney Taylor (as well as others in the series)
Doctor Doolittle by Hugh Lofting
* In Freedom’s Cause by G A Henty (my husband read the first two of these aloud)
Under Drake’s Flag
With Wolfe in Canada
Heidi by Johanna Spyri
The Wind in the Willows by Kenneth Grahame
* Winnie the Pooh by A.A. Milne
* Beatrix Potter: The Complete Tales
* Sun on the Stubble by Colin Thiele (Hilarious. Great for Dads to read aloud)
River Murray Mary
Storm Boy
Young Nick’s Head by Karen Hesse (see here for some historical background on the story)
* Walkabout by James Vance Marshall (link to my review)
Bush Boys by John Tierney (a number in the series which were mostly read on their own – link to my post)
We of the Never Never by Jeannie Gunn (free online)
All Sail Set by Armstrong Perry
All About Captain Cook
Call it Courage
John of the Sirius by  Doris Chadwick
John of Sydney Cove
The Switherby Pilgrims by Eleanor Spence (Australian setting, early 1800’s)
No one Went to Town by Phyllis Johnston (Pioneer life in N.Z)
* I Can Jump Puddles by Alan Marshall (Australian Classic of a boy with polio; early 1900’s)
The Scottish Chiefs by Jane Porter
The King’s Swift Rider by Mollie Hunter
* Vinegar Boy by Alberta Hawse (link to my review)
Jotham’s Journey by Arnold Ytreeide (didn’t like his other books)
Morning Star of the Reformation by Andy Thompson (Historical fiction, John Wycliffe)
The Kon Tiki Expedition by Thor Heyerdahl
Longitude by Dava Sobel
* Mocassin Trail by Eloise Jarvis McGraw
The Golden Goblet (Ancient Egypt)
Master Cornhill (Charles II; Great fire of London) – excellent author!
* Scout By Piet Prins
* Twenty and Ten by Claire Huchet Bishop (WW2; suitable for younger age group but fun for all ages. Loved this book)
Strange Intruder by Arthur Catherall
* Phantom Patrol by A.R. Channel (same author as above writing under another name. The boys LOVED this book)
Caesar’s Gallic Wars by Olivia Coolidge
* Banner in the Sky by James Ramsay
The Merry Adventures of Robin Hood by Howard Pyle
* Otto of the Silver Hand
Men of Iron
* Snow Treasure by Marie McSwigan (WW2) – a fun easy read for the family
Swift Rivers by Cornelian Meigs
The Princess and Curdie by George MacDonald
Benjamin West and his Cat Grimilkin by Marguerite Henry
King of the Wind
Misty of Chincoteague
The White Stallion of Lipizza
Door in the Wall by Marguerite de Angeli
Thee, Hannah!
* Black Fox of Lorne
* Sarah Whitcher’s Story by Elizabeth Yates (lovely story for younger children)
Amos Fortune, Free Man
I, Juan de Pareja by Elizabeth Borton de Trevino
* The Hiding Place by Corrie Ten Boom
The Milly-Molly-Mandy Storybook by Joyce Lancaster Brisely
The Kidnapped Prince by Olaudah Equiano
The Trumpet of the Swan by E.B. White
Charlotte’s Web
Church History – Louise Vernon’s books used to be hard to find but the Book Depository link below has a number of them.
A Heart Strangely Warmed (John Wesley) by Louise Vernon (good historical fiction series on Church history for younger age group)
The King’s Book (the printing of the King James Bible, 1611)
Ink on his Fingers (Johann Gutenberg)
Johann Gutenberg
Johann Gutenberg
The Man who Laid the Egg (Erasmus)
The Beggar’s Bible (John Wycliffe)
Thunderstorm in the Church (Martin Luther)
Key to the Prison (George Fox)

* Freckles by Gene Stratton Porter (A Girl of the Limberlost is another to look out for; some mature themes in this one but one of her best) Free on Gutenberg
Secret of the Andes by Ann Nolan Clark
Carry on Mr. Bowditch by Jean Latham
* The Lion, the Witch and the Wardrobe by C.S. Lewis
* Prince Caspian
Adam of the Road by Elizabeth Janet Gray
Young Fu of the Upper Yangtze by Elizabeth Foreman Lewis
* Calico Bush by Rachel Field
* The Little Duke by Charlotte Yonge
A Piece of the Mountain by Joyce McPherson
Albrecht Durer
The Wright Brothers by Russell Freedman
* William Tell by Margaret Early
* The King’s Shadow by Elizabeth Alder (wonderful book!)
Island of the Blue Dolphins by Scott O’Dell
Pilgrim’s Progress by John Bunyan
Augustine by P.De Zeeuw J. Gzn.
Just David by Eleanor H. Porter
String, Straightedge and Shadow by Julia E. Diggins
Madeleine Takes Command by Ethel C. Brill
* Andries by Hilda van Sockum (great for younger children but we all loved it)
The Mitchell’s: Five for Victory
* The Winged Watchman (excellent, WW2)
* Enemy Brothers by Constance Savery (excellent, WW2)
Reb and the Rebcoats
Augustine Came to Kent by Barbara Willard
If All the Swords in England
Son of Charlemagne
Herodotus and the Road to History by Jeanne Bendick
Galen and the Gateway to Medicine
Archimedes and the Door of Science
Along Came Galileo
Boyhood and Beyond by Bob Shultz
Created for Work
The Magna Carta by James Daugherty
The Lewis and Clark Expedition by Richard L. Neuberger
Genghis Khan and the Mongol Hordes by Harold Lamb
* The Children’s Homer by Padraic Colum
Ancient Rome: How it Affects you Today by Richard J. Maybury
Whatever Happened to Penny Candy?
Dr Jenner and the Speckled Monster by Albert Marrin
Victory on the Walls by Frieda Clark
Beorn the Proud by Madeleine Pollard
* God’s Smuggler by Brother Andrew
Midshipman Quinn by Showell Styles
Flint’s Island by Leonard Wibberley
* Man of the Family by Ralph Moody
* Little Britches
Shaking the Nickel Bush
The Fields of Home
Mary Emma and Company
The Home Ranch
The Dry Divide
Horse of a Different Color
The Story of Beethoven by Helen L. Kaufman
The Story of Mozart
Red Hugh, Prince of Donegal by Robert Reilly
Hard Times by Charles Dickens
The Swiss Family Robinson by Johann Wyss
It’s a Jungle Out There! by Ron Snell (very funny; great books to read with teenaged boys)
Life is a Jungle!
Jungle Calls
The Eagle of the Ninth by Rosemary Sutcliff (excellent author;  most of her books I’ve given to my children to read on their own).
Viking Tales by Clive Bulla
My Side of the Mountain by Jean Craighead George
The Otterbury Incident by Cecil Day Lewis
Mrs. Frisby and the Rats of NIMH by Robert C. O\’Brien
All of a Kind Family by Sydney Taylor
* The Wolves of Willoughby Chase by Joan Aiken
Franz Shubert and his Merry Friends by Wheeler & Deucher
Joseph Haydn
Handel
Animal Farm by George Orwell
The Fallacy Detective by N & H Bluedorn
Adam and his Kin by Ruth Beechick
* The House I Left Behind by Daniel Shayesteh (Islam, Iran)
The Arrow Over the Door by Joseph Bruchac
Linea in Monet’s Garden by Bjork & Anderson
Vendela in Venice by Bjork & Eriksson
Incident at Hawk’s Hill by Allan W. Eckert
The Landing of the Pilgrims by James Daugherty
Naya Nuki by Kenneth Thomasma
Struggle for a Continent by Betsy and Giulio Maestro
In Grandma’s Attic by Arleta Richardson
Peter Pan by J.M. Barrie
How to be Your Own Selfish Pig by Susan Schaeffer Macaulay
Mr. Popper’s Penguins by Richard and Florence Atwater
* The Matchlock Gun by Walter D. Edmonds
Albert Einstein by Marie Hammontree
Thomas A.Edison by Sue Guthridge
Anna and the King by Margaret Langdon
Number the Stars by Lois Lowry
Huguenot Garden by Douglas M. Jones
The Snow Goose by Paul Gallico
The Small Miracle
The Adventures of Tom Sawyer by Mark Twain
Seabird by Holling C. Holling
Pagoo
Tree in the Trail
Paddle to the Sea
The Birds, Our Teachers by John Stott
* Warrigal the Warrior by C. K. Thompson
Thunderbolt the Falcon
* Karrawingi the Emu by Leslie Rees
Good Queen Bess by Diane Stanley
Joan of Arc

* A Fortunate Life by A.B. Facey

My Family & Other Animals by Gerald Durrell

* The Story of the Other Wise Man by Henry van Dyke