I\’ve been asked at various times what I\’ve done to get my children writing and whether there\’s a need to use resources to help in the writing process if you are following Charlotte Mason\’s educational ideas. What I\’ve written here is my own personal experience: what has worked with my own children; what I\’ve learned in the course of teaching various ages, stages and abilities; what I understand of CM\’s principles and how I\’ve applied them as I\’ve taught my children.

Charlotte Mason recommended that in the high school years, \’some definite teaching in the art of composition is advisable, but not too much, lest the young scholars be saddled with a stilted style which may encumber them for life.\’
I know the writing process is a concern for many home educators and those who have had no formal training themselves often feel unequipped for the task. My eldest three children (girl, boy, girl) were comfortable with writing and my main object was to encourage them, provide them with ideas from living books, give them an outlet or audience and work on giving their writing some polish. I\’ll share some of the ways I did this in another post.
I wanted to concentrate on what I did with my fourth child, Hoggy, in this post. A late reader, he was high school age before he could read well and even then he had difficulty with anything not in story form. I started to panic especially because I was comparing him to his older siblings at the same stage. He was totally different. I tried using different writing programmes, without much success, and then I thought I better do something about his vocabulary and tried using workbooks and other materials to try to make some progress. It was rather miserable for a while.
What I should have done was let him gain confidence and fluency with oral narration and then progress to written narration. He had some visual problems, least of which was short-sightedness and probably tracking issues, plus he is dominantly left handed, but information on these issues wasn\’t as accessible as it is now so it was trial and error.
I had read Charlotte Mason\’s ideas but only through the writings of others who had interpreted her but when Hoggy was about 15 years old, I began to read her own words (I started with A Philosophy Of Education) and began to put it into practice. Oral narration was the catalyst for his writing. It was the best thing I could have done.
A few months before he turned 17 years of age I started him on Ambleside Online Year 8 with his 15 year old brother. He completed that year and then six months of work I\’d put together using a combination of AO years 10 and 11 after which he started work full time.
I love this quote by A.W. Tozer:
\’That writer does the most for us who brings to our attention thoughts that lay close to our minds waiting to be acknowledged as our own. Such a man acts as a midwife to assist at the birth of ideas that had been gestating long within our souls, but which without his help might not have been born at all.\’ 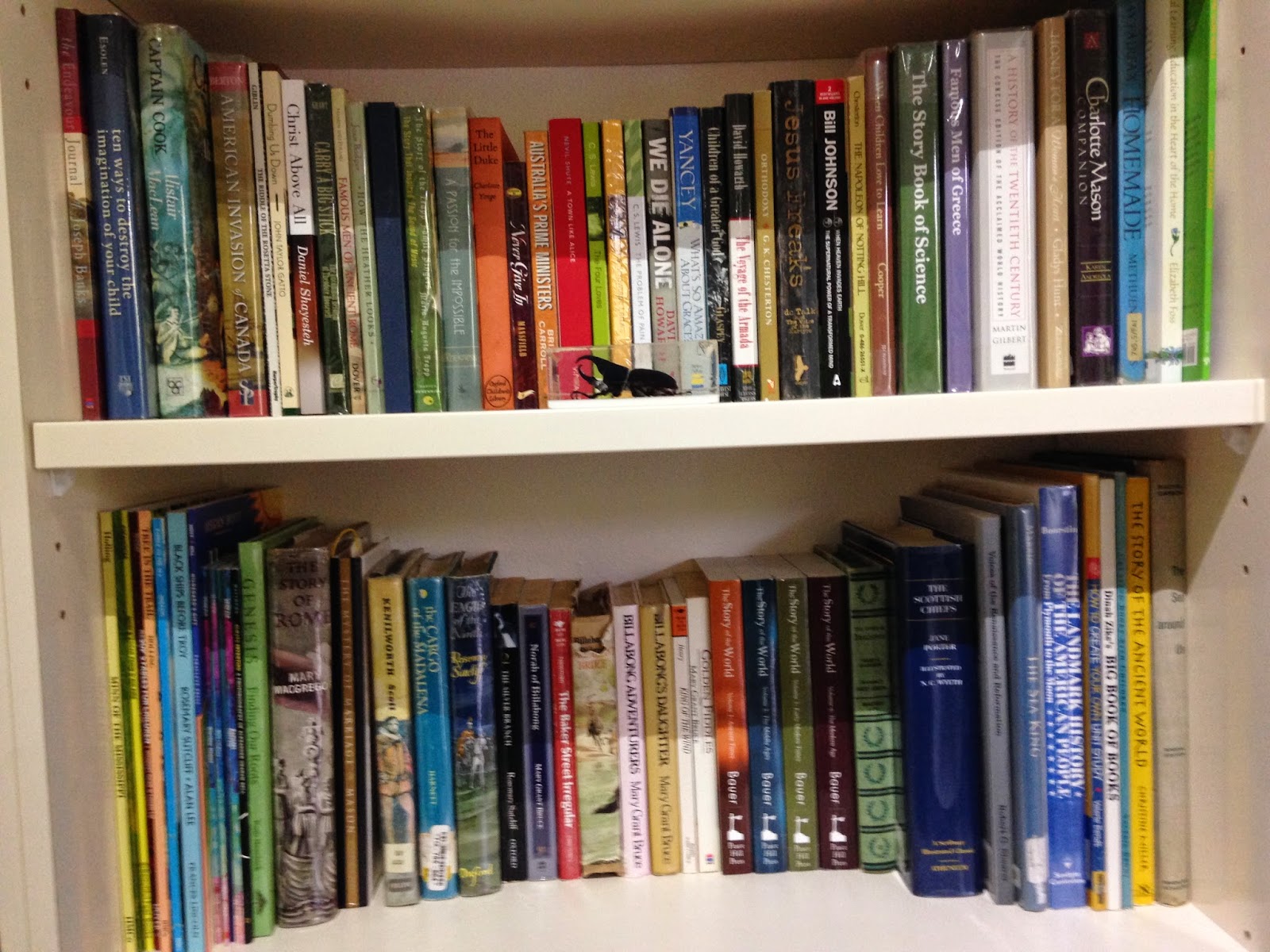 Putting the right books into our children\’s hands helps them develop their thoughts and ideas and bring them to birth. Oral narration allows a late reader or struggling writer to perceive and articulate ideas without the encumbrance of putting them down on paper until they are at a stage of readiness.
Thoughts disentangle themselves as they flow through lips and fingertips.
Oral narration isn\’t second rate. It allows thoughts to disentangle themselves and it\’s difficult work. If you don\’t believe me, try it.
CM talks about giving our children \’enough work of the kind that from its absorbing interest compels reflection and tends to secure a mind continually and wholesomely occupied.\’
There\’s a tendency to minimise the difficulty of the work we give to a student who\’s struggling with reading and writing but sometimes we have to act counter intuitively and allow them a mental challenge.
Once there is fluency in oral narration – and that will come fairly quickly with an older child if they are given compelling and living books to read – they can begin writing their narrations.
Boys often find it easier to use the computer for this and I noticed a marked improvement in the quality of their work if they didn\’t have to wrestle with handwriting at the same time.
Tozer had another interesting thought:
Perception of ideas rather than the storing of them should be the aim of education. The mind should be an eye to see with rather than a bin to store facts in.
I realised in my panic that I was focussing on facts rather than ideas. I was cleaning out out under our stairs yesterday and found a notebook Hoggy used for writing stories in when he was 12 years old. He\’d been reading everything by G.A. Henty he could find, after he\’d weaned himself off the Redwall series (temporarily) and he was inspired to write his own story. Seven years on I have a different perspective and I can see that the books he was reading were beginning to help form his writing. I think I was looking at all the mechanics; his spelling!! etc and I was anxious because I was concentrating on what he couldn\’t do rather than seeing that he had been absorbing ideas all along.

It took me awhile to wake up to the fact that it was story that inspired him and that he could write decently well if he had a model to work from. As I gave him more of a challenge with books over a period of time his writing improved and he became more articulate generally. Part of the problem was lack of confidence and that came as even he could see a vast improvement.

This is part of his story I found under the stairs. He had a list of characters and a prologue: 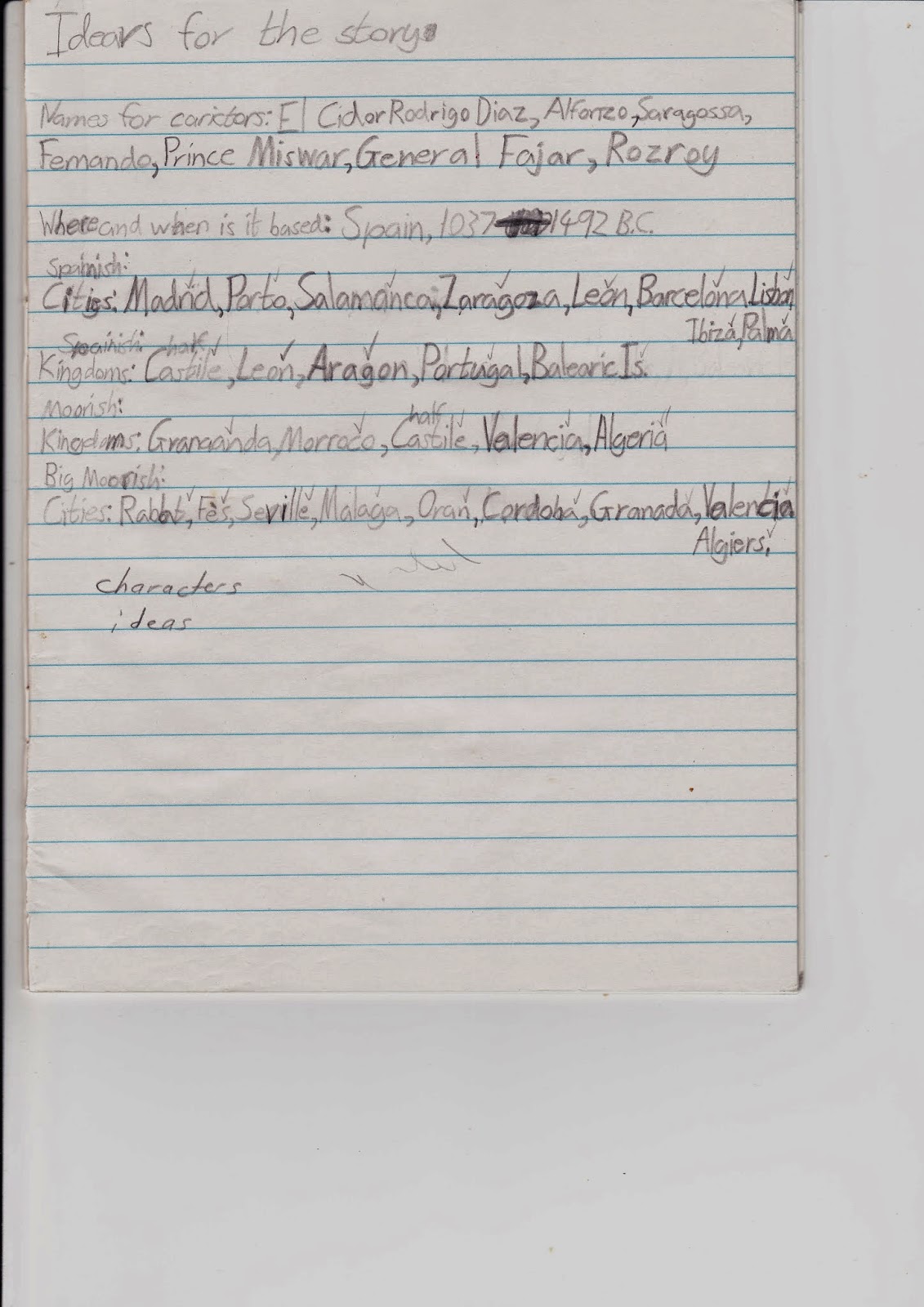 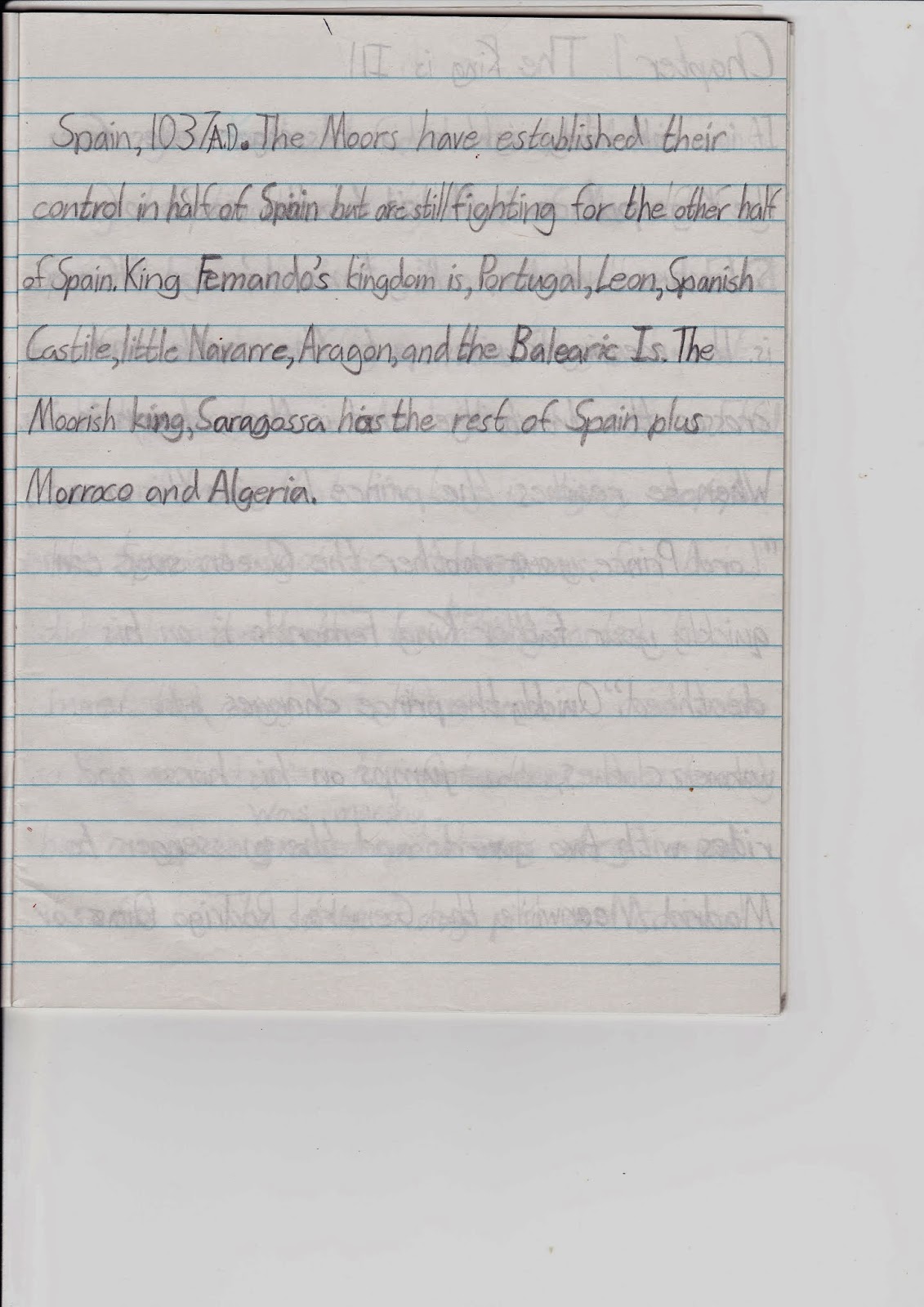 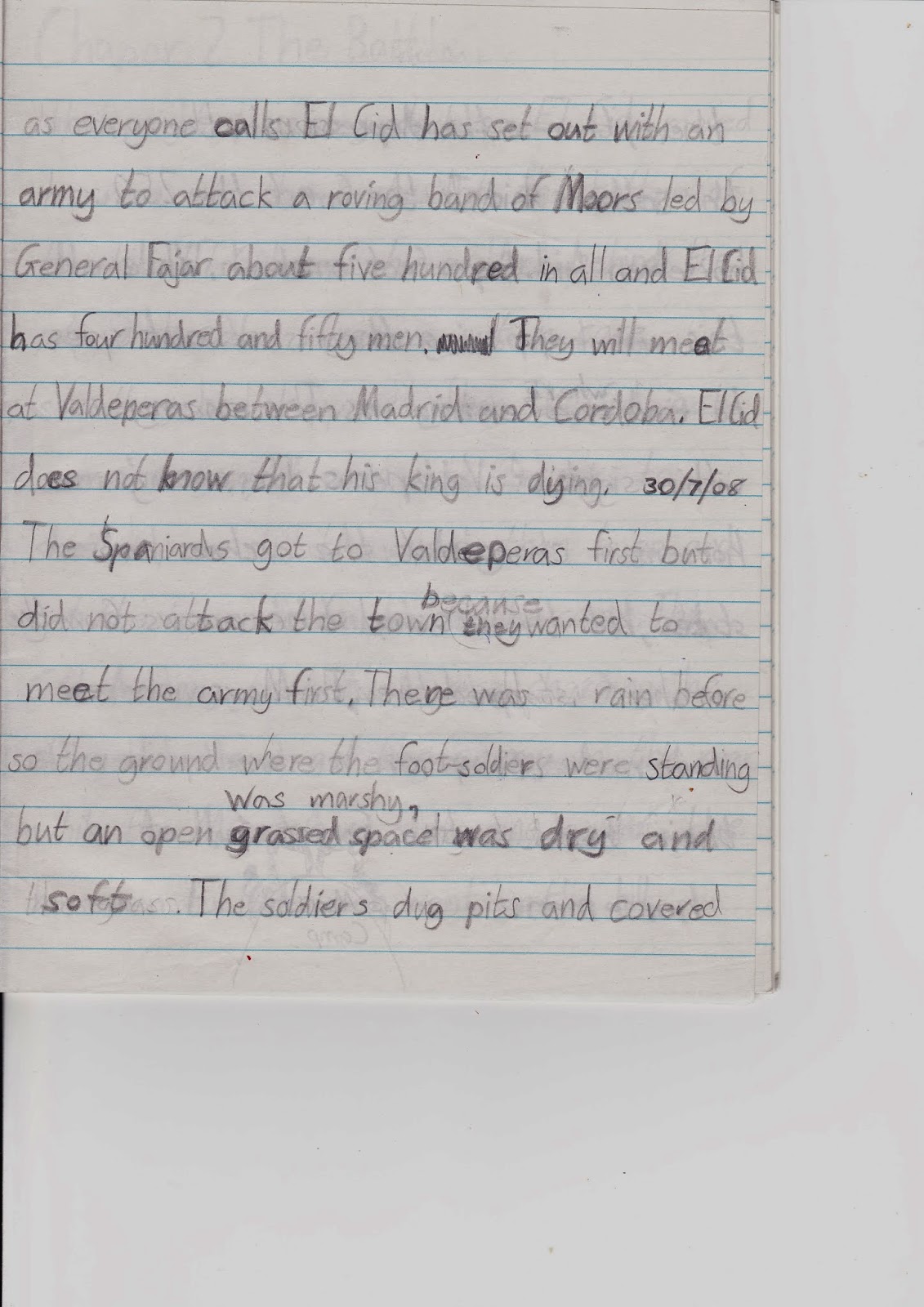 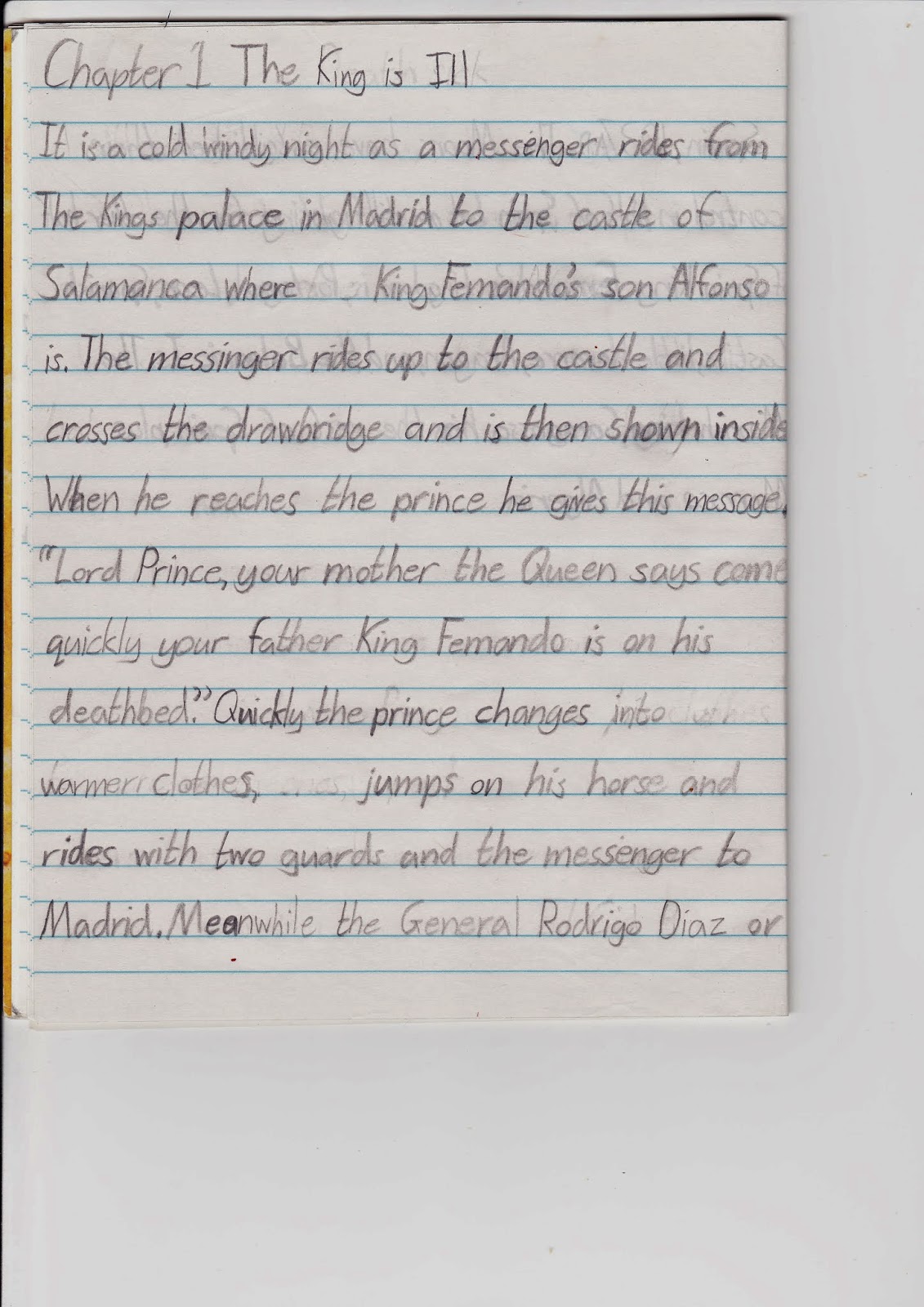 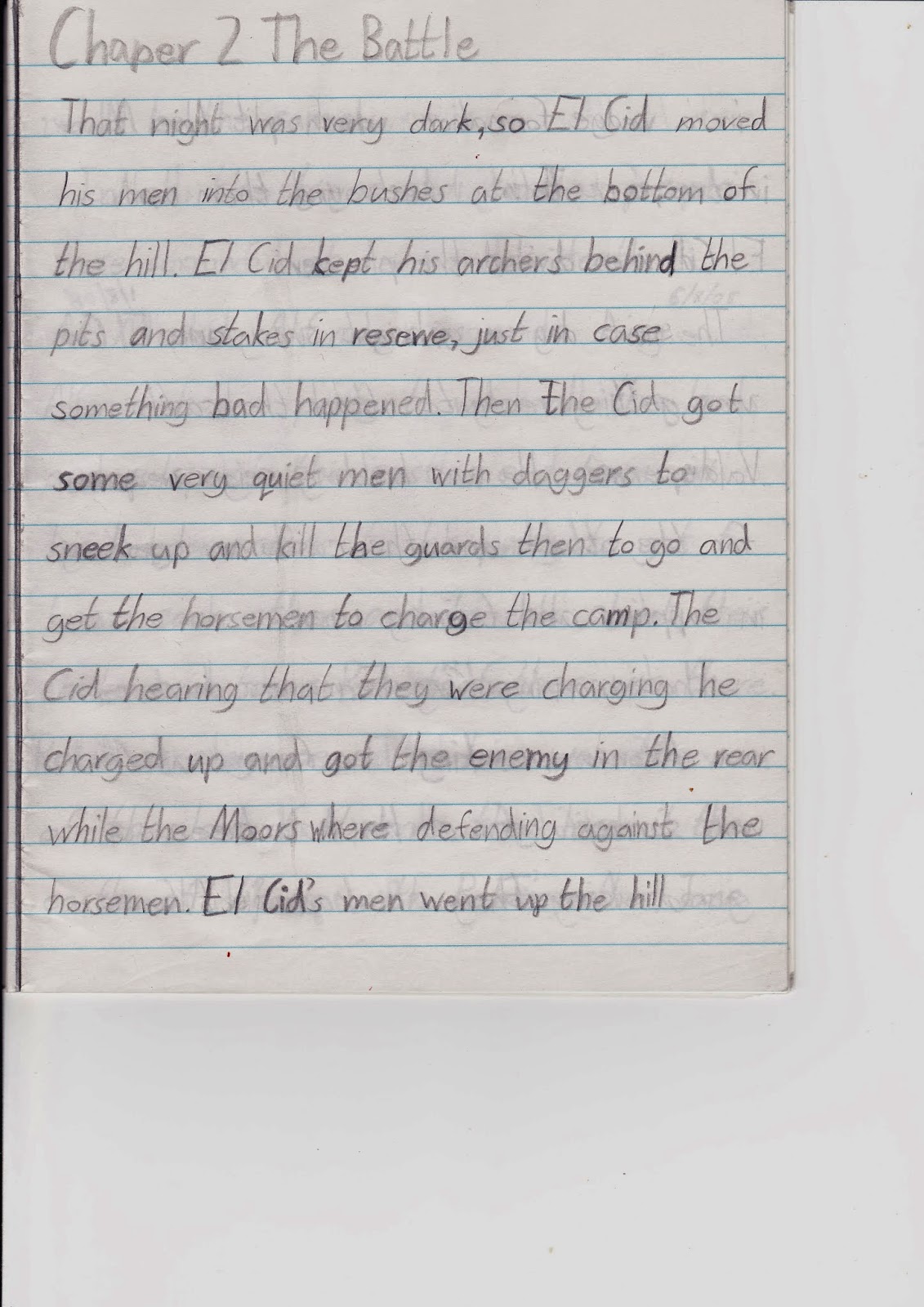 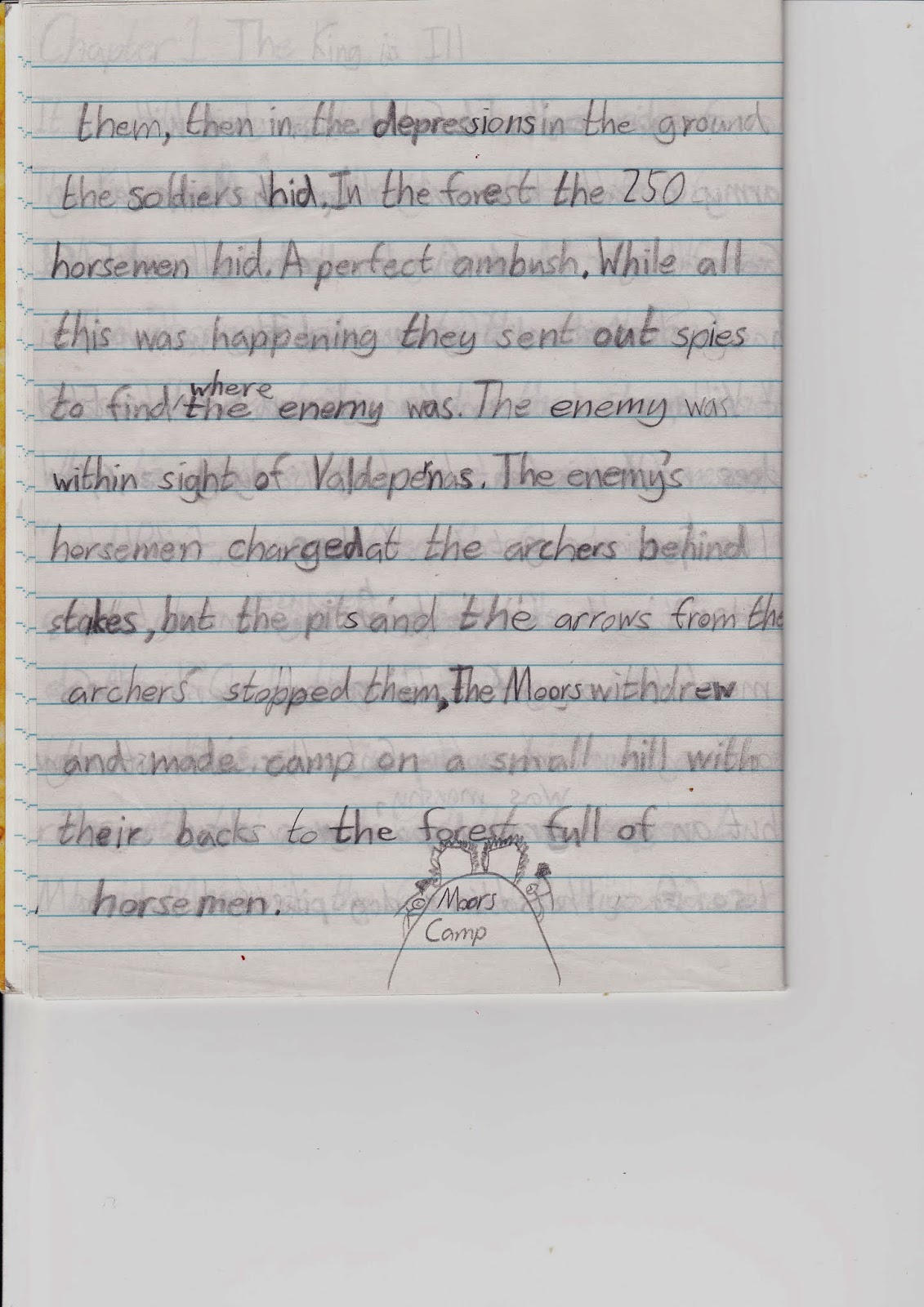 The story went on for another nine pages.

These are examples of his work after he\’d spent time on oral narration: 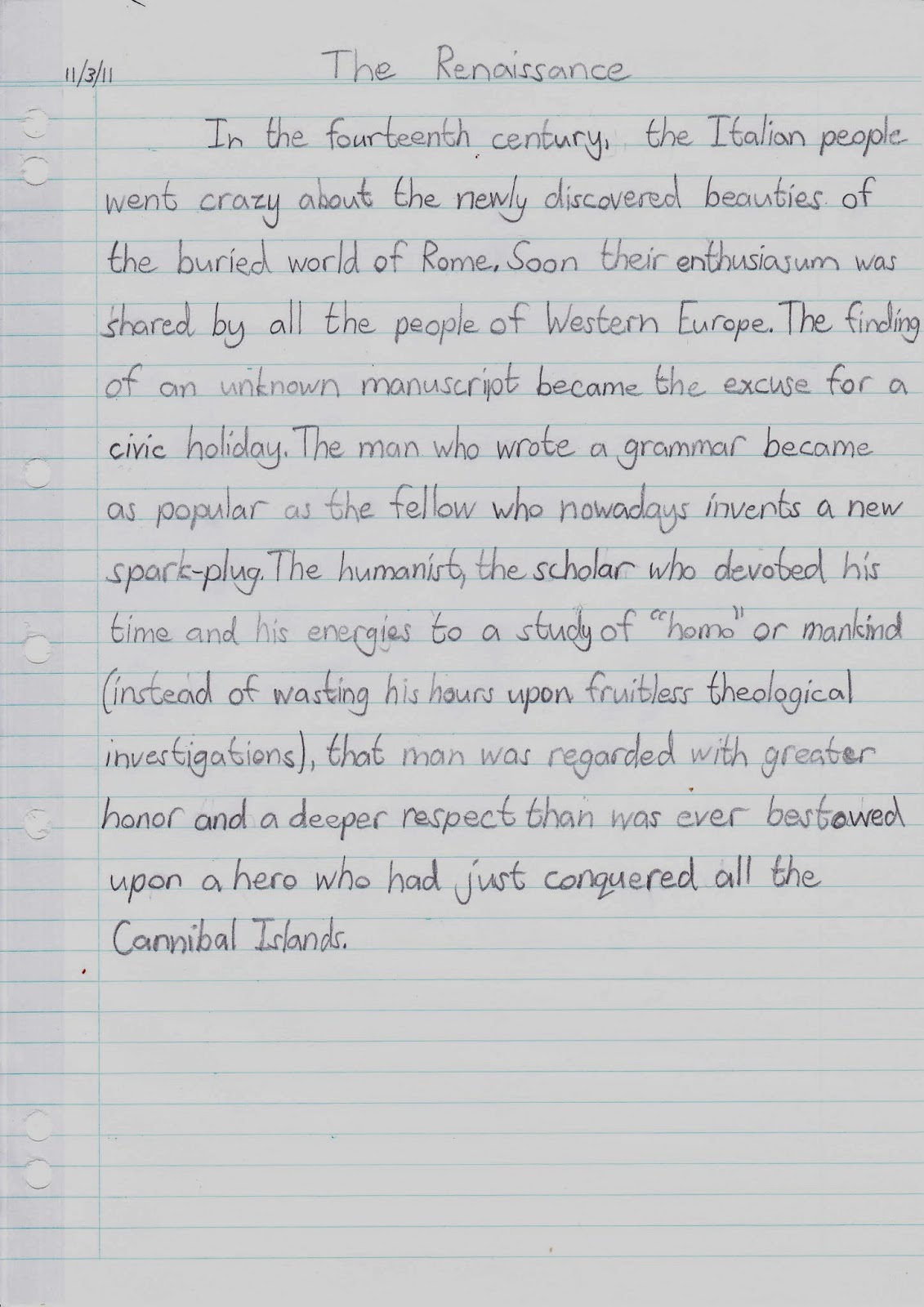 I got him to read aloud his narrations to me and he\’d pick up errors or substitute words if he\’d used a certain  word too often. He enjoyed doing various forms of narrations and when we added The Grammar of Poetry during AO 8, he attempted some poetic narrations. I put some of his work on Pinterest. Studied dictation helped with punctuation and spelling, while still using The Spalding Method, which I highly recommend for anyone who finds reading or spelling difficult. 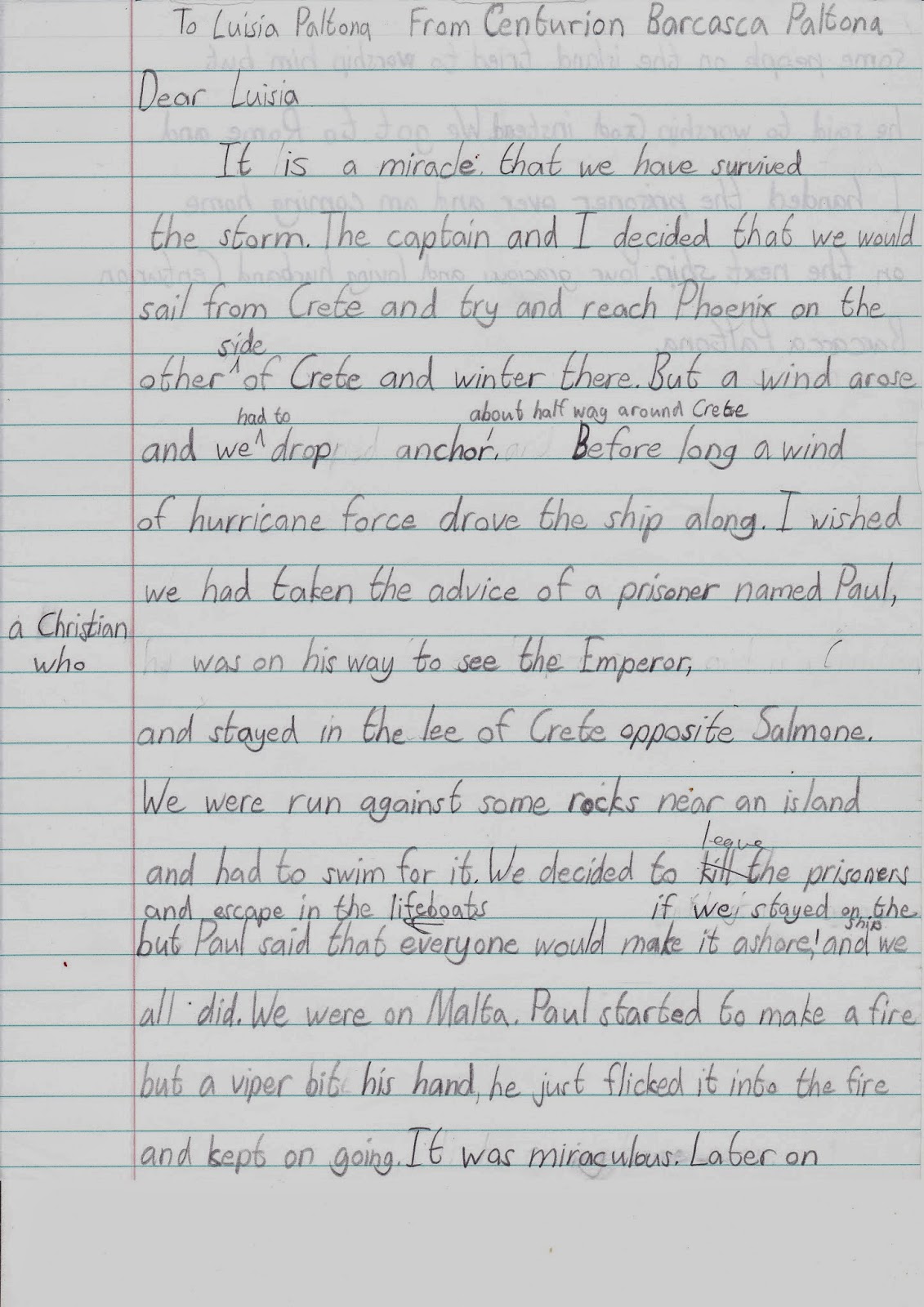 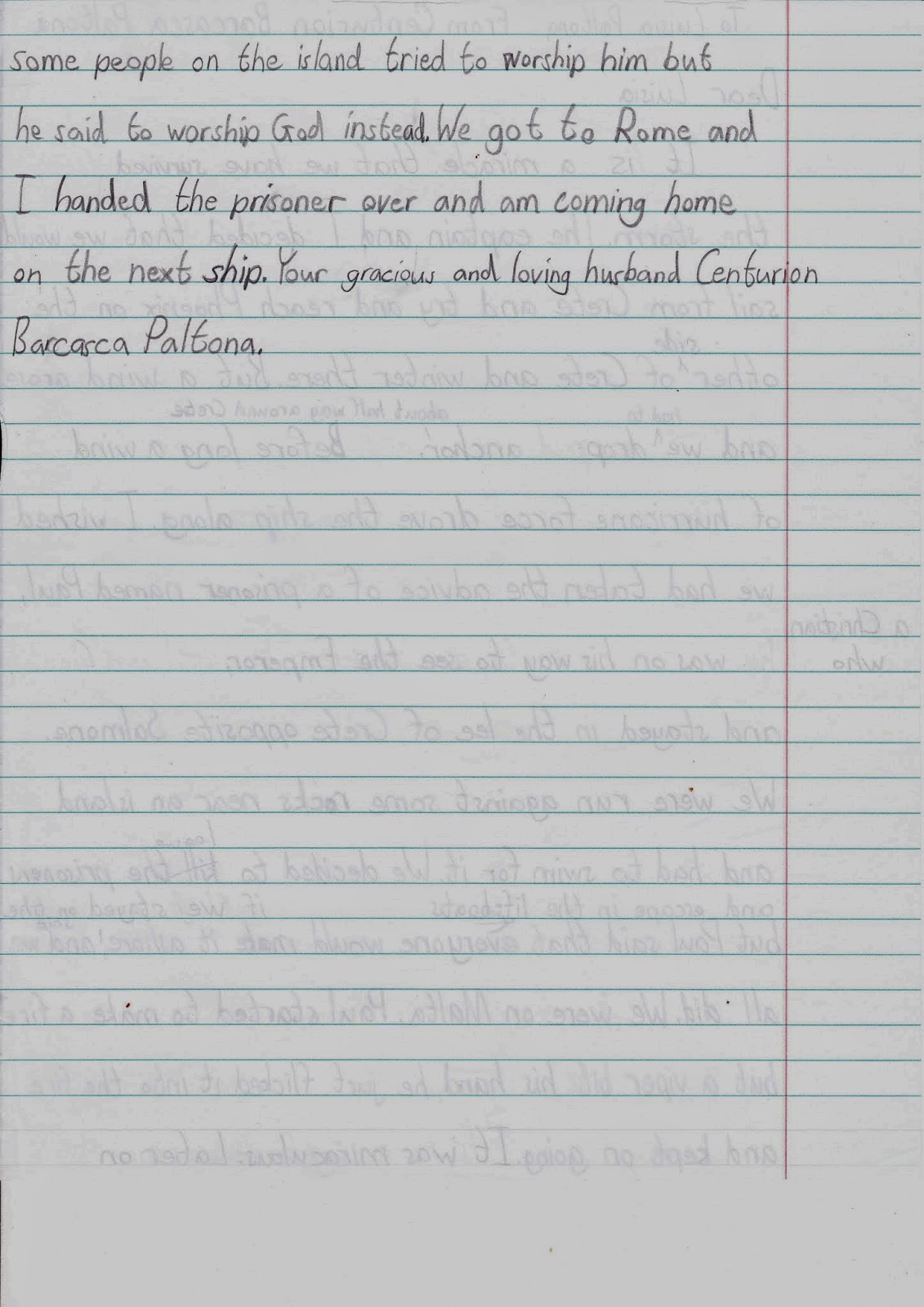 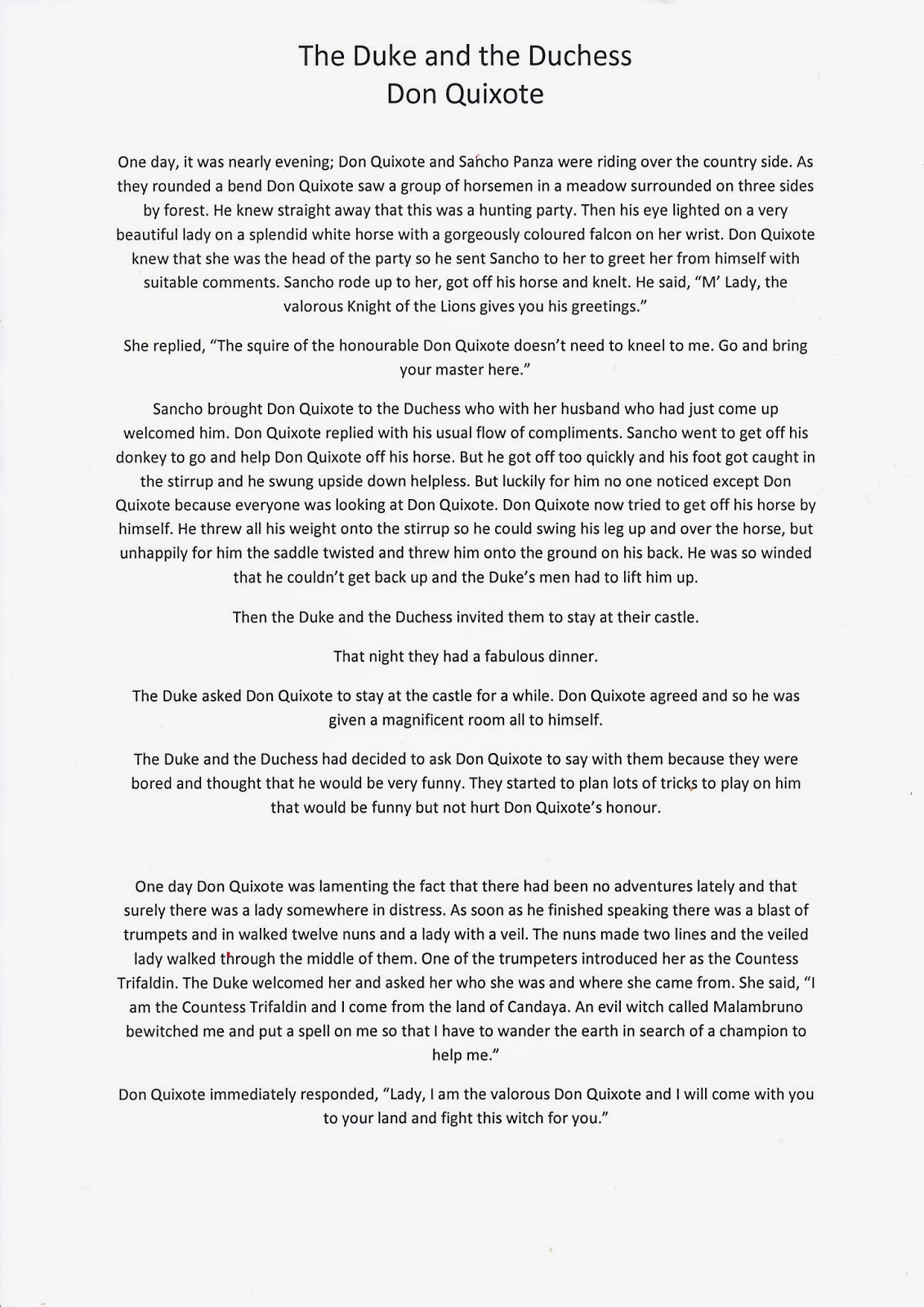 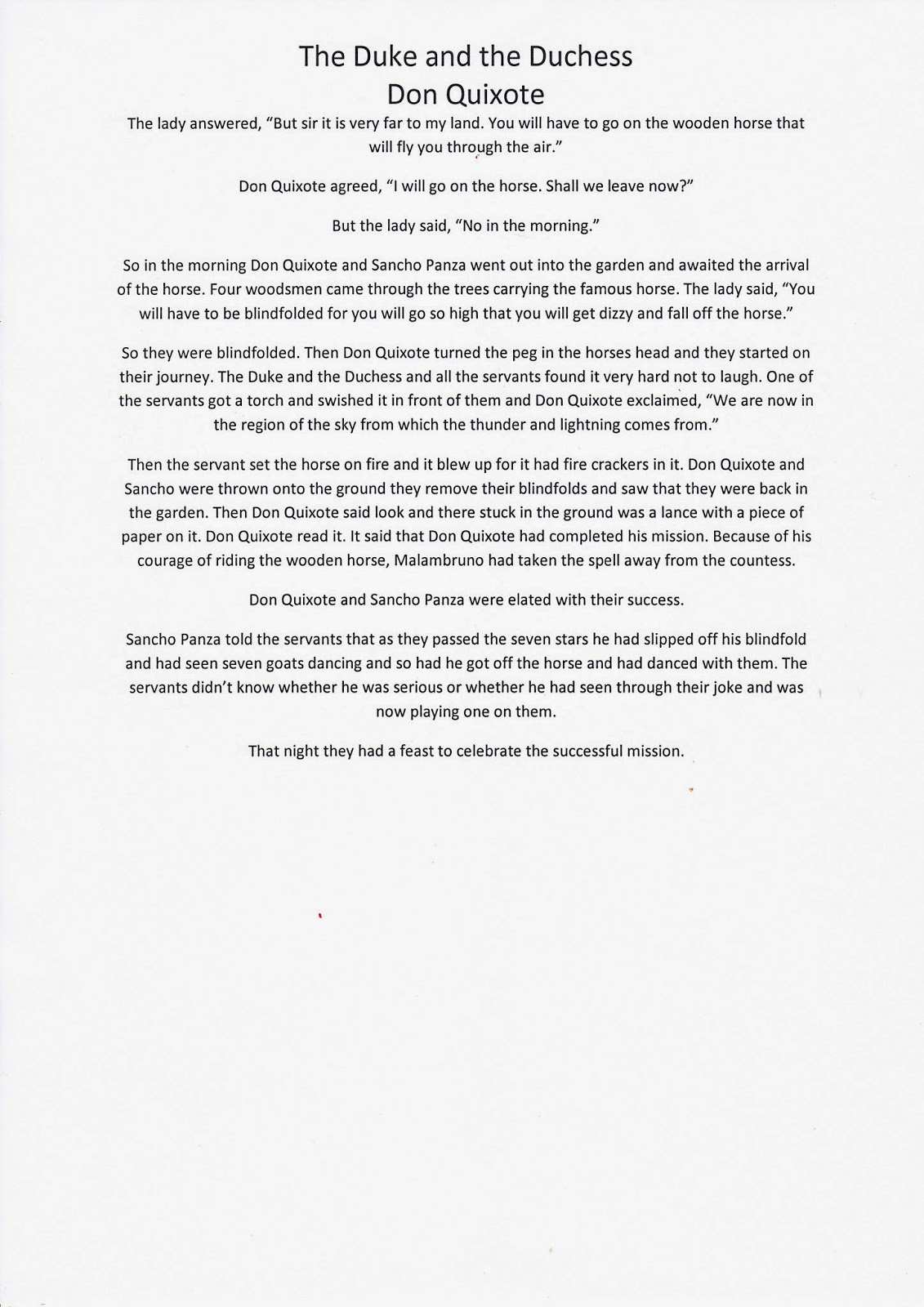 So in summary the keys were:

Update: I found this website a couple of days after posting the above: Is My Child Just a Late Bloomer? Lists some \’red flags\’ regarding reading difficulties.

Written Narration Prompts for Reluctant Writers (journey-and-destination.blogspot.com)
\’The business of education is with us all our lives…\’