These are ideas I’ve used to get my children appreciating and writing poetry.
I like getting them used to hearing the rhythm of verse when they are really little. Simple books like Ten Apples up on Top, Put me in the Zoo and A Big Ball of String are easy to get through with little ones at one sitting. 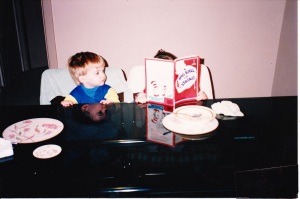 I like collecting poetry anthologies and books of verse and I’ve found many of them for around a dollar at Lifeline sales, Op shops and library sales.
Here are a few of my favourites:

I knew Mother Goose by Tasha Tudor inside out after reading it just about every day to my youngest daughter when she was 2 years old. After a little while she could rattle many of them off herself, which was very cute.

The Golden Treasury of Poetry  is a very good collection of poems, well-illustrated with interesting sections on the poets themselves or the background of the poem. I’ve come across a few books (e.g. Modern British Poetry) where Louis Untermeyer has selected and commented on the poems and I’ve appreciated his selections and what he has to say about them. He includes a number of ballad poems which I’ve found the boys tend to prefer over other types of poetry. 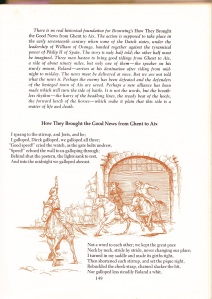 A well known anthology and still in print is Favorite Poems Old & New by Helen Ferris. A chunky volume with over seven hundred classic and modern poems.

Call of the Gums is a great little selection of Australian poems which was published in 1962. It includes Bushsongs & ballads, humour, history, and war poetry. Particulary popular with the boys, some of their favourites poems in this book are: Clancy of the Overflow, Andy’s Gone With Cattle, and How McDougal Topped the Score.

I wouldn’t want to be without any of my poetry books but if I could only have one I’d probably pick The Harp and Laurel Wreath by Laura M. Berquist. What makes this book different to the other anthologies are the helpful study questions, her insightful comments in the introduction about the importance of poetry and her Christian worldview. 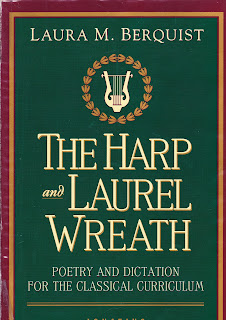 The contents are divided into poems for The Early Years, The Grammatical Stage, The Dialectical Stage and The Rhetorical Stage with suggestions for memorization, dictation, and study questions; 493 pages.
The poems included are selections I’ve been able to use with my children when they were toddlers e.g.The Little Turtle and all the way through highschool.

A book of poems I\’ve been enjoying alongside my daughter while reading Our Island Story by H.E. Marshall is Kings and Queens by Eleanor and Herbert Farjeon. Starting with William I in 1066 and up until Elizabeth II, the book presents amusing but historically accurate poems about the kings and queens of England. Good fun! 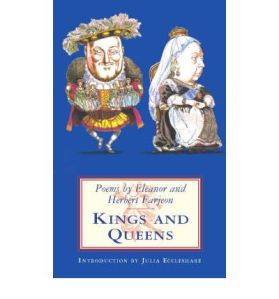 The Grammar of Poetry by Matt Whitling is an Ambleside Online Year 7 suggestion for poetry but it is quite involved and introduces topics such as iambic Tetrameters, tropes, trochaic foot, dactyl and syndedoche. I’ve used it for a few children now and some of them did better with it a year or two later. I used it with my 17 year old last year and found it quite useful but when I tried using it with his 16 year old brother this year it didn’t go down so well so I’ve put it aside. But this young man is enjoying writing songs and I think the years of listening to and memorising poetry has encouraged this. 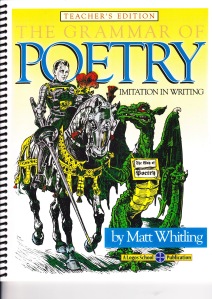 The above edition is the old one so you’d have to get a secondhand copy. The first poem below was written using alliteration and he followed the meter of a poem he’d been reading.
The second poem was a poetic narration of Plutarch’s Dion. I asked him to use some of the vocabulary words in the reading for that week – Plutarch has such great vocabulary!

The following poems are written narrations my 13 year old son did this year: 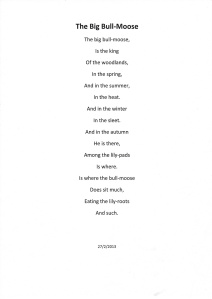 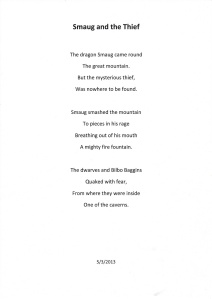 He wrote this acrostic poem when he was about 10:

Reading poetry aloud and discussing what the poet was attempting to convey has been a very enriching experience at times for us. At other times my boys would just blurt out how stupid the poem was (the girls never seemed to do this). They did this with Emily Dickinson’s poems but ballads or historical poems or poems of heroism and brave deeds were never a problem.
Recently I read aloud The Fool’s Prayer and it generated a discussion on the wisdom of well-chosen and well-timed words; another time a poem by the same author gave us an opportunity to talk about using what you have and not using what you have not as an excuse for inaction or cowardice. We’ve also enjoyed  Australian bush songs and ballads put to music – it’s a great way to learn a poem.
Some other poetry books on our shelves:

A Child’s Book of Poems is quite a nice anthology of poems that is suggested for Ambleside Year 1. Gyo Fujikawa’s illustrations are appealingly uncluttered & whimsical.

6 thoughts on “Ideas for Poetry with Children”