When I became a Christian at the age of 19, I quickly realised that so much of my thinking had been unwittingly absorbed or ignorantly adopted from the culture around me, without me really understanding what that thinking would inevitably lead to. Even though I\’d had a dramatic conversion and felt my life had been totally changed, I regularly found my thinking didn\’t line up with a Christian worldview. As George Whitefield said,

\’The renewal of our natures is a work of great importance. It is not to be done in a day. We have not only a new house to build up, but an old one to tear down.\’
Being settled in a good church, serving others, regularly reading and applying God\’s Word, building relationships and learning from others helped me \’build up a new house\’ but there have also been times when someone has spoken to me through the pages of a book about something specific I was struggling with and it was as if the light just went on. These are some of those books with a couple of others that have encouraged me in other areas as a mother.
Going way back to when I first started out with my building project, I discovered the writings of Edith Schaeffer. Two of her books, Common Sense Christian Living and What is a Family? were influential in changing my views of marriage and family which had been warped from the effects of my parents divorce when I was younger.
She spoke with wisdom and experience, supplying the insight of a godly older woman to marriage and family life. These two books have been out of print at different times and I don\’t think they are as well known as some of her other books. Her writing tends to be somewhat wordy also; as a friend of mine once said, \’She could have done with a good editor,\’ but she is certainly worth reading and these two books were a huge help to me back then. 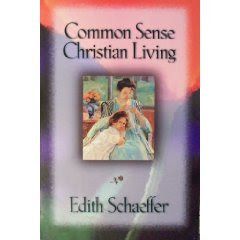 \’We who want to live in the light of the existence of God, and who want to lead balanced lives on the basis of the truth of what exists and also of who we are, need to be aware that the atmosphere or environment has been polluted and that we need some kind of discernment, perhaps seen as a \”gas mask,\” to sift ideas and understanding so that we don\’t become either warped or stifled.\’ 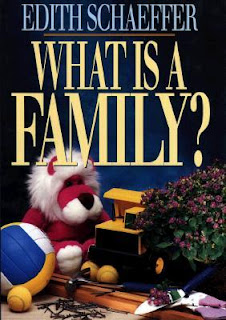 The Way Home – Beyond Feminism back to Reality by Mary Pride was loaned to us when we were engaged and it was very timely for me. I heard about homeschooling for the very first time in this book (I\’d never heard of such a thing before) and because she tackled some strong cultural mindsets and ingrained ideas, she opened up a whole new world to me and made me ask questions which challenged the unthinking beliefs I\’d casually absorbed as I was growing up. I didn\’t agree with some of her views but it helped me think through some issues I\’d never considered or even thought of previously.
\’It\’s modern to want an instant method for producing wonderful children, which is why experts abound. But it\’s scriptural to hang in there and work at doing what God says. Raising kids right is hard work; there\’s no getting around it. But it doesn\’t have to be confusing.\’ 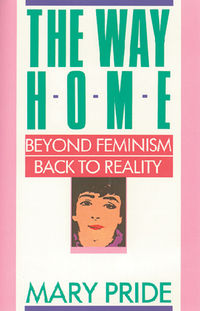 This next book gave me heart at a time when I didn\’t feel much encouragement from anywhere else. A Mom Just Like You by Vicki and Jayme Farris (a mother speaking and her daughter putting it into writing) came into my possession just after I\’d had a miscarriage 13 weeks into a pregnancy. It was a very painful and difficult time for me as I had other dramas to deal with at the same time but reading about another woman who had faced similar struggles in the midst of homeschooling a large family was a balm to my soul and gave me hope. She shares very honestly and practically about family life, the importance of a Biblical foundation, marriage and homeschooling a range of ages.

I usually steer away from books that tell me how to be organised and show me detailed schedules for meals and keeping the house clean. I know how to do all that, but I don\’t always feel like I want to do it or have enough motivation or energy to put it into practice. I struggle with having to make regular meals and many other things that might be classed as drudgery, but two books I stumbled upon by author Elizabeth George went to the heart of the matter and as I\’m writing this I am thinking that I need to re-read them and get inspired again.
Beautiful in God\’s Eyes – focuses on Proverbs 31, and A Woman After God\’s Own Heart  are both practical and inspirational reads. 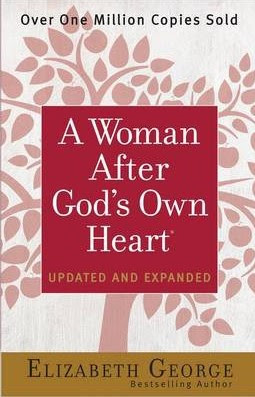 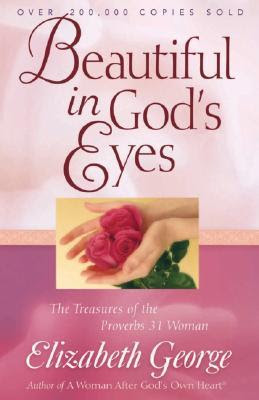 5 thoughts on “A Mother\'s Journey”