I wrote a few months back about expanding the scope of my reading and trying out some new authors as part of implementing Mother Culture.

I mentioned that reading Charlotte Mason\’s Original Home Education series and not relying on interpretations of her works (even though I\’ve found them helpful at times and enjoyed reading many of them) has helped me understand the principles that undergird her methods.
Before I started reading Charlotte Mason\’s own writings I\’d often question this or that idea and wasn\’t always convinced it was going to work for us. The long, slow reading of multiple books was one of those ideas that didn\’t grab me at first – if I was reading something I\’d always finish it before I\’d start something else. If I was reading a book aloud I\’d never think to stop at a good bit and leave everyone in suspense. I liked to keep going if I thought I was on to a good thing – if I put the book aside we\’d lose momentum, or something.
After reading A Philosophy of Education I started to assign my children a larger number of books to read over a longer period of time than what they\’d previously done and I cut down on the amount of reading aloud I did over the week, extending the books over a longer time frame. I was pleased with the results – there was better retention and I didn\’t feel so rushed.
I decided to try doing this in my own personal reading and started to read some meatier, longer books knowing that I was not in a rush and could space the reading out. I kept a record of when I started and finished each book and a note here and there commenting on what I thought about it.
Here are some of the books I\’ve read (or am still reading):
Little Dorritt by Charles Dickens (1812-1870) 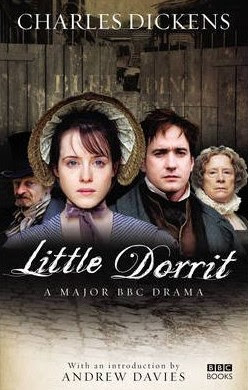 Not a new author for me and possibly one of the easier to follow Dickens plots – or maybe I\’m just more used to him now.
Like all Dickens\’ novels there are many threads to this story but the main characters are Amy, otherwise known as Little Dorritt, a young woman born and bred in a debtor\’s prison, and Arthur Clenham, recently returned to England from India after his father\’s death to face his cold, rigid and severe mother, believing someone had been wronged by their family and desirous of seeking justice for the wronged party.
Little Dorrittakes the reader first to France, then England and on to Italy – which apart from A Tale of Two Cities is his only novel I can recall that leaves London. I loved Dickens\’s description of Arthur:
\’Bred in meanness and hard dealing, this had rescued him to be a man of honourable mind and open hand. Bred in coldness and severity, this had rescued him to have a warm and sympathetic heart. Bred in a creed too darkly audacious to pursue, through its process of reversing the making of man in the image of his Creator to the making of his Creator in the image of an erring man, this had rescued him to judge not, and in humility to be merciful, and have hope and charity.\’
The Brothers Karamazov by Fyodor Dostoevsky (1821-1881)
I\’m only half way through this book and I really don\’t know what to think of it. I\’ve been tempted to give up and have wondered why I\’m bothering with it at all. I\’ve just come to an interesting section and I\’m hoping it will all fit into place and I\’ll understand why it is up there in the must read classic pile.
I probably should have started with Crime and Punishment for my first foray into Dostoevsky territory – it\’s shorter and a friend said that she loved it but I\’d already started reading the other for a bookclub I\’m involved with so I\’ve kept going. The Mayor of Casterbridge by Thomas Hardy (1840-1928)
My first introduction to Thomas Hardy was Tess of the D\’Urbevilles, which I thought was very fatalistic and quite depressing. I appreciate his style of writing though; it is quite lovely and descriptive, but Tess, an innocent young woman, was always in the wrong place at the wrong time, with everything against her, and every way of escape barred to her. It was as if her fate were determined by some malignant personality and would run its course come what may.
The Mayor of Casterbridge still retains some of this fatalism but it has more to do with the character of the protagonist, Michael Henchard – as Hardy said in reference to Henchard, \’Character is Fate.\’
Young Michael Henchard gets drunk and sells his wife and young daughter to Richard Newson, a sailor passing through the village fair. The next day when Henchard is sober and remorseful he searches for his family but it is many years before he sees his wife, Susan and her daughter again.
Twenty years later, with Newson missing presumed lost at sea, Susan arrives in Casterbridge with her daughter to seek out Henchard and they are reunited as man and wife. But has he learnt anything from the effects of his rash behaviour? 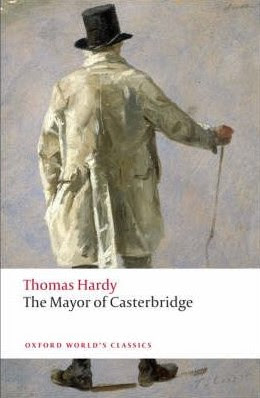 The proverb, \’A double-minded man is unstable in all he does,\’ sums up Henchard\’s character. One minute he is behaving like a fool and plunges into erratic and callous behaviour, the next he is full of remorse and realises what an idiot he has been but then has to face the repercussions of his previous actions.
I think this book makes a powerful statement on the issue of personal character and how much influence it has on our lives. Our decisions, attitudes, actions and reactions over time reveal our true character.
The temporary nature of Henchard\’s numerous episodes of \’repentance\’ showed that his basic character remained unchanged throughout his life – he was a double-minded man. It brought home to me how essential it is to be redeemed from our old way of life for real, lasting change to occur.
\’Henchard…...was incensed beyond measure when he learnt what the young man had done……his voice might have been heard as far as the town-pump expressing his feelings…..These tones showed that, though under a long reign of self-control he had become Mayor and churchwarden and what not, there was still the same unruly volcanic stuff beneath the rind of Michael Henchard as when he had sold his wife at Weydon Fair.\’
Opening Night by Ngaio Marsh(?1895-1982)
A New Zealand crime writer and one of the \’Queens of Crime\’ in the 1920s to 1930\’s alongside Agatha Christie, Dorothy Sayers and Margery Allingham.
Opening Night is a murder mystery set in a theatre in England and involves Martyn Tarne, a young penniless New Zealander trying to find work as an actress. She is taken on as a dresser at The Vulcan Theatre where a suspected suicide turns into a murder investigation. Ngaio Marsh\’s background included theatre production as well as writing and painting and a number of her books were set in the theatre or involved actors. Opening Night, in addition to being a good mystery, was also an interesting look into the world of theatre life and acting.
Here is some information about this author.
Mystery Mile by Margery Allingham (1904-1966)
A recent new author for me, Margery Allingham was a British crime writer who published her first novel when she was seventeen. Albert Campion is the eccentric and mysterious young amateur detective in this particular novel.
When American Judge Crowdy Lobbett has attempts made on his life his son convinces him to leave the country. On board the ship to England Albert Campion comes into the story when he saves the judge from an attempted electrocution and offers to take him and his son and daughter to an isolated manor in England.
This book is an entertaining read and moves quickly but it is well written.
I\’ve only read this novel and one other, Black Plumes, which I enjoyed also. I think Margery Allingham\’s writing style sits somewhere between Dorothy Sayers\’ and Agatha Christie\’s and she has a neat sense of humour.
Some biographical details of this author are here.
Mr Albert Campion
Coups neatly executed
Nothing sordid, vulgar or plebeian
Deserving cases preferred
Police no object 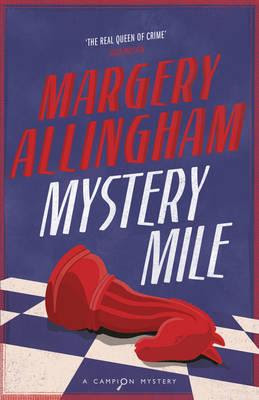 I\’ve really enjoyed the (mostly British) crime writers from this era. They wrote cleverly crafted, interesting stories without the shock value of more contemporary crime books and they feature likeable and sometimes quite eccentric detectives. They are also a good introduction to this type of writing for younger folk – I’d say around 15 years of age for the books I mentioned here.
\’The business of education is with us all our lives…\’