A book I\’ve used for the chronological study of Ancient Israel is the Greenleaf Guide to Old Testament History. The guide organises 196 readings through the Bible in chronological order with suggestions for further study and narration questions. The narration questions were a very helpful start for me when I first started learning about the Charlotte Mason approach to learning.
Greenleaf Press also publish a guide to Ancient Egypt which fits in well with the readings from the book of Exodus. You can read about them here. They\’ve been around for many years and I like their simplicity and their ease of use with multiple children. 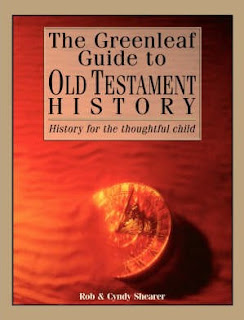 30 Days to Understanding the Bible by Max Anders

There is an appendix at the end of the book which contains reproducible images to use as teaching helps. There is also a teaching plan which is more suitable for a group of older students or adults which I didn\’t use. 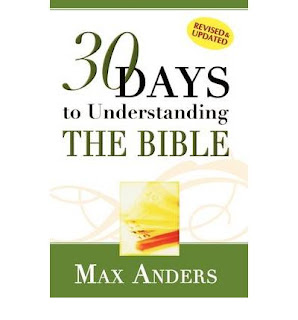 Sections 1& 2 contain 19 chapters and we covered one chapter one day a week with review on the other days.
At the beginning of each chapter the author has a short anecdote, story, or example from history which I read aloud to everyone. Then I read, for example, about the Patriarch Era and learned a story line summary i.e. \’Abraham is chosen by God to \”father\” a people to represent God to the world.\’
Then I read about the 4 major men in the Patriarch Era: Abraham, Isaac, Jacob & Joseph and covered the geography of this era using maps provided in the book which I enlarged before printing. 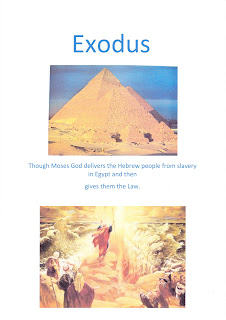 As we finished each era everyone made a notebook page for that era, a total of twelve. The author called these 12 eras The Arc of Bible History. Whenever anyone wrote a Bible narration or a narration pertaining to one of the eras we\’d covered  it was placed in the appropriate section of their History notebooks.

This was very useful for helping them understand the Bible as it relates to history and gave them a visual sense of the chronology as we went through the eras and placed a title page like the Exodus page to the right.
If they did a narration on Alexander the Great, for example, I would ask, \’Where would you place Alexander in the arc of Bible History?\’
\’Well he was between the Old & New Testaments so he belongs in the Silence Era.\’
\’What is the story line summary of this era?\’
\’Pharisees and others entomb the Israelites in legalism for the next four hundred years.\’

I found it quite an easy book to adapt to our situation – another resource which can be used successfully with multiple ages. 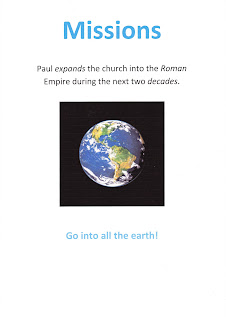 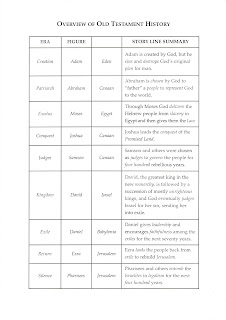 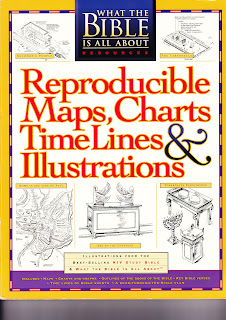 The above book has some good reproducibles for Bible timelines and maps in particular. (Gospel Light Publication) 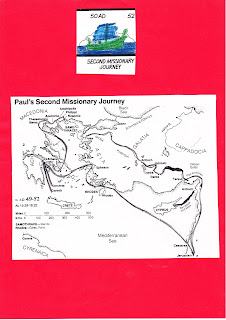 Free notebooking pages for Bible & Ancient Cultures can be found at:

The Story of the Ancient World by Christine Miller is a revised and expanded edition of the work of H.A. Guerber and is a narrative of the history of the Old Testament up until the time of Alexander the Great. It includes the history of the Sumerians, the Egyptians, the Phoenicians, the Assyrians, the Babylonians, and the Persians interwoven with the Biblical narrative. There is also a recommended reading list that corresponds with the chapters in the book. 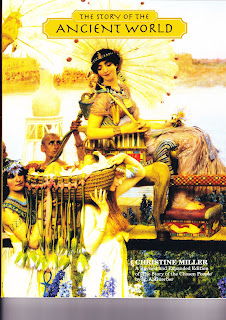 A helpful book to have alongside when studying Bible history is Journey Through the Bible by V. Gilbert Beers. Well illustrated and lots of helpful cultural insights, archaelogical finds and maps. 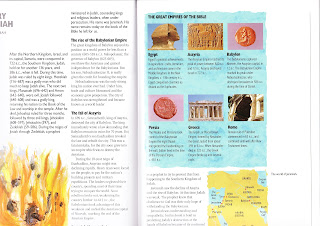 Set in 1590 BC at the time of the Egyptians\’ fight for freedom against their Hyksos invaders.
Hittite Warrior by Joanne Williamson
Based on an episode from the Book of Judges at the time of Deborah and Barak, about 1200 years before the birth of Christ.

God King by Joanne Williamson
This story takes place around 710-702 B.C. and involves a young prince, heir to the throne of Kush and Egypt who flees for his life to the land of Judea where he encounters Sennacherib, the mighty Assyrian King and the Jewish King Hezekiah.

The Destruction of Sennacherib
The Assyrian came down like the wolf on the fold,
And his cohorts were gleaming in purple and gold;
And the sheen of their spears was like stars on the sea,
When the blue wave rolls nightly on deep Galilee.
Like the leaves of the forest when Summer is green,
That host with their banners at sunset were seen:
Like the leaves of the forest when Autumn hath blown,
That host on the morrow lay withered and strown.
For the Angel of Death spread his wings on the blast,
And breathed in the face of the foe as he passed;
And the eyes of the sleepers waxed deadly and chill,
And their hearts but once heaved, and for ever grew still!
And there lay the steed with his nostril all wide,
But through it there rolled not the breath of his pride;
And the foam of his gasping lay white on the turf,
And cold as the spray of the rock-beating surf.
And there lay the rider distorted and pale,
With the dew on his brow, and the rust on his mail:
And the tents were all silent, the banners alone,
The lances unlifted, the trumpet unblown.
And the widows of Ashur are loud in their wail,
And the idols are broke in the temple of Baal;
And the might of the Gentile, unsmote by the sword,
Hath melted like snow in the glance of the Lord!
By Lord Byron (Gordon George)

Victory on the Walls, a Story of Nehemiah by Friedan Clark Hyman.
Nehemiah\’s story told through the eyes of his nephew. Set in 445 BC when the Jews returned from exile to rebuild Jerusalem.

A picture book story telling of the Maccabees stance against Antiochus IV.

The following books centre around the time of Jesus:

Vinegar Boy by Alberta Hawse
A very moving story about a young disfigured boy who is present when Jesus is crucified. A great read aloud.

The Robe by Lloyd C. Douglas
A Roman soldier on duty at the crucifixion wins the robe of Jesus at a game of dice. He believes Jesus to be an innocent man and when he is cajoled into later wearing the robe at a banquet held by Pontius Pilate, he becomes mentally deranged.

For the Temple by G.A. Henry

Masada, The Last Fortress by Gloria D. Miklowitz. The siege of Masada in 72A.D.
Basically everyone dies – which is what actually happened – so a preview might be a good idea.

Pearl Maiden by H.Rider Haggard
Set in Rome in the first century. Online here. Also at Librivox – I haven\’t listened to it so I\’ve no idea how good the narrator is.